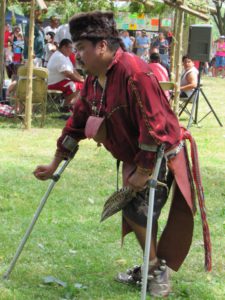 FARMINGTON, N.M. — The Native American Disability Law Center on Monday asked the Indian Health Service (IHS) for reassurance that agency provisions are in place to make sure with American Indian and Alaska Natives with disabilities have equal access to medical care and equipment during the COVID-19 pandemic.

“Frequently, people with disabilities are viewed as having a lower quality of life, which is not true. All individuals regardless of having a disability or not deserve an opportunity to live full lives. During this time especially that means everyone deserves equal access to medical care,” the Law Center’s Executive Director Therese Yanan said.

Yanan says calls and emails to regional and national IHS staff and leadership have gone unanswered, and the situation at IHS hospitals continues to worsen.

Yanan said IHS needs to make their medical rationing policies publicly available and fulfill its mandate to provide services in a non-discriminatory manner with language that safeguards the civil rights of Native Americans with disabilities.

“In this public health emergency, Native Americans with disabilities are especially at risk. Medical care rationing protocols can include ‘quality of life’ considerations that open the door to negative stereotypes about the lives of people with disabilities that can result in not being equally considered for medical care, like use of a ventilator, that they have a legal right of equal opportunity to. This equal opportunity is required by federal anti-discrimination laws, such as Section 504 of the Rehabilitation Act,” Yanan said.

An inquiry to IHS by Native News Online was not answered by press time.