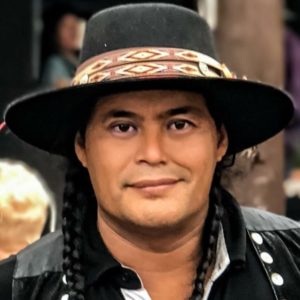 Pope is activist who spent time at Standing Rock fighting the Dakota Access pipeline and is said to be well respected by elders according to news sources. Pope was featuted in a TEDxSeattle talking about his activism called "Lessons of Courage from Standing Rock."After his arrest, the TEDxSeattle organization took down the YouTube video of Pope's talk.

He has been featured on FOX's "The O'Reilly Factor" about his perspective on Thanksgiving.

Pope is accused of sexually assaulting women who were recorded while they appeared to be unresponsive and even unconscious during the sexual encounters. Santa Fe police began its investigation in early June 2018 after Pope’s roommates discovered video that show him raping unconscious women.

Police say Pope’s roommates believe the alleged rapes occurred in Santa Fe and Seattle, Washington. They say they commute back and forth between both cities.

Pope is a member of the Tlinget tribes of the Northwest according to court documents. He is a attorney who received his law degree from Seattle University. A website lists him as an attorney for the Tulalip Tribal Court in Washington state.