A Navajo Engineer Talks About Life at NASA, and the Rover Set to Land on Mars 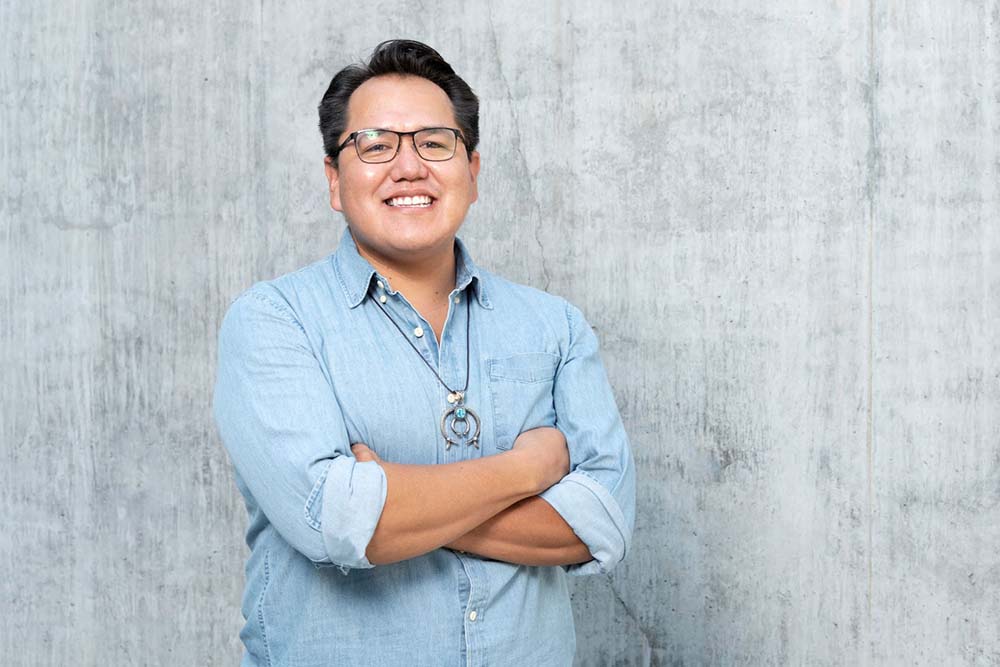 A NASA rover launched from Earth six months ago to collect rock core samples on Mars will make landing on a dry lakebed on the red planet this afternoon. The Perseverance Rover — the fifth robot NASA has launched since 1997 as part of a larger mission to understand whether life exists on Mars — has a name that holds significance for both the pandemic launch, and also for team members like Aaron Yazzie (Diné), one of just a handful of Native Americans working on the project.

The car-size Perseverance Rover will extract rock samples from Jezero Crater over the next two years. Yazzie, a mechanical engineer at the NASA Jet Propulsion Laboratory in Pasadena, Calif., told Native News Online that when a meteorite hit the planet 3.5 billion years ago, there was a lake in the crater, meaning that core rock samples are likely to hold ancient rock information.

“Because Mars and Earth are rocky, terrestrial planets, they both developed over billions of years in a similar way,” he said. “But at the same time, if we know that Mars and Earth have developed similarly over so long, then why do we look like we do, and they look different? And also, is there a possibility that life could have formed there just like life forms on Earth? It's a very plausible question that it's going to be really exciting to to find out the answer to.”

The $2.7 billion mission, which blasted off from Cape Canaveral, Fla., on July 30, was named by a school kid in a competition just weeks before Covid-19 shut down the nation. That namesake soon became a reality for the hundreds of employees scrambling to ready the mission.

"I can tell you, this is not what scientists usually do,” Ken Farley, Perseverance project scientist at the California Institute of Technology, said during a press conference. “Scientists do not usually perform under these kinds of circumstances.”

For Yazzie, Perseverance represents something more than remote work, plus the five years he spent on the project developing the rover’s drill, which will carve out Mars rock. It also represents his ancestral journey from the Navajo Nation to, now, space.

Yazzie grew up in the painted desert just outside of the Navajo region in northern Arizona. As a kid, he would play on the mesas in the reservation, kicking up red dust with his cousins.

“If you took a picture of us way back when playing on those foothills and mesas and sand desert and everything, it looks like we're playing on Mars,” Yazzie said.

His parents were the first in their families to attend elementary school, where they learned English, and then eventually go on to earn college degrees. “I was able to start on their shoulders and move on from there to get this amazing career,” he said. “So perseverance is an excellent theme, not only for me, but for my entire history, my family's history, my peoples’ history.”

Yazzie indirectly began his journey to NASA in high school.

He got involved with the American Indian Science and Engineering Society (AISES), an organization that aims to increase Indigenous representation in science, technology, engineering and mathematics (STEM). Yazzie participated in various internships at NASA, and eventually attended Stanford University for his undergraduate degree.

“People often ask me, did I always know that I wanted to work at NASA when I was a kid? And the answer was no, I never even considered it as something that was available to me or possible for me in my future,” he said. “As a Native engineer working in the STEM field, you can feel like you're the only one who is like you from your background.”

According to a 2015 report by the National Action Council for Minorities in Engineering, although Native Americans and Alaska Natives make up 1.2 percent of the total population, they represent just 0.4 percent of all engineering bachelor's degree recipients, and 0.3 percent of the engineering workforce.

But, as the Smithsonian points out, “Indigenous Peoples of the Americas have always been accomplished scientists and innovators in ways that value balance and unity with the environment.”

For Yazzie, that has meant pursuing origin stories ingrained in him from childhood. Navajo children are told stories of how land forms and how constellations in the sky came to be in order to better understand their identity and their connection to the land, he said.

“It's very important for us to understand where we came from, and our origins,” Yazzie said. “When I'm doing this work for NASA, it feels like a similar goal, like I'm trying to find the origins of a rocky planet and understand how life might have formed over billions of years ago.”

He encourages Native youth to pursue big dreams by taking advantage of small opportunities, like internships and summer programs.

“If they really want to do something big, like work at NASA one day, they can do it,” he said. “They're capable, and that they can do it if they want to.”