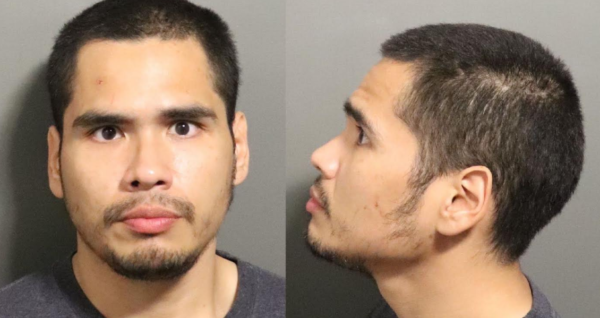 LAWRENCE, Kan. — Police in Lawrence and the Federal Bureau of Investigation (FBI) made an arrest Thursday afternoon in connection to the teepee fire on a Native college campus that occurred early last Saturday morning.

Arrested was Ryan Sekayouma Simpson, a 32-year-old American Indian man, who was taken into custody and booked on suspicion of intentional arson and two counts of criminal trespassing. According to the Douglas County Jail website, Simpson remained in custody on Thursday evening.

At about 4:30 a.m. last Saturday, May 9, the Lawrence-Douglas County Fire Department was called to the university campus because the teepee was on fire.

Haskell Indian Nations University is a federally operated university. Haskell was originally an Indian boarding school when it was established in 1884. It now has a student population of 1,000 each semester.