10 Dead, 15 Others Injured in Multiple Stabbings On or Near James Smith Cree Nation in Saskatchewan 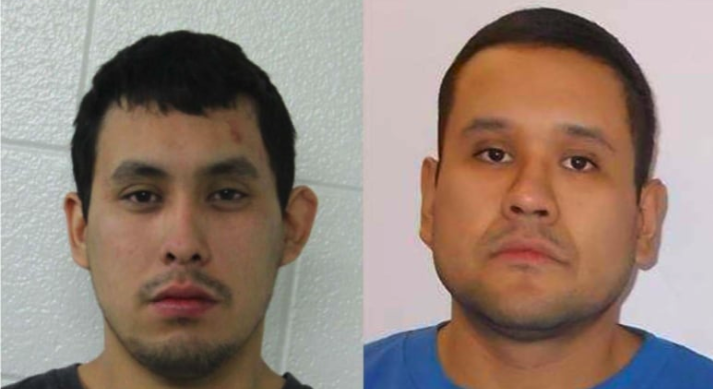 Breaking News. The James Smith Cree Nation, located near Weldon, Saskatchewan, was hit with an horrific tragedy early Sunday that left at least 10 people dead with 15 others injured by stabbings at 13 different locations on tribal land and in Weldon.

As of 6:30 p.m on Sunday, police were still actively searching for two men who are prime suspects in the stabbings: Damden Sanderson and Myles Sanderson.

UPDATE: Saskatchewan RCMP on Monday updated to the number other injured by stabbings from 15 to 18.

Saskatchewan RCMP held a press conference on Sunday afternoon and released the following information in a statement:

At 7:57 a.m., an updated Alert was sent to the same communities, with the names, descriptions, and pictures of the two suspects.

At 8:20, the Dangerous Persons Alert was extended to the entire Province of Saskatchewan, as the investigation confirmed the two suspects – Damian Sanderson and Myles Sanderson – were travelling in a vehicle.

At 9:45 a.m., a fourth Dangerous Persons Alert was sent to the entire province, indicating multiple victims in multiple locations were located, including one victim outside of the James Smith Cree Nation in the community of Weldon, Saskatchewan, and that some victims were believed to be attacked randomly. A description of the suspect vehicle and the correct picture to identify Myles Sanderson were included.

At 11:25, we sent requests to Manitoba RCMP and Alberta RCMP to extend the Dangerous Persons Alert to the residents of their provinces.

At 12:07, a fifth Alert update was sent advising the residents of Saskatchewan the suspect vehicle had been seen by a driver on Arcola Avenue in Regina and asked the public in Regina to consider sheltering in place.

At this point in our investigation, we have located 10 deceased individuals and are investigating 13 locations in the communities of the James Smith Cree Nation and Weldon in Saskatchewan.”

This is a developing story and our coverage will be updated when more information is available.