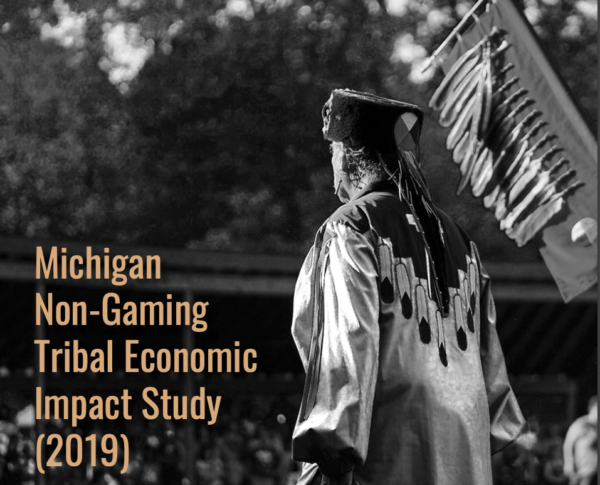 GRAND RAPIDS, Mich. — About three dozen non-gaming business entities owned and managed by Michigan tribes generated more than a quarter-billion dollars in economic impact across the state last year, according to a new study.

The study, which was presented to Michigan Gov. Gretchen Whitmer’s office on Monday, also found that the economic multipliers resulting from the overall 2019 economic impact led to 1,847 jobs with an average wage of $45,664.

“Tribal business entities have a positive impact on the economy,” said Eric Trevan, Ph.D., a co-author of the study. “A job on the reservation is a job for the region. Public policy should support ongoing growth that increases multiplier effects for surrounding economies.”

The study included businesses across 11 industries including manufacturing, real estate, construction, professional services, finance, insurance and other sectors. All the businesses involved are owned and managed by nine Michigan-based tribes:

“The purpose of the study was to quantify and provide empirical data used to consider the benefits of non-gaming tribal business entities in Michigan,” said Trevan, who serves as a faculty member at The Evergreen State College in Olympia, Wash. “Specifically, this study analyzes jobs, business development and retention, expansion and development investments. Ultimately, we’re considering how and in what way tribal business entities impact overall economic development throughout the state.”

“A tribe’s business approach often focuses on much more than revenue generation,” said Deidra Mitchell, president and CEO of Waséyabek Development Company and coordinator of the study. “Many times, it also encompasses environmental stewardship, career development opportunities and community sustainment, all aimed at fulfilling the tribes’ socio-cultural mission on behalf of their citizens and their communities.”

This is the first of its kind collaboration among the Michigan tribes.

“This project highlights what tribes, operating as minority-owned business investors, can do when they work together,” Mitchell said. “While the overall impact is significant, it’s still small compared to the overall state GDP – and well below the population rate of Native Americans in Michigan. We see this as a baseline from which to further grow non-gaming tribal business activity and impact.”

While the impact of Michigan’s tribal non-gaming businesses is growing, it represents a fraction of the economic impact created by Michigan’s 24 tribally owned casinos. Tribal gaming facilities in Michigan generated nearly $3.4 billion in economic impact and supported 21,540 jobs in 2019, according to the American Gaming Association.

The COVID-19 pandemic has reinforced the need to diversify away from gaming and hospitality businesses, as tribes voluntarily closed their casinos to halt the spread of the coronavirus, costing them millions of dollars in lost revenues.

“When we decided to diversify from tribal gaming to help our tribal community, we made a conscious effort to stay away from the hospitality and entertainment industries,” Waséyabek’s Mitchell said. “The COVID-19 pandemic shutdown in the economy taught us we made the right decision. Our manufacturing firms were deemed essential and our consulting firm was needed to assist other businesses.”

The results also provide a glimpse into the future of what Michigan tribes can bring to the state’s economy, according to another tribal executive.

“I look back at a time not so long ago where federal policy has gradually moved from assimilation towards self-determination,” said Eugene Magnuson, CEO of Manistee, Mich.-based Little River Holdings, the economic development corporation of the Little River Band of Ottawa Indians. “This impact study evaluates and quantifies the economic contributions tribes can realize, if only allowed to. The ability for true self-determination is represented in the economic results achieved within this report.”