‘Reservation Dogs’ to Get a Second Season 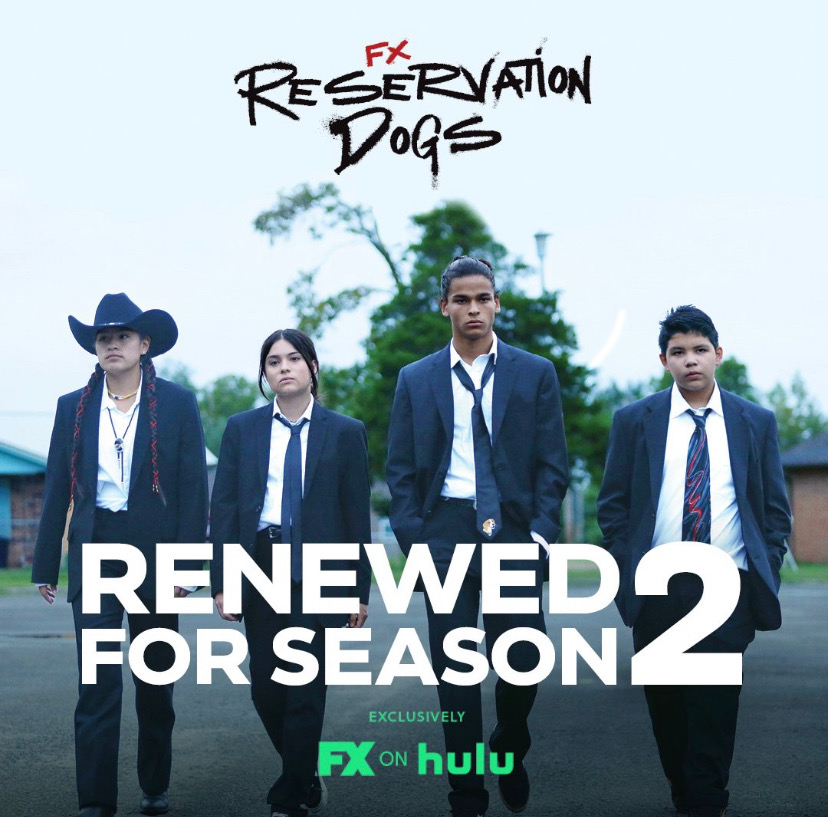 LOS ANGELES — The critically-acclaimed Indigenous comedy series, Reservation Dogs, has been renewed for a second season by FX on Hulu.

The series is focused on the exploits of four young Native American friends growing up on a reservation in Oklahoma.  The quartet — portrayed by actors D’Pharaoh Woon-A-Tai, Devery Jacobs, Paulina Alexis, and Lane Factor — steal, rob and save so they can leave home and head for the mysterious and faraway land of California.

Filmed on location in Okmulgee, Okla., the show has been called a “breakthrough” for its representation of  Indigenous people both in front of and behind the camera.  Every writer, director and series regular on the show is Indigenous, as are executive producers Sterlin Harjo (Seminole, Muscogee) and Taika Waititi (Maori).

The show’s Twitter page shared the renewal news in a Tweet last night that read, “Second Season?  STOODIS.  #ReservationDogs will be back.” 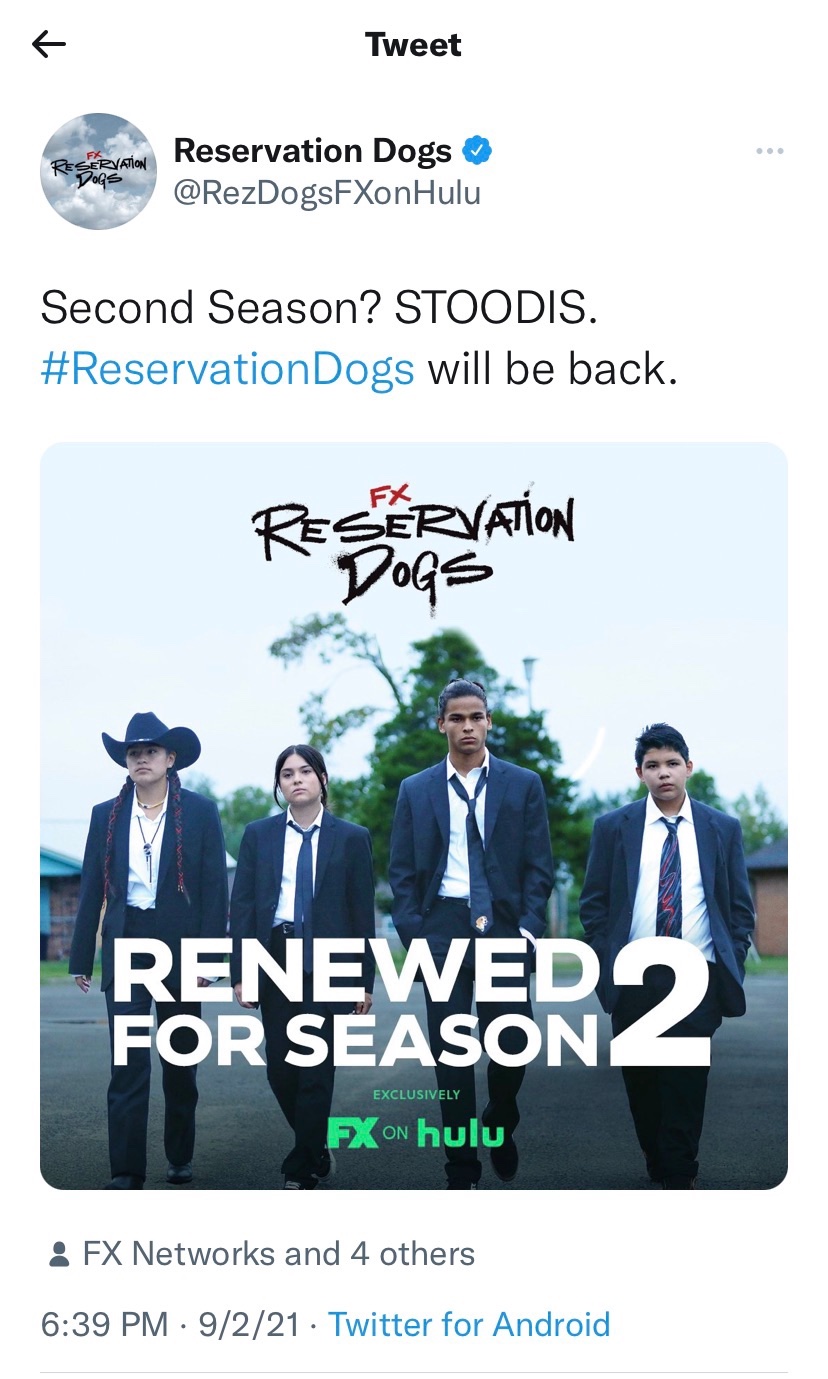 Nick Grad, president of original programming for FX, said, “We couldn’t wait to share ‘Reservation Dogs’ with viewers and are thrilled that they seem to love it as much as we do. We’re happy to put in an early order for another season. Sterlin Harjo delivered on his creative vision, partnering with Taika Waititi and the rest of the creative team, the brilliant cast and crew to create one of TV’s best new comedies and a groundbreaking showcase of representation and raw talent.”

The sixth episode drops on Sept. 6 and the finale airs on Sept. 20.  The show’s sophomore season will air in 2022.