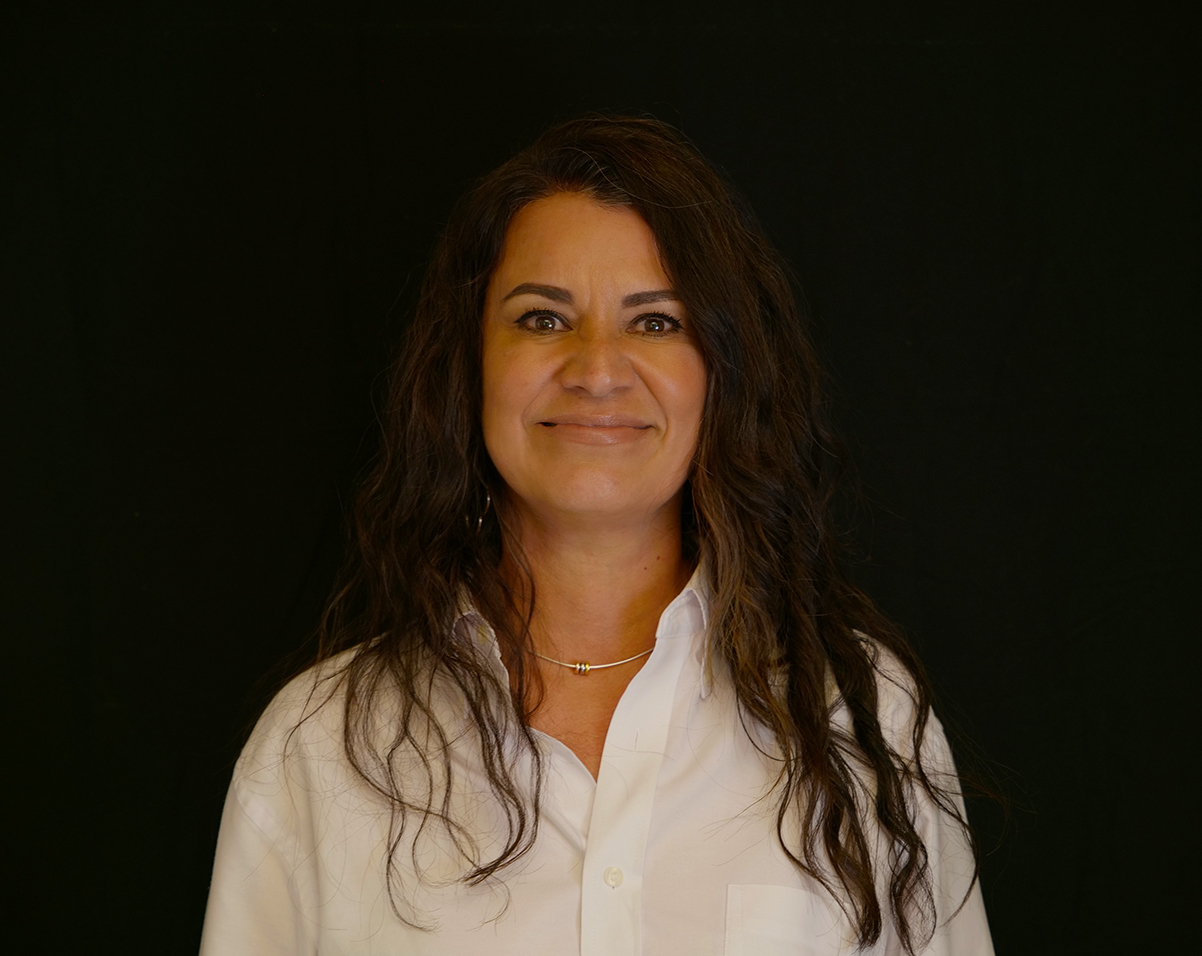 The official market on Saturday and Sunday, Aug. 21-22 in downtown Santa Fe, and all the events leading up to it, will be somewhere between the all-online experience of last year’s Indian Market and the tightly packed, city-enveloping scene of pre-pandemic markets.

“Everything is different this year because of COVID. It's not the same as last year, but it's definitely got its own challenges and logistics to it,” said Kim Peone (Colville Confederated Tribes and Eastern Band of Cherokee Indians), executive director of The Southwestern Association for Indian Arts (SWAIA), which runs the market.

“It looks different, but a lot of digital stuff is still going on. It's just a scaled-down version of what it's been in the past. We're not going to have all the bells and whistles.”

Peone took on the executive director position last year during the most complicated and unpredictable of times. She and her staff quickly pivoted to devise and execute an all-online market for the first time.

This year, Peone and company carefully followed the constantly changing state and city regulations and mandates to create as safe and comfortable an environment as possible; a process that hasn’t been without some pushback and drama.

On the eve of Indian Market, we chatted with Peone about the demands of planning while the pandemic is still a presence, continuing to virtually include collectors and art lovers who can’t make it in person, and the impact of the pandemic on this year’s art and artists.

What is the biggest difference market-goers will notice this year?

This is the first year that we've had a ticketed event. ($35 general admission for both Saturday and Sunday; $10 per day for Tribal members, and free admission for kids under 12). It's been a decision that's been controversial. There are advocates in that, and there are adversaries in that. And we really held the line. Here we are in this very critical moment in time, and I just appreciate my board for supporting me in the decisions that I've made. I feel that we made the right decisions.

What is the rationale behind selling tickets?

The point is crowd control, to be COVID-safe and to follow state mandates as much as possible. We had a lot of elders who were invited to be at this (year’s) market and they really did come to us from that perspective of “How are you going to protect us?” There are  a lot of unknowns that we're dealing with as an organization, and we just don't want to be a part of anything that puts anybody in danger, so we're just trying to put those restrictions in place. We're not doing anything outside of the CDC guidelines. And so in reference to outside market events, masks are not required, but they are encouraged. The city requires us to have masks for indoor events, so we will adhere to that for the events at the Santa Fe Community Convention Center.

What would you say to the people who think it's wrong to charge admission?

Well, I think that if they were standing in my shoes, and really looking at it from June 2021, there was a mandate by our Governor to do contact tracing. So we didn't know if the Governor was going to lift that. And you have to realize that Santa Fe didn't even open up until July 1st. So we really had some hard stops in our decision-making process. We didn't know where we were headed over these last couple of months. Sometimes in leadership, there are tough decisions. This was one of our tough decisions, and I have no regrets.

Was there any formal process for implementing COVID-safe practices?

Back in January, I was on a task force with other markets and organizations: the Santa Fe Opera house, the Albuquerque International Balloon Fiesta, The Traditional Spanish Market. There were quite a few of us on this task force. Collectively, we were trying to put together COVID-safe practices for the state of New Mexico, so that we could submit those to the governor. That process really gave me a perspective that was helpful for not only myself, but my team, like ‘how do we do this and do it for the first time ever?’ That was a challenge, and I think that we did a really good job of putting in safe practices, but not being so restrictive that we were like, ‘Oh, we're just not going to do this and we'll do a virtual event.’

Have you noticed any trend of market artwork being influenced by the events of the past year?

You will see that. It's definitely sprinkled throughout. We have a collaborative piece by 20 artists that's going to be in our live auction on Thursday. It's a representation of a Zoom meeting, and what's within the Zoom panels are pendants (representing faces). Because last year was all about Zoom, right? And (Santa Clara Pueblo/Tewa artist) Roxanne Swentzell has a piece titled ‘Fighting COVID.’ And there is so much  emotion behind it. It's a sculpture of this person just screaming. And Swentzell also put a mask on that piece that has little COVID viruses on it. There's definitely an expression that's occurring regarding COVID, its impact on us as artists, what that has forced upon us, and just adjusting in this day and age.

What are some fresh additions to this installment of Indian Market?

We’re doing some fun things this year. We're having an artist reception where they can meet the press and meet our staff. That's a big deal. There is also a trunk show sale after the Indigenous Fashion Show on Saturday. And we're also having a live auction on Thursday at (historic Santa Fe hotel)  La Fonda on The Plaza, which is a brand new event for SWAIA. We're excited about that because it allows us to do something during the week prior to the market, when we’re normally just working on logistics. We're really trying to raise money for the organization, so that's going to be a good event for us.

How else is SWAIA adapting and adjusting as a self-sustaining entity, and how have things changed within the organization in the last year or so?

For us as an organization, we've really been through a lot of changes in this last year. And as people made the decision to leave the organization, we never filled those positions. That was a way for us to be able to sustain ourselves during the last 16, 17 months. I feel that being the new executive director of SWAIA and watching it from the time that I came on to what I'm seeing now, I just really see a group of people who are passionate about what they do. I think that we have really built something that's new, and that in itself is invigorating. And I think for us as an organization, we pivoted this year in the sense of building a new business model for our organization, one that sustains us and takes us into the next hundred years. And that's with our digital platform that we're building.

SWAIA is forming an Indigenous artist collective that will be launched during Indian Market. How does that play into the organization’s goals?

It's called Indigenous Collections. It has its own brand. It's launching on the 21st and  I think it's just going to continue to grow and evolve and become something very great for SWAIA. Indigenous Collections, which are basically micro-sites for artists to sell their work. The micro sites initially will capture SWAIA artists, but our vision for this is really to be for all the United States’ and Canada’s  Indigenous people. It’s an opportunity for us to create online storefronts for artists where we help manage their content for them, and then streamline those sales with artists who live in remote areas.  We want to be inclusive in the Indigenous Collections platform, where Santa Fe Indian Market tends to be more exclusive.

Since last year, Indian Market has definitely become more accessible for folks who can’t actually attend, since nobody could physically be there and SWAIA had to develop thorough digital engagement.  How are those virtual features going to play in this year and years to come?

Will any of the actual market out on the plaza with the artists interacting with attendees and doing demonstrations at their booths be livestreamed?

We're doing video production during the live market. I don't think we're going to necessarily be doing live streaming of the actual Indian Market, but we will be capturing production. Most of that's going to be used for our marketing efforts for our Centennial in 2022. Everything that we planned this year was just a segue for us to be able to plan for our centennial. My staff has done a spectacular job of creating that segue because really, we're looking forward to next year and hoping that things can go back to normal as much as possible, and we can bring in our centennial with the big bang.

What do you have the highest hopes for at this year’s market, and what are you maybe a little worried about?

My highest hope is that everybody - my staff, my board, collectors, artists - has a good experience and has fun and can experience community.  We've been a group that have really come together as a community at Santa Fe Indian Market, and we missed that last year. My fear is of course, this Delta variant. And so I'm just really hoping that we can get through this weekend and then we'll do a happy dance.

Interview conducted and condensed by Tamara Ikenberg.  Photo of Peone courtesy of SWAIA.