How Indigenous Visionaries Are Reshaping Representation in Pop Culture 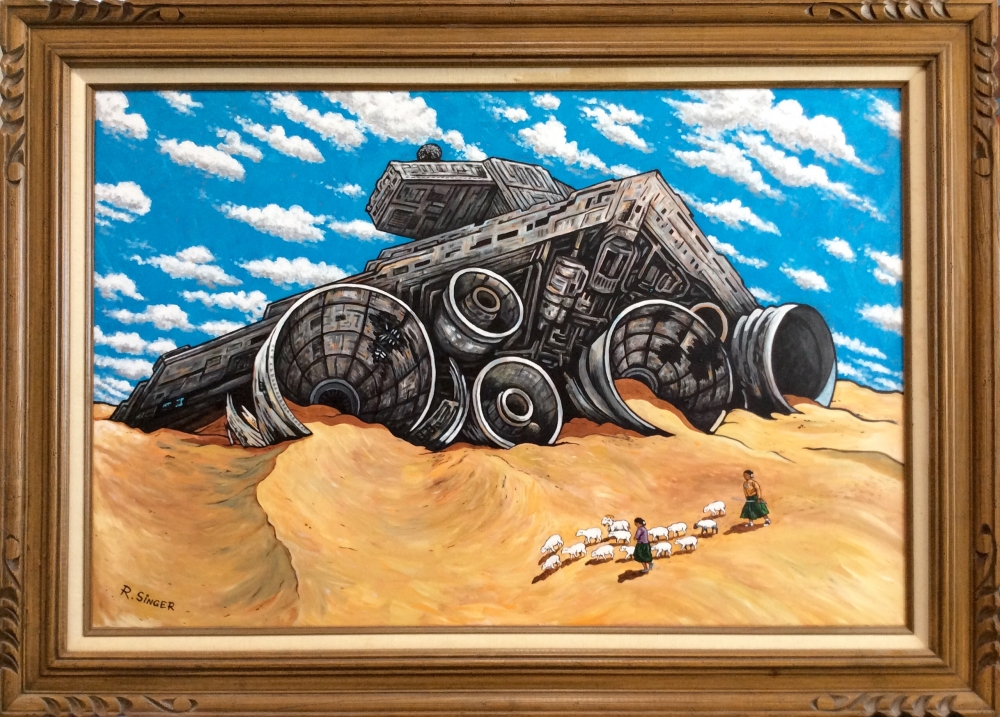 Growing up in the 1970s, artist Ryan Singer (Diné) remembers living on his reservation in Arizona and raising funds for a class field trip to see “Star Wars” when he was four years old. He remembers the long bus ride into town and the sight of the movie theater when they got there, decorated with cardboard cutouts of the picture’s heroes, villains and spaceships. He could barely contain his excitement as he held onto his “Star Wars” cup while John Williams’s triumphant theme music boomed throughout the auditorium, ushered in by those famous yellow words. Thus began his lifelong love of the franchise and the genre it changed forever.

The feelings associated with this childhood memory never left him and have since influenced his artistic career. That is the power of pop culture –– the power of nostalgia.

“The world is such a big place when you’re a kid, and things were simpler and purer,” Singer explained. “The possibilities were endless, and I could dream up anything I wanted. I like to capture this nostalgic feeling in my paintings.” 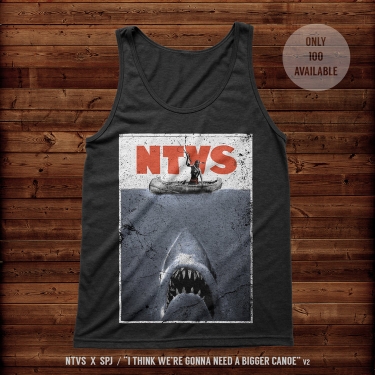 A tank design from The NTVS, an Indigneous-owned clothing company. Photo from The NTVS website. is not limited to one definition and its impact extends far beyond the single lens of science fiction. For some Native artists and writers, this futurism movement means providing content for younger generations such as artwork, TV shows, comics and other merchandise that combine Native representation and American pop culture.

Influenced by surrealist artists, Singer paints Indigenous themes and iconography while referencing popular movies and characters from science fiction and horror films. “Star Wars,” in particular, aesthetically appealed to him early on.

“It wasn’t polished and cleaned like other sci-fi movies and shows,” Singer said. “Luke’s land cruiser was all beat up and I thought it was really used for years. I really started to draw [off] that.”

Singer has participated in Indigenous Comic Con in Albuquerque, N.M. since its inauguration, which describes itself as “the world's premier gathering for Indigenerds and all things Indigenous pop culture.”

Established in 2014, The NTVS (The Natives) is an Indigneous-owned clothing company offering prints, apparel, stickers and other accessories that feature mixed-media artists like Steven Paul Judd (Kiowa, Choctaw).

According to its website, the collaborators describe themselves as “two Native American guys trying to fill a hole in the market that is missing the voice of the people. Our mission is to teach the youth the importance of embracing culture and history while building a Native American clothing company. We do that by crafting Native apparel designs that you can be proud to wear. Modern Native American clothing and Native prints that have a deeper meaning. Maybe it's a lighthearted or funny design. Maybe it's a serious issue that needs to be addressed. We use art and streetwear mixed with our culture to create one-of-a-kind designs that embrace our Native American culture and heritage.”

By going a step further, Indigenous writers are developing new characters and storylines to convey regional and urban Native experiences for children. 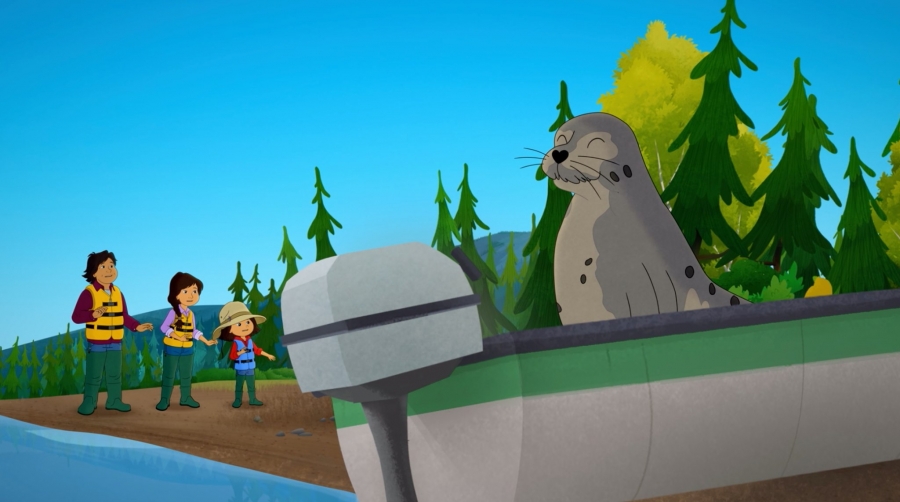 “Molly of Denali” follows the adventures of Molly Mabray, a 10-year-old Alaska Native, and her family and friends. Via Facebook

Chicago-based performer and writer June Thiele (Dena'ina Athabascan, Yupik) received a writing fellowship for the show and found the experience enlightening and fulfilling. The show’s staff consists of Native and non-Native writers who consult a group of Native Elders and youth to ensure accuracy and relevance when it comes to modern issues.

“Learning to write for animated series was so different from anything I’d ever done,” said Thiele, who had primarily worked in children’s theater. “It’s really beautiful to see these people be empowered to do things properly and right.”

While their overall industry experience has been positive, Thiele believes there is still a long way to go to get more Americans accustomed to seeing vibrant Native stories and culture on their screens.

For Thiele, Indigenous Futurism represents “Native people taking back their stories. It’s hard to imagine a world without these stories. In art and life there are unknowns, but once something is created it’s out in the world and in people’s brains, there’s no stopping it.”