As Native American Heritage Month nears its conclusion, there are multiple ways to celebrate and appreciate Indigenous art, film and music this weekend and next week.

Highlights include interactive events with the Godfather of Powwow Step and the minds behind Reservation Dogs, and the unveiling of a powerful painting by a legendary Salish pop artist.

Evolution of Freedom: The Music 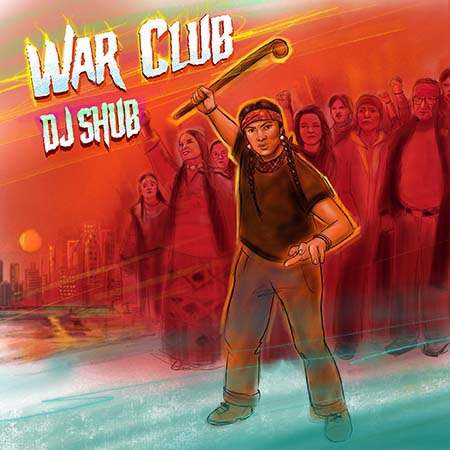 Mohawk DJ and music producer DJ Shub will shed light on the Powwow Step genre during the online event Evolution of Freedom: The Music, on Friday, Nov.19, (DJ Shub) WHEN:  Friday, November 19, 6 p.m.

DJ Shub, whose latest album is called War Club, is a pioneer of Powwow Step, a subgenre of club music fusing Indigenous drumming and singing with modern beats and electronica to create  a soulful, otherworldly, and highly danceable sound.

On Friday, DJ Shub and Dr. Chris Scales,  a professor of ethnomusicology at Michigan State University, will shed light on the origins of Powwow Step, answer questions from the audience, and General will perform, during the free virtual event Evolution of Freedom: The Music presented by  Fort Monroe Authority and the National Park Service.

“Music is my war club,” General, told Billboard. “I use my music as a weapon.”

General wields his weapon for good, mixing messages about issues from Black Lives Matter to Missing and Murdered Indigenous Woman, into his multi-layered tracks. His message and music have caught the ear of Indian Country and Hollywood.  Sacha Baron Cohen used General’s track Indomitable as the theme music for his Showtime program “Who Is America?”

“Instead of just pointing your finger and yelling at someone,” General told Billboard, “when you marry [a message] with music and art, it makes the conversation easier to start.”

WHEN: Now on display 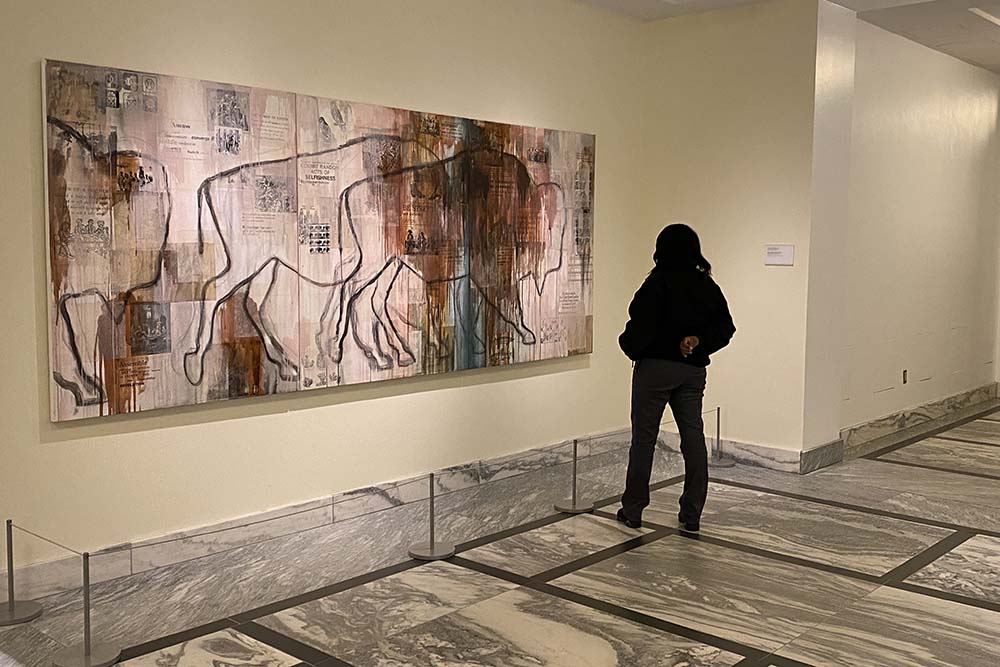 Bursting with buffalo, I See Red: Herd, is part of a series Smith began in 1992 as a counterpoint to the celebrations marking the 500 anniversary of Christopher Columbus’s arrival in North America.

Last year, Smith made major art world news when I See Red: Target, another painting from the series, became the first painting by a Native American artist purchased by the National Gallery of Art in Washington.

Smith, who has been creating personal and political works with a pop art aesthetic since the 1970s, referred to the acquisition as “breaking the buckskin ceiling,” in an interview with The Guardian .

The history-making acquisition was bittersweet for Smith.

“I have mixed emotions. I wonder how is it that I am the first Native American artist whose painting is collected by the National Gallery?” Smith told The Guardian. “Because of popular myth-making, Native Americans are seen as vanished. It helps assuage the government’s guilt about an undocumented genocide, as well as stealing the whole country.”

Folks strolling down the legendary Hollywood Boulevard this Sunday will witness a display of Pow Wow star power amidst the glitz and glamour.

The LA Skins Fest Native film festival is marking the event’s final day with a Hollywood Pow Wow featuring traditional singing, dancing and youth performances from tribes around the country.

The Pow Wow is a complement to a full roster of Native American films that will be screened throughout the day at the TCL Chinese Theater. 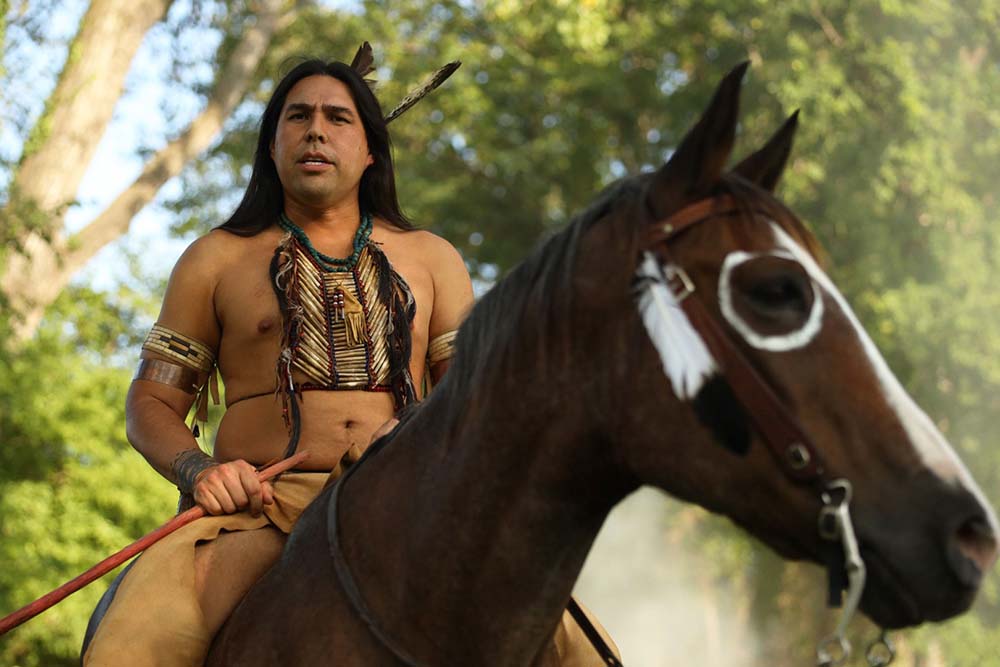 What goes into writing dialogue for the Reservation Dogs, the goofy, yet wise Spirit,  and the other denizens of the fictional town of Okern, Oklahoma?

Fans of the FX on Hulu hit can get a glimpse into the minds of show writers Chad Charlie and Ryan Redcorn during a discussion panel at Central New Mexico Community College that will also be streamed online.

Charlie and Redcorn will talk about film, comedy, and how their ardor for writing has elevated them to a career highpoint penning authentic Indigenous stories for one of the most influential and popular Native-centered shows in TV history.