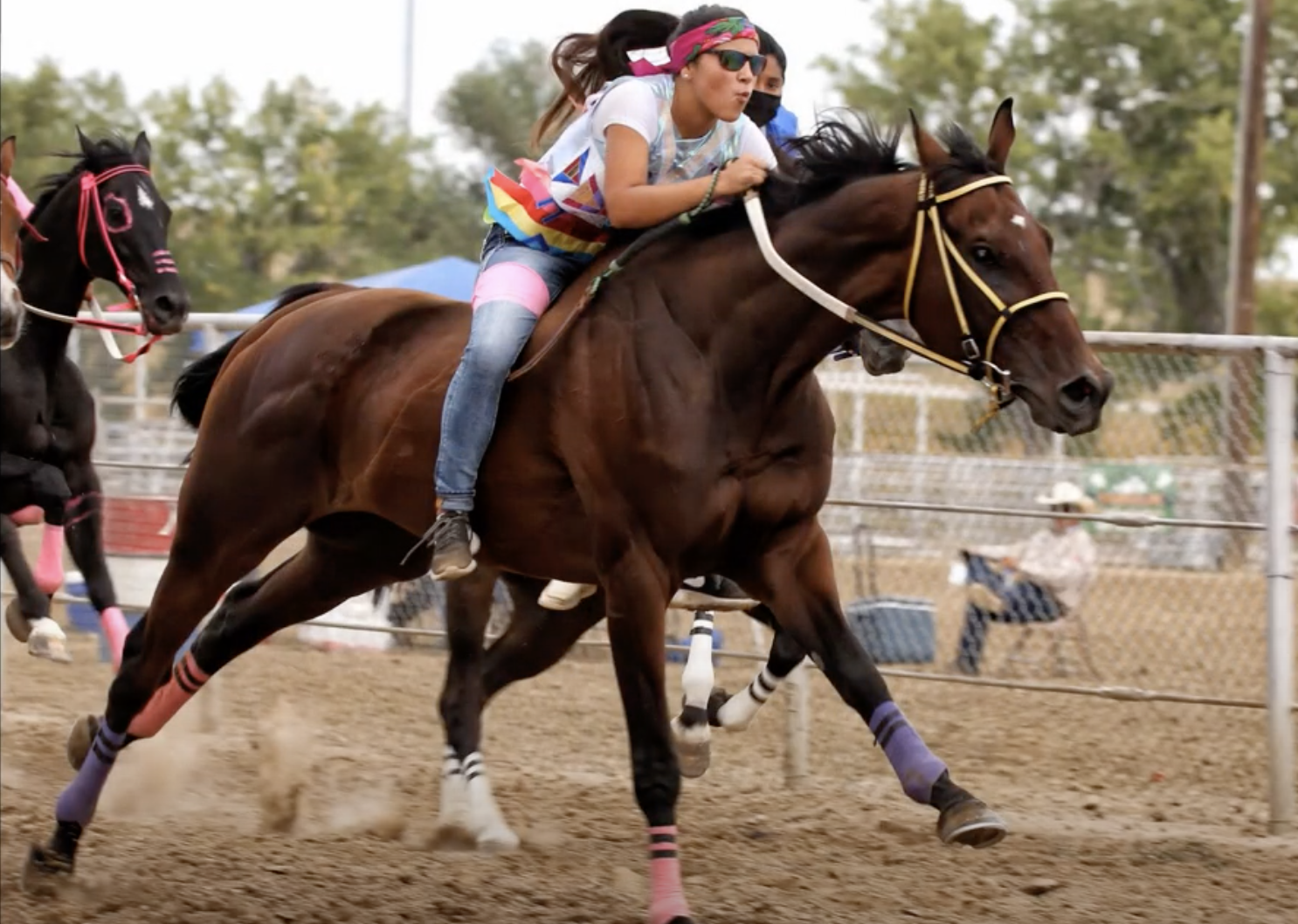 From Indian Relay races and women warriors to pop-up activism and world-class musical performances, there is no shortage of heritage and celebration in Indian country this week and next week.

Horse Nations Indian Relay Council brings the 2022 Tour of Champions to Fort Pierre for a weekend celebrating the centuries-old sport of Indian Relay with riders from seven different nations across Indian Country.

Events include Indian Relay, Chief Race, Warrior Race, Maiden Race and Youth Relay. Three-day passes can be purchased for $75. Individual day tickets are available for $25 online or $30 at the door.

While the 19th Amendment was passed more than 100 years ago to establish American women’s constitutional right to vote, white women largely benefited as systemic racism continued to disenfranchise people of color.

“Women Warriors” celebrates and honors Native American women activists who fought for the passing of the 1965 Voter Rights Act, as well as those whose achievements throughout the course of history and in the present day impact all of us.

Tickets are $5 each. Children ages 12 and under get in free.

Using a 5-piece rock ensemble augmented with an array of traditional Native American instrumentation, the group brings listeners to the electrifying edge of Indigenous rhythms merged with classic rock. A stunning performance by a  Native American dance troupe adds a multi-dimensional art form to this cultural rock opera.

Brulé founder and producer Paul LaRoche takes audiences through a moving journey of his musical influences, reflecting his path as a Native child adopted by a white family at birth to discover his Lakota heritage and reconnect with his Indigenous biological family.

The show starts at 6:30 p.m. beneath the Eiteljorg Museum Sails. Tickets are available for $25.

Native Made Pop Up and Orange Shirt Day

Webstand shared her story of how her grandmother bought her an orange shirt to wear to her first day of residential school. She and the other children were stripped and forced into different clothing upon arriving. She never saw her orange shirt again.

“I didn’t understand why they wouldn’t give it back to me — it was mine,” Webstand later stated. “The color orange has always reminded me of that and how my feelings didn’t matter, how no one cared and how I felt like I was worth nothing. All of us little children were crying, and no one cared.”

Today, Orange Shirt Day stands as a symbol of Native American loss and resilience and honors victims of residential schools.

The NAYA Pop-Up is free and open to the public and will feature native vendors, live music, refreshments and food in the surrounding Cully neighborhood. The event takes place at Alder Commons and runs from 11 a.m. to 5 p.m.

In 2012, Indigenous photographer Matika Wilbur (Tulalip and Swinomish Tribes) sold everything in her Seattle apartment to travel the United States and photograph 562 plus Native American sovereign territories in the United States.

“Natural Wonderment: Stewardship - Sovereignty - Sacredness” is a collection of Project 562, featuring portraits showcasing stories that honor mother earth and protect ancestral ways of life. The exhibit is currently on display at the Jefferson County Library.

Wilbur’s lecture on the series takes place from 6:30 p.m.-8 p.m. at the Chimacum High School Auditorium.

A member of the Red Lake Ojibwe Nation, artist Jonathan Thunder creates paintings and animated films that draw on — and speak to — popular culture, modern society, and his Ojibwe heritage.

His work will be displayed starting this month at the Muskegon Museum of Art in Western Michigan in an exhibit called Jonathan Thunder: Maamai Merges Popular Culture with Ojibwe Traditions.

“Maamawi” (mom-ah-we’) is the Ojibwe word for “together,” and addresses our shared humanity. Thunder’s paintings and films in this exhibit speak to ideas of connectedness to the land, life, and people.

Thunder, who grew up in the Minneapolis-St. Paul area, attended the Institute of American Indian Arts in Santa Fe, New Mexico, and studied Visual Effects and Motion Graphics at the Art Institute International in Minneapolis. His work has appeared in local, regional, and national exhibitions, and his short films have earned several awards, including the Pollock-Krasner Foundation Award for painting.

The museum will host an opening reception for the public on Thursday, Sept. 29 at 5 p.m. with a talk by Thunder at 6 p.m.

The exhibit will be displayed from Sept. 29 through Jan. 8, 2023. The Muskegon Museum of Art is open Tuesdays – Sundays from 11 a.m. to 5 p.m., with extended hours on Thursdays, when it offers free general admission to everyone courtesy of a grant from The Meijer Foundation.

Actress Kaniehtiio Horn (Letterkenny, Reservation Dogs) narrates a new History Channel documentary about the “real, and often misrepresented, history of Indigenous peoples on the land that is now Canada.”

True story takes an in-depth look at the relationship between Indigenous people, the land, and settlers, including the creation story of Turtle Island (North America) and settlers’ theories that challenge it. The show also offers perspectives on the unique tools Indigenous people use to record their history and the role of women, Elders, and Two-Spirited/Indigiqueer people in Indigenous society that patriarchal and Euro-Christian concepts sought to destabilize.

The show, which debuts on Sept. 30 at 9 p.m. in honor of Canada’s National Day for Truth and Reconciliation, examines how to move forward from Canada’s colonial past and achieve reconciliation by first learning, then facing, the past.

“In order for true reconciliation to take place, we must acknowledge and learn from our shared past no matter how ugly it may be,” Diane Robinson, executive producer and showrunner, said in a statement about the show.