‘He Was a Marvel to Behold’: Indian Country Mourns the Loss of Champion Hoop Dancer Nakota LaRance 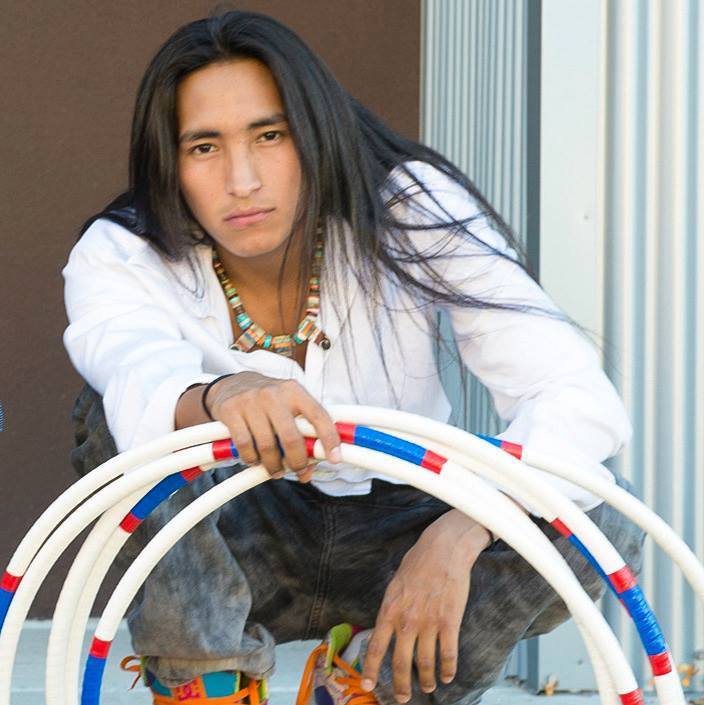 Out there, in front of an audience, Nakota LaRance’s mesmerizing talent was beauty to behold. He was a world championship-winning hoop dancer on three occasions and appeared in several TV shows and movies, including Steven Spielberg’s “Into the West” and many more. In 2015, at the Pan Am Games in Toronto, LaRance danced with Cirque du Soleil in front of more than a million viewers around the world and a crowd of thousands.

LaRance (Tewa, Hopi, Navajo and Assiniboine) was also a mentor and teacher. He created the Pueblo of Pojoaque Youth Hoop Dancers, a dance group in northern New Mexico, and was master instructor at the Lightning Boy Foundation Youth Hoop Dancers, a non-profit devoted to providing traditional hoop dance instruction to youth.

LaRance died on Sunday, according to a social media statement made by his father, Steve LeRance. Indian Country Today reported Tuesday that he died while climbing on an old bridge in Rio Arriba County in New Mexico. He was 30 years old.

“It is with great sadness and a heavy heart that we share the passing of our son and brother Nakotah LaRance,” Steve wrote on Facebook. “Lomasohu, as he was known in Hopi, literally translates to ‘Handsome Star.’ Nakotah was one of the most unique individuals this world has known, a pioneer of many achievements, too many to list.”

LaRance started dancing at the age of five, inspired by his family to carry on the dancing tradition. The hoop dance is performed by tribes across North America. The hoop represents the circle of life, and is used in traditional healing ceremonies by many tribal groups.

“He was an astonishingly original hoop dance artist, as well as a dedicated and generous mentor and teacher to countless Native youths,” the statement read. “His innovative technique, fearless creativity and flawless execution was a marvel to behold and electrified audiences far and wide.”

LeRance competed there for many years. As a young dancer, he won numerous titles in the youth and teen divisions at the World Championship Hoop Dance Contest. He won the adult division––and thus became World Champion––in 2015, 2016 and 2018.

His talent transcended Indian Country. In 2004, LaRance performed on the “Tonight Show” with Jay Leno, and from there he embarked on an acting career, landing roles on major productions like “Longmire” and HBO’s “Bury My Heart at Wounded Knee.”

As a 20-year-old, LaRance joined the Cirque du Soleil as a principal dancer and toured around the world for several years.

In a social media statement, the Pueblo of Pojoaque Youth Hoop Dancers said the group was saddened by the news. “Nakotah was a mentor to many youth in the surrounding communities. We will always be thankful for the amazing teachings he brought to our youth.”

In a Facebook post, the Lightning Boys Foundation said: “Our hearts are broken.” The foundation added, “The impact he made is incredible and we are most thankful for his friendship, mentorship and work with our hoop dancers. We hope that he is dancing in the sky with his little “Tino-Weeno” (Lightning Boy) and that they have been reunited once again.”

The Lightning Boys Foundation is accepting donations LaRance’s memory, which will fund the “commemoration of Nakotah's legacy and the continuation of his life’s work: inspiring, teaching and empowering people of all ages around the world.”

LaRance’s family is planning a memorial at a future date due to the coronavirus pandemic.

You can make a charitable donation in memory of Nakota LaRance here.