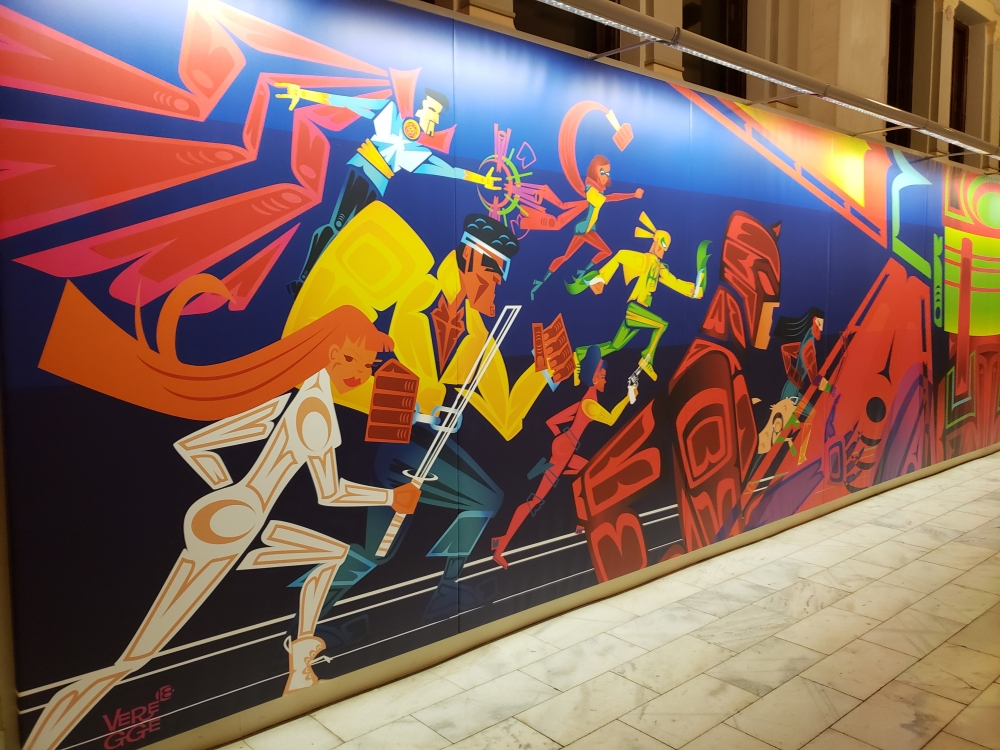 This project comes on the heels of the Salish artist’s Smithsonian exhibition “Jeffrey Veregge: Of Gods and Heroes,” where Veregge showcased classic superheroes in his brand of Northwest Coast formline style.

Cover art for “Marvel’s Voices: Indigenous Voices #1.” “Being able to put my fingerprints not only on ‘geek culture’ but my own work, I’m truly blessed and grateful,” Veregge said, noting that he draws inspiration from his Native background throughout his artwork and writings.

“I try to tell people, ‘write what you know.’ The work I was creating was reflective of my experiences and growing up,” he said

Having worked for multiple publishing houses in her 20-year experience, it became clear to Alvitre that the bigger companies always had final say with final products and limited the amount of proper cultural representation.

“Why aren’t Native people doing this work? It’s more impactful when Natives speak for themselves,” said Alvitre, who made a conscious effort to apply positive representation in her work.

Indigenous futurists Veregge and Alvitre are happy to work on Indigenous Voices and feel that Marvel has offered a tremendous amount of support when fulfilling their visions. Both plan on using this platform to expand on Native environmental and political issues as well as show younger generations more complexity when it comes to Native characters.

To Veregge, good books and good art are inspirational blueprints for “a glimpse of a future we want to see.”

Several of the characters that Indigenous Voices concentrates on come from or relate to the “X-Men” series, which is ideal because the series addresses the politics of marginalized superhero mutants.

Maya Lopez, a.k.a. Echo, is a deaf Cheyenne superhero with a misunderstood past and complicated familial ties. She first appeared in 1999 in the Daredevil series as a love interest, then had interactions with X-Men’s Wolverine, and has since rebranded as “Ronin” in the “New Avengers” series. Echo is known for her photographic reflexes that she uses to mimic any physical movement to make herself a proficient fighter.

Alvitre is now tasked with re-solidifying her legacy, and she couldn’t be more excited. In a recent release, Echo co-creator David Mack showed off a new cover art variant of Indigenous Voices, which Alvitre “fangirled” over in an Instagram post.

“Echo was the first real representation with substance, character development and complexity I had encountered of any Native women in comics. Still not sure if it was the fan in me or just blind courage, but I literally asked the editor straight up if she was available when they contacted me. I am really over the moon to be drawing her,” Alvitre said in the Instagram post.

She takes solace in her unique position of representing Native women on the page and in her own life. Her art focuses on the interiors of the comics where she loves fleshing out characters and delving into introspective narratives. Alvitre ties in her tribal affiliation as much as possible in her artwork and remains optimistic while moving forward in her projects. 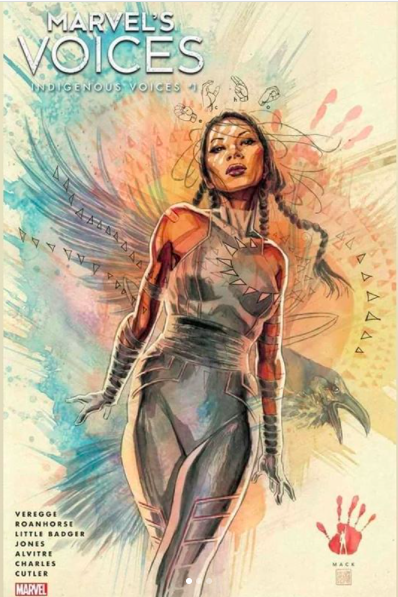 “Indigenous Voices” cover art variant by “Echo” co-creator David Mack. (Via Instagram)“People are in different states of decolonization, and we can’t hold it against them for how they handle things,” said Alvitre about navigating and incorporating Native experience in the industry.

“We already survived an apocalypse. We can rebuild things that were lost and revive things that are sleeping.”

With the ongoing social justice movement holding companies accountable for representation, the entertainment industry seems to be reflecting internally as well, and branching out to non-white communities.

Over the years, Marvel has dealt with backlash both for and against diversity initiatives in its comics and cinematic realms.

In 2017, Marvel’s senior vice president of sales, David Gabriel, came under fire after an ICv2 interview where he reiterated retailers claims that inclusive representation, such as more non-white and female leads, hurts sales.

The following year, the company created “Marvel’s Voices,” a bi-weekly podcast, with host Angélique Roché. The podcast focuses on in-depth discussions with BIPOC guests from across the Marvel Universe.

“Marvel’s Voices started in 2018, which grew and evolved from a popular Marvel podcast into a larger program within our comics,” said editor-in-chief C.B. Cebulski.

“Marvel’s Voices #1, our first anthology in this program, was released this past February, and the reception from fans was incredible. It was clear we needed to do more to lift up more voices and talent and increase representation in and behind our stories,” Cebulski added. “This book is the first step of our next expansion of the program to not only elevate the diverse talent we already have at Marvel, but also discover new writers and artists who can bring their voices to our characters, both old and new. And this is only the beginning.”

Veregge looks forward to breathing new life into Indigenous characters in the Marvel Universe and in his upcoming ventures.

“It’s a wonderful legacy to be a part of,” he said. “If I can use my art to help and give back, that’s a victory for me.”