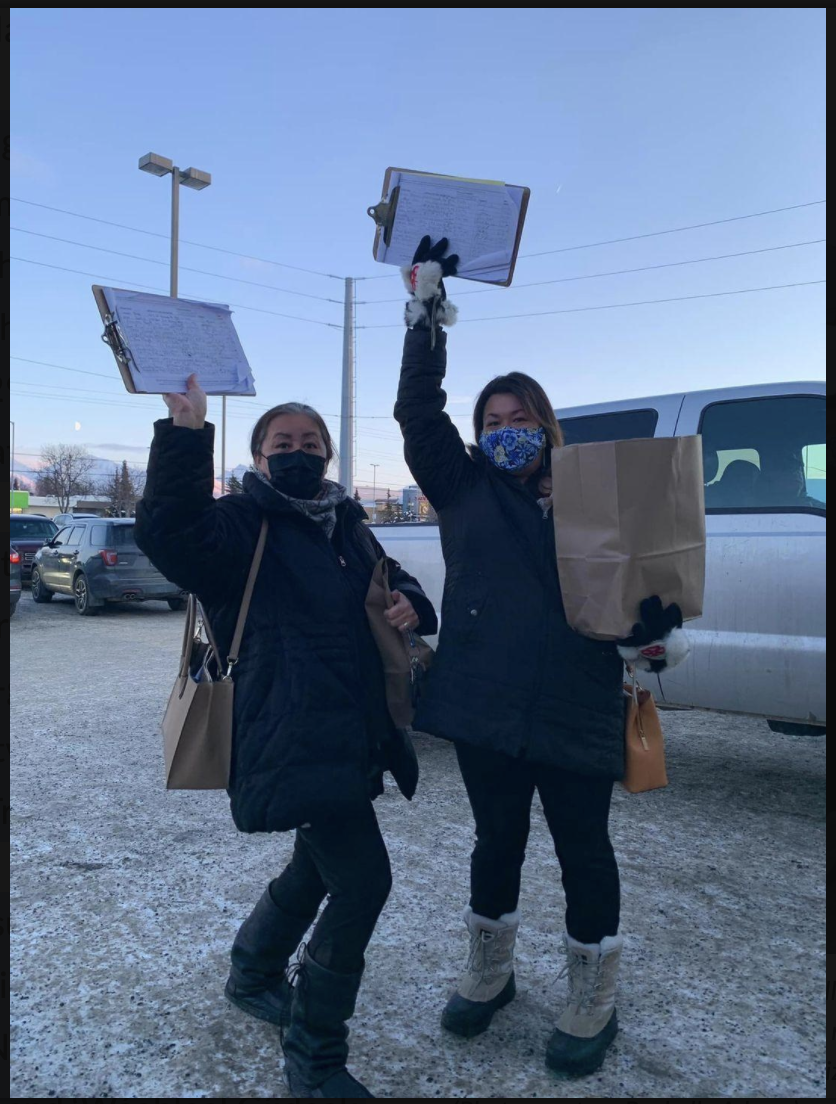 Sponsors of a Tribal recognition initiative will speak Tuesday at the Alaska Federation of Natives annual convention.

In October, the group Alaskans for Better Government began collecting signatures for the initiative. If passed, it would require the state of Alaska to recognize all 229 federally recognized Tribes in the state.

The group says that the goal of the initiative is to create a permanent government-to-government relationship between the state and Alaska Native Tribes.

So far more than a third of the 36,000 signatures needed for the initiative to make it onto next year’s ballot have been collected.

It’s not the first time that people have tried to get state Tribal recognition.

Earlier this year, Representative Tiffany Zulkosky introduced a Tribal recognition bill which passed in the House, but stalled in the Senate. A similar bill was also introduced in 2020.

Correction: A previous version of a photo caption incorrectly stated Rochelle Adams and Angela Peter-Mayo's role in the petition. This story has been updated to correct the error.

Donate
Free Newsletter
About The Author
Author: Lyndsey Brollini - KTOOEmail: This email address is being protected from spambots. You need JavaScript enabled to view it.
Breaking News