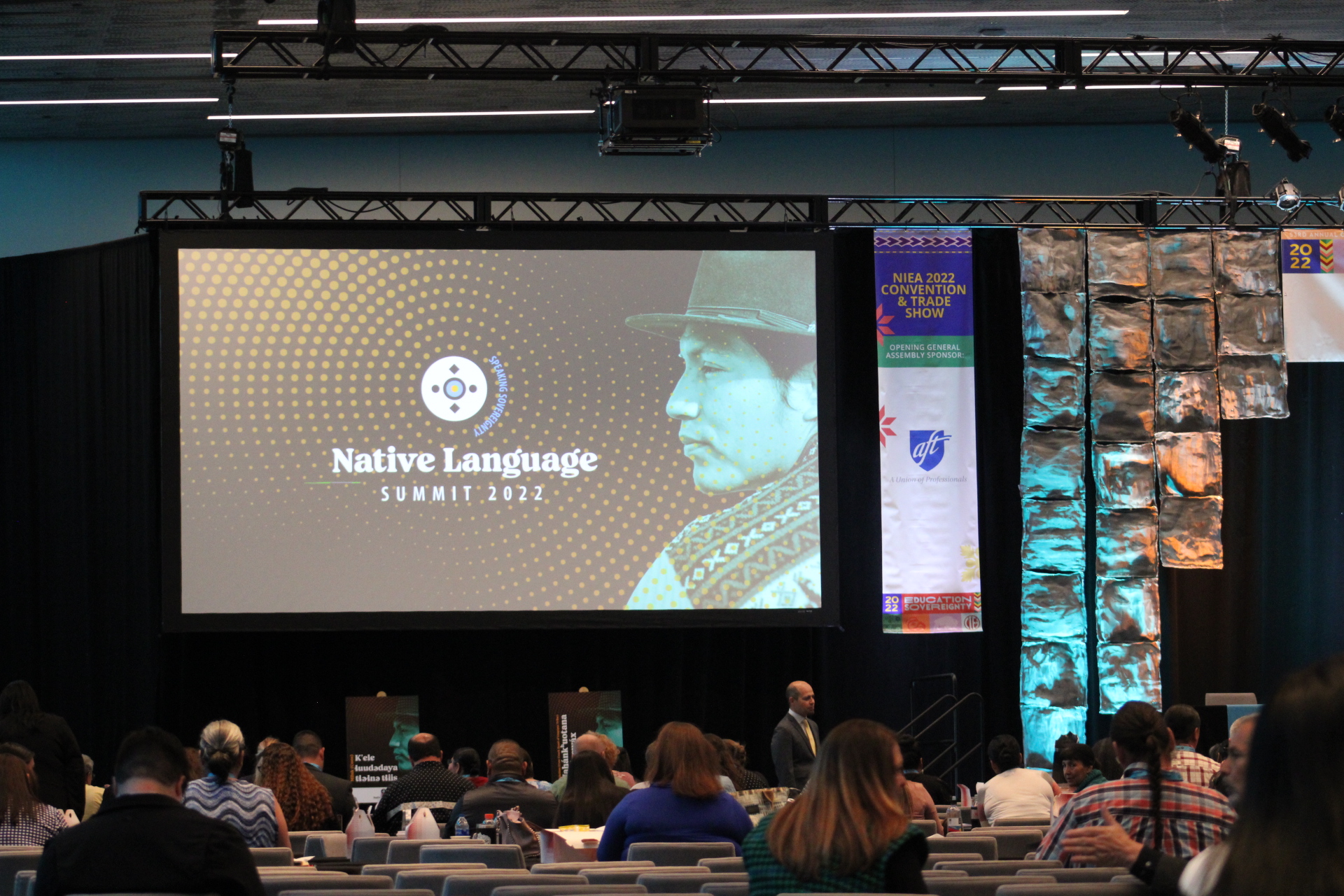 OKLAHOMA CITY — On Tuesday, more than 600 people attended the Tribal Language Summit at the Oklahoma City Convention Center to hear from leading educators and policymakers in Indian Country on how to protect, preserve and promote America’s Indigenous languages.

The annual one-day event is federally-funded and organized this year by the Bureau of Indian Education (BIE). It is the first in-person convening since 2019, event organizers said.

“As Indigenous peoples, our languages are the heart of our identity and the source of our strength as the first peoples of this continent,” Principal Deputy Assistant Secretary for Indian Affairs Wizipan Garriott said during Tuesday’s opening presentation.

The summit is in its eighth year. Its funding is mandated by the Memorandum of Agreement on Native Languages, signed by ten federal agencies in the Biden Administration in November 2021, including the Department of the Interior and the Department of Education.

On Sept. 28, 2022, the Advisory Council on Historic Preservation signed the historic MOA to support the protection and preservation of Indigenous languages spoken by federally recognized American Indian and Alaska Native Tribes, Native Hawaiians, and other Native American groups in the United States.

The MOA includes specific interagency goals, including, but not limited to, the following:

The MOA reinforces the Native American Languages Act of 1990. The Act declares that it is the policy of the United States to preserve, protect and promote the rights and freedom of Native Americans to use, practice and develop Native American languages.

Each agency hosts the annual national language summit and brings hundreds of tribal leaders and federal employees to meet and discuss how the federal government can better support the revitalization of Native languages.

For more than 100 years, the federal government funded and operated Indian boarding schools, where hundreds of thousands of Native children were removed from their homes and sent to unlearn their Native languages and heritage. As a result, many tribes have less than 1 percent of fluent, original Native speakers today.

For example, the Cherokee Nation of Oklahoma has approximately 1,850 Cherokee language speakers. As of today, the Cherokee Nation has more than 443,000 enrolled citizens, making it the largest populated federally recognized tribe in the country. The tribe recently invested in various language efforts, including a second immersion school and a Cherokee speakers village, where fluent speakers are provided housing.

These efforts were recognized yesterday when the Cherokee Nation received the 2022 Native American Language Legacy Award from the Tribal Language Summit.

“It’s an honor to be recognized for our language efforts by the Bureau of Indian Education during the 2022 National Tribal Language Summit,” Cherokee Nation Principal Chief Chuck Hoskin Jr. said in a statement to Native News Online. “The Cherokee Nation is making history by amassing record investments in our language.”

The Cherokee Nation lost more than 100 speakers each year of the pandemic: 2020, 2021 and 2022. The Cherokee Nation language programs are financed by the tribe’s American Recovery Plan Act (ARPA) funding, 20 percent of which has been dedicated to the preservation of language.

Many tribes have lost first-born speakers because of the pandemic and are currently creating new initiatives to revitalize the use of Native languages not only in the classroom but elsewhere.

Tribal leaders have cited challenges brought by the lack of instructional materials and curricula in the Native language(s) of the communities being served, limited numbers of fluent, certified teachers, and general lack of support by school leadership.

“The BIE is proud to support and promote language and cultural revitalization as we fulfill our commitment to tribal sovereignty,” BIE Director Tony Dearman of Tuesday’s summit said. “It is an inspiration to see Tribal nations, federal organizations, nonprofit organizations, to private citizens to be a part of this work every day.”

The event was organized to coincide with the 2022 National Indian Education Association annual convention, which starts on Wednesday, Oct. 5, and goes through Saturday, Oct. 8, at the Oklahoma City Convention Center.