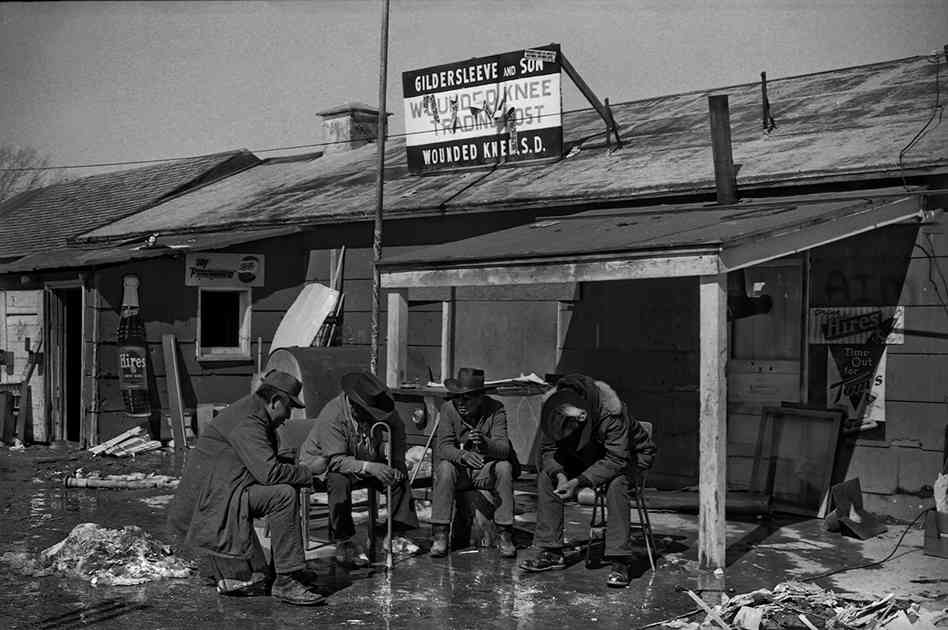 Among the American Indian Movement (AIM) membership, February 27th is known as Liberation Day to mark the occupation of the hamlet of Wounded Knee on the Pine Ridge Indian Reservation in South Dakota.

It was 49 years ago today, AIM began to occupy Wounded Knee as a protest against the federal government and its policies towards Native Americans.

The occupation lasted 71 days. It was viewed nationally as a standoff between AIM and the federal government.

“At the time of Wounded Knee 1973, I was a member of the Denver chapter of the American Indian Movement. I spent 71 days at the Little Big Horn bunker with these other warriors. We survived eleven fire fights, while protecting the Eastern boundaries of the community. The big issue at the time was protecting treaty rights of the Oglala Sioux Nation, and seeking compliance of those treaty rights by the U.S. government,” Lenny Foster (Diné), who is the spiritual advisor to Leonard Peltier, said to Native News Online about his involvement at Wounded Knee.

On March 13, assistant attorney general for the Civil Division of the US Justice Department, Harlington Wood Jr., became the first government official to enter Wounded Knee without a military escort. Determined to resolve the deadlock without further bloodshed, he met with AIM leaders for days and, while exhaustion made him too ill to conclude the negotiation, he is credited as the “icebreaker” between the government and AIM.

Both sides reached an agreement on May 5 to disarm, and three days later the siege ended and the town was evacuated after 71 days of occupation; the government then took control of the town. During the incident, a Cherokee and an Oglala Lakota were killed by the FBI.