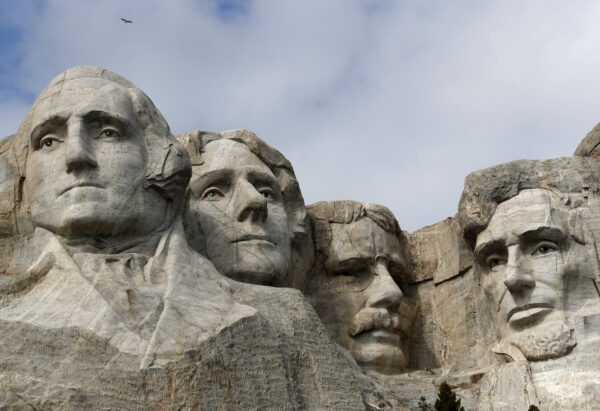 Trump and Noem are due to arrive tonight at Mount Rushmore in western South Dakota for a pre-July 4th celebration. The celebration will include a fireworks display where 7,500 are expected to attend.

Additional reasons for the ban by the tribal council include Mount Rushmore is located in the Black Hills, which is in unceded treaty territory and the total lack of government-to-government consultation

Fireworks have been banned at Mount Rushmore for about a decade amid fears about wildfires and groundwater pollution, but that ban went by the wayside per the president’s request for fireworks.

“And this year, resuming the fireworks demonstration is an even greater threat to both humans and nature. Thanks to an extremely dry summer, South Dakota faces a higher than usual risk of wildfires,” writes Cheryl Schreier, the former superintendent of the National Memorial from 2010 – 2019, in a Washington Post opinion piece published Wednesday.

On Wednesday, Oglala President Julian Bear Runner told The Guardian, “The lands on which that mountain is carved and the lands he’s about to visit belong to the Great Sioux nation under a treaty signed in 1851 and the Fort Laramie Treaty of 1868 and I have to tell him he doesn’t have permission from its original sovereign owners to enter the territory at this time.”

Appearing on MSNBC’s “The Last Word with Lawrence O’Donnell,” Bear Runner said he sent a letter to President Trump telling him he was not welcome to come to the Sioux Nation because there was no consultation between his tribe and the White House.

Beyond the lack of consultation and fear of fires from the fireworks, there is concern by the tribe of the spread of COVID-19.

Bear Runner says his tribal citizens are upset with the presidential visit to the mountain they consider sacred, even though it was desecrated with the carvings with four images of presidents.

“The people are angry. All I can do as a leader is stand back and support them…and to stand with them and help them in every way I can to do what is right.” Bear Runner said.

Bear Runner further said the fact Gov. Noem said there would be no practicing of social distancing at Friday’s event is a threat to his people and to the land.

Protests to the presidential visit are planned by American Indians and their allies at Keystone, S.D., which is the township where Mount Rushmore is located.