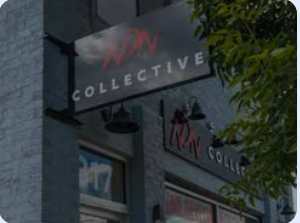 The NDN Collective announced on Thursdyay recipients of the Community Self Determination Grant, an unprecedented grant opportunity which will support and invest in the long-term visions, priorities, and power building of Indigenous nations, communities, and peoples.

The 65 recipients, who will receive grants of up to $100,000 annually for up to two years, are Indigenous-led organizations from across Turtle Island working in the defense, development, and/or decolonization of Indigenous Peoples and the planet.

“This cohort of grantee partners represents some of the most impactful work happening across Turtle Island—defending the air, land and water; developing Indigenous economies based on regenerative principles; and revitalizing our languages, cultures and ceremonies in ways that illuminate the path for the next generations,” Tina Kuckkahn (Ojibwe), director of grantmaking for NDN Collective, said.

“NDN Foundation, as the grantmaking arm of the NDN Collective, has resourced Indigneous Peoples with an unprecedented amount of funding in several meaningful ways since its inception, said Gaby Strong, NDN Foundation Managing Director. “Just over five years old, NDN Collective has distributed over $32 million in grant support to over 600 Indigenous-led organizations, individuals, Tribes and First Nations across Turtle Island (aka North America) and surrounding Island Nations. It has become the largest Indigenous-led fund in herstory/history, led by Indigenous women and matriarchs.