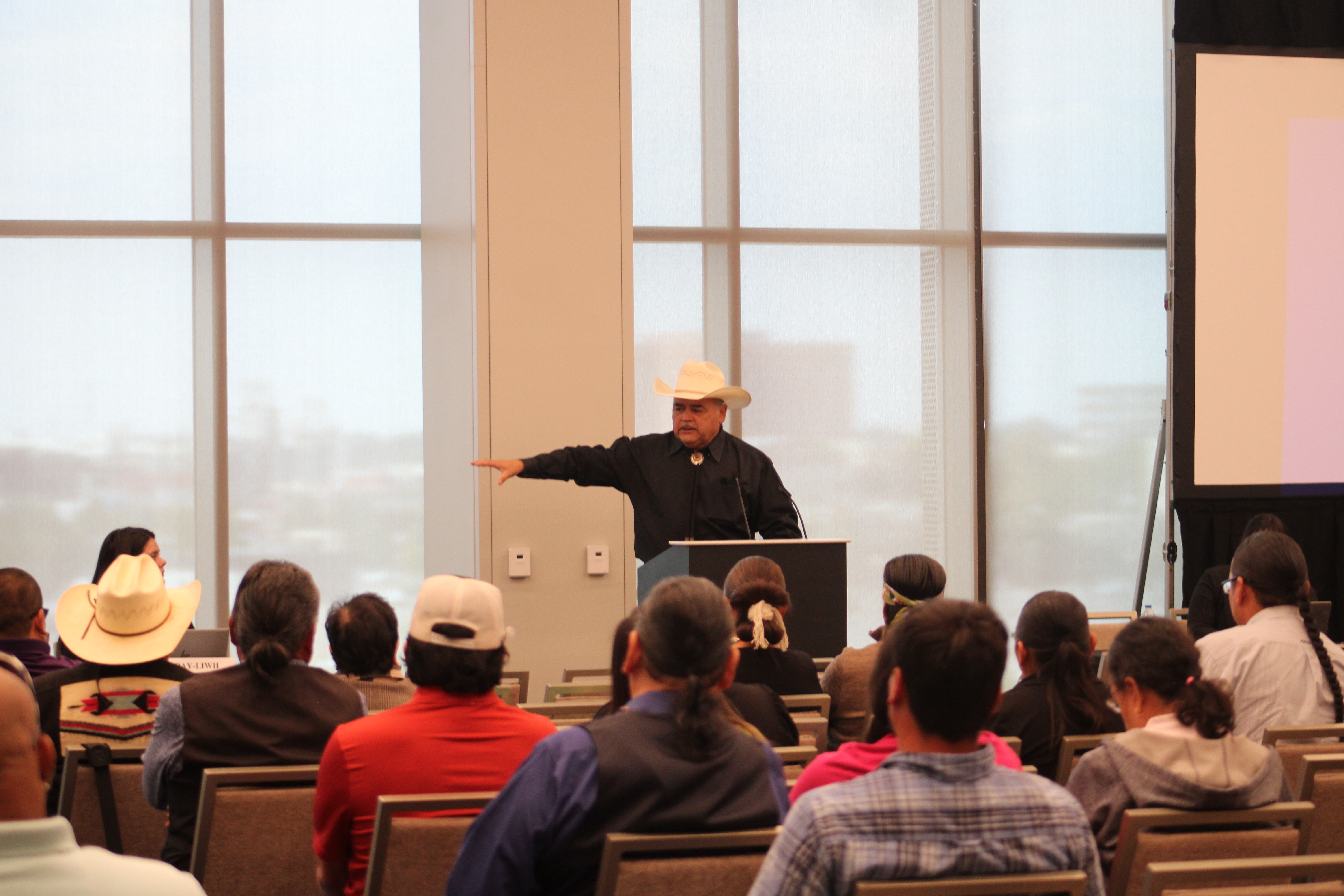 OKLAHOMA CITY—Yesterday, the Subcommittee for Indigenous Peoples of the United States heard from leaders of the Native American Church at a listening session scheduled during the 2022 National Indian Education Association’s annual convention. The Native American Church of North America (NACNA) is advocating for federal appropriations to preserve peyote’s natural habitat and is asking for support in Congress.

“Once before, we went through this issue of protecting peyote and it’s coming back,” Dr. Phil “Joe Fish” Dupoint said to the Subcommittee for the Indigenous Peoples of the United States on Wednesday. “When we get together, we can stop it.”

The American Indian Religious Freedom Act of 1978 (AIRFA) was amended in 1994 to protect the possession, use and transportation of peyote by members of federally recognized tribes for bona fide ceremonial use. Peyote is not used for purposes other than for ceremonies.

Dupoint is one of the Kiowa Tribe’s most esteemed elders and was recently awarded an honorary Doctorate of Human Letters from Bacone College. He’s been an advocate and ceremonial leader in the Native American Church for many years. He spoke of what he has witnessed in peyote ceremonies, usually held in tipis.

“I’ve seen people get carried in the tipi and have seen them walk out and are still walking to this day,” Dupoint said. “This medicine, to us, is very valuable and important and something that we need as Native American people.”

The Native American Church has roots in Oklahoma. It was officially founded in 1918 among the Comanche in southwestern Oklahoma and spread to other tribes, including the Kiowa and Apache. Today, the church has more than 300,000 members, with chapters throughout the United States and Canada.

Leaders say peyote’s habitat is threatened, and its loss threatens the largest intertribal religious organization in North America. The use of peyote is federally protected for members of federally recognized tribes, but its habitat is not. Because peyote only grows on private land in southwestern Texas, its habitat isn’t protected by state or federal laws.

Leaders of the Native American Church are hoping to influence Congress to protect their way of life under AIRFA, asking for the federal government to appropriate funding to incentivize private landowners to preserve the soil where peyote grows.

Many at the subcommittee presentation spoke of peyote as medicine and referred to its habitat as sacred.

“Where that medicine comes from is a sacred site,” Edmund Nevaquoya said at Wednesday’s meeting. “That place is a part of us.”

During his presentation, Nevaquoya, a Comanche musician, historian and ceremonial leader, shared oral history of how the ceremony was created when one of their ancestors sat down in the peyote gardens and created a ceremony for the place.

“The place was so sacred that a ceremony was created there and brought to our folks,” Nevaquoya said.

Nevaquoya told Congressional staff that peyote helped him overcome stage four cancer and that he would always believe in its capabilities.

“This medicine is good and people get good blessings out of it,” Nevaquoya said. “People sing our songs all over the world.”

Many other leaders, including attorneys, tribal leaders, dignitaries, and members of the Native American Church, emphasized to Congressional staff that peyote is considered a medicine and its environment needs to be protected to prevent further loss of habitat.

The Subcommittee for Indigenous Peoples of the United States is in the House Natural Resources Committee, chaired by Congressman Raúl Grijalva (D-AZ). The subcommittee is staffed by three Indigenous women, Naomi Miguel, Ariana Romeo, and Qay-Liwh Ammon. It is the House of Representatives version of the Senate Committee on Indian Affairs and has specific jurisdiction over the Department of Interior and the Bureau of Indian Affairs.

“Everything went well, and we are so glad we came to hear from people about how we can help protect their way of life,” Romeo told Native News Online. “This session helps us be informed to share and advocate in Washington.”

Present at the meeting was a policy analyst with the Nation Congress of the American Indians (NCAI). Moving forward, Brady will meet with NCAI’s peyote task force, a subcommittee dedicated to protecting peyote.