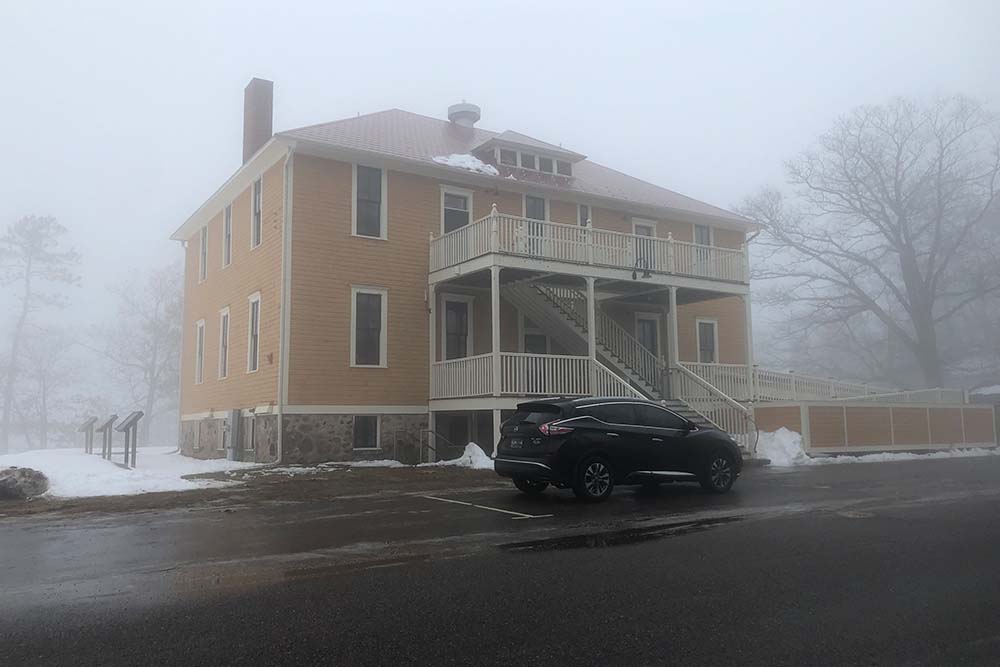 The Lac du Flambeau Band of Lake Superior Chippewa Indians, or Ojibwe, as they call themselves, has been reckoning with its government boarding school for decades. The school was one of many strewn across North America that used abuse and intimidation to purge Indigenous culture and language out of Native American youth. The Lac du Flambeau have since wrestled with what to do with the old building and how to heal the community. Now, their historians and educators are working to restore and strengthen cultural ties for future generations.

What remains of the former Lac du Flambeau Government Boarding School’s sprawling campus sits on a narrow strip of land between two of the six lakes that surround the small town of Lac du Flambeau in northern Wisconsin. Lauren Abel spends her days here in a yellow-painted three-story building called “the Boys’ Dorm,” working for the Lac du Flambeau’s Tribal Historic Preservation Office.

One of her jobs is sifting through archival material from the school. She reads these records while sitting in the basement of a building that housed a hundred Ojibwe children at a time.

“I'm compiling a list of names right now,” she says. “Just been kind of holding records. Anything that I see with a child's name, I put it down to an Excel sheet. So right now I think I'm at like, 430-some names. But I know there's more. I just get to it when I can. Just like keep pulling more files, and seeing if I can find more names.”

Abel and her colleagues had to go to the National Archives in Chicago to retrieve boxes and boxes of old archival material, and she says that they’ve barely made a dent.

The Lac du Flambeau boarding school operated from 1895 until 1935, when it was converted into a day school. Like other Indian boarding schools in what’s now called the United States and Canada, it took Ojibwe children from their homes and families to teach them English and assimilate them into European settler culture. The children were punished physically and verbally for speaking Ojibwemowin. The Lac du Flambeau school closed in the 1970s.

Few buildings remain. The building that was once the boys’ dormitory was restored by the tribe in 2014, and it now houses the office of the Lac du Flambeau’s Tribal Historic Preservation Officer and staff.

The stories in the archives feel very real to Abel, as she sits on the land where they happened. She has also spoken to survivors of the school. One survivor’s son told her a detail that still haunts her: in winter, students would be punished by being sent to sleep in the far corners of the building, where the heat didn’t reach.

“He did tell a couple stories like about that area there,” Abel said, pointing down the hall, “being the matron’s room, had a fireplace. The rest of the building was heated by little steam tunnels. So, the rest of it was pretty cold. He said if you misbehaved, you'd stay up in that corner, way up there, as cold as it would get in the building.”

The archives also tell of young women being sent out to be servants for local farmers, often paid as little as $1 a week (about $30 today), as one woman identified as Mrs. O’Connell wrote to the school. These locals would send letters to the school, complaining about the children’s intelligence, work ethic, homesickness, and depressed moods.

Another woman identified as Mrs. Coit wrote that the girls “should be taught to make the best of [their] hardships and not cry about everything.”

Abel says that the staff of the boarding school held similar attitudes towards the children.

“These teachers, matrons, you know, they had no love or compassion for these students, they were here to do a job,” she said.

Abel went to Lakeland Union High School in nearby Minocqua, and now her daughter is enrolled there. She says that her daughter receives more cultural education at Lakeland Union than she did, and Lac du Flambeau’s elementary school focuses on honoring Ojibwe culture even more.

Like the other boarding schools, the Lac du Flambeau school left unhealed wounds in those who attended, as well as in the community at large. The decision to restore and preserve the boys’ dormitory building sparked debate about whether it would be better for the community to try to forget, or to choose to remember what happened there.

“I'm glad it's here and that it's been renovated,” Abel says. “It's a piece of history that people shouldn't forget.  And I still think it shouldn’t be something that should be swept under the rug. At first, we had a divided community about it. Some people said, ‘burn it down, it's a painful memory.’ Other people said, ‘No, it's a sign of survival, we're still here.’ So, we had the ideas which we had and are doing to bring back the culture of this building. We host classes in here: Ojibwemowin language class, moccasin class, beading, stuff like that, that we brought back.” 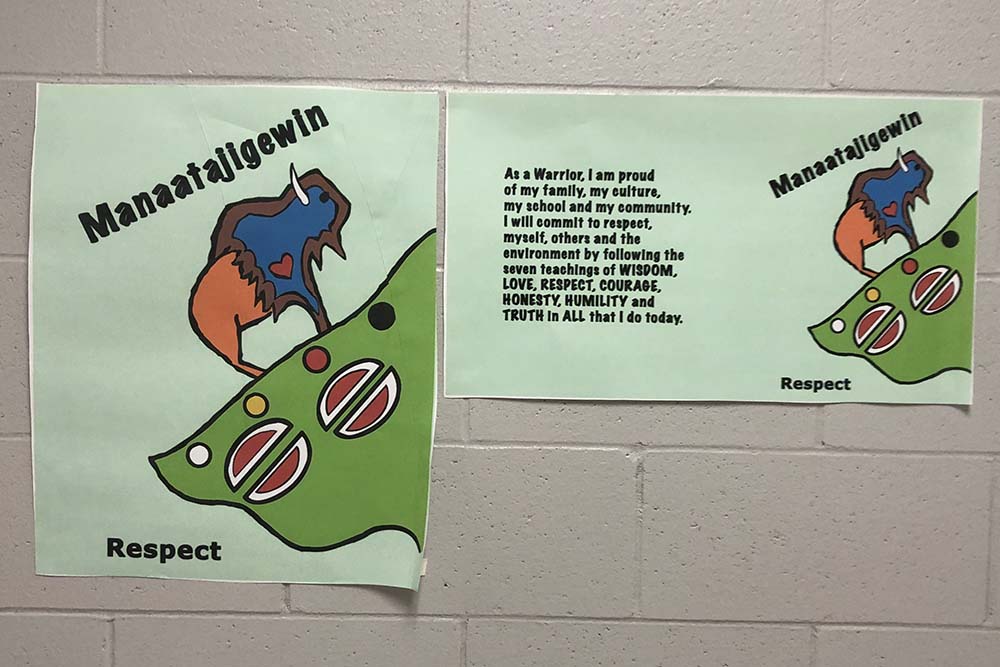 “We do get a lot of people in here that visit in the summer, and they really don't know anything about it,” Abel continues. It was “taking them out of their culture, and they were taking kids off the street,” she explains. “If they're down at the lake swimming, they would take them and the parents wouldn’t have known, and there was nothing they could do about it. In the school, they learned, like trade skills. Basically, how to be a white person, like not living off the land and not practicing tradition.”

Now, the Lac du Flambeau Band of Ojibwe people has more agency over what their kids are learning in schools, even in the Wisconsin state public schools.

The elementary school that carries the band’s name is on the reservation, about half a mile down the road from the old boys’ dorm, and the high school is about 15 miles away in Minocqua. Both schools have Ojibwemowin, or Anishinaabemowin, language programs. Two of the teachers in those programs had grandmothers in the government boarding school system.

Wayne Valliere teaches Ojibwemowin language, art, history, and culture at the Lac du Flambeau elementary school. His grandmother was one of the thousands of Ojibwe youth who were sent to boarding school from the late 19th century until the middle of the 20th century.

He calls Ojibwemowin “the most complex language in the world.” Learning it was not something he did passively. Though he grew up hearing elders in Lac du Flambeau sometimes using the language, he had to seek it out as a teenager, and decades later, he says he’s still learning.

Valliere is also a world-renowned birch-bark canoe builder. He was a 2020 National Endowment for the Arts National Heritage Fellow, and has received other awards and honors for his work. His students sit in on his canoe-building, and he invites students from universities in the Midwest to learn and participate as well. 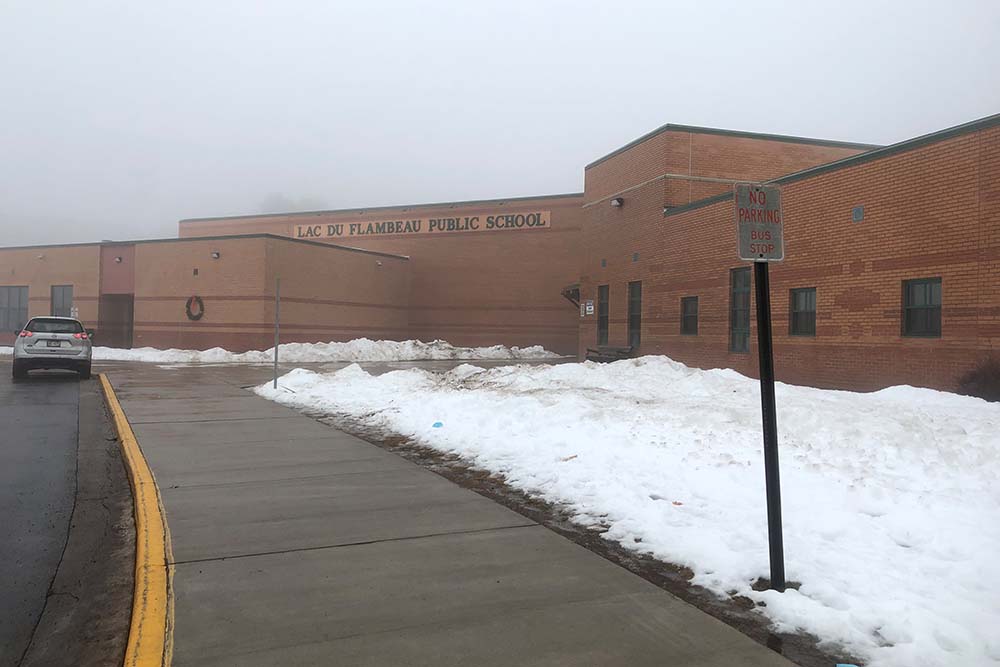 “I'm the director of language and culture at Lac du Flambeau Public School. I’ve lived in this community all my life. I'm a grandfather. I'm an uncle. I'm a father. I'm a spiritual leader to our community. Educator, Warrior. Treaty-rights activist, environmental-rights activist. Fighting for Grandmother Earth activist. I guess I wear a lot of hats.”

But right now, he’s just wearing a single ballcap and a sweatshirt over a pair of jeans.

For Valliere and other Lac du Flambeau members engaging in cultural revitalization work, language is one piece, though a vital one, of the decades-long effort to undo some of the damage done by the boarding-school system.

Valliere thinks it’s important that his students know about the school as well. To him, it’s a matter of reminding younger generations why learning Ojibwemowin is so important.

Greg Biskakone Johnson is an artist and teacher at Lakeland Union High School in Minocqua, where his brother also teaches. 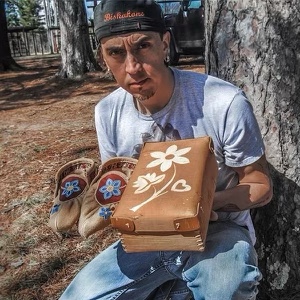 Greg Biskakone Johnson with moccasins and a box he made. (Photo Courtesy Biskakone Johnson)He teaches Ojibwemowin language classes, often involving lessons in food gathering and food sovereignty. As Abel said, these are all traditional skills that boarding schools tried to sever from Ojibwe children.

“A majority of our students will never leave Flambeau,” Biskakone Johnson says. “What do we need to do as educators to help them thrive and survive? You only have to give them that Ojibwe education. Well, we'll give them peace of mind. It'll keep them sane in this crazy world, and it'll give them something to fall back on if the other world was not doing so well. I call it insurance from our grandpa, our grandfathers and grandmothers. It's up to us to give them that insurance, that peace of mind.”

In his living room, with his wife, Alexandria, and his young son Asiginaak, he spoke with pride about the lessons his students have taken from class, such as one asking him how to preserve a deer hunted one weekend.

How to survive off the land is something that Biskakone Johnson learned from his grandmother. Despite her time in the boarding-school system, she made an effort to pass on lessons in food sovereignty to her family.

For these and other cultural leaders at Lac du Flambeau today, language and culture revitalization is not just an enrichment program for the tribe’s youth. It’s a matter of long-term cultural survival.

Biskakone Johnson has heard stories from other elders about facing physical violence as children at the schools when they tried to use their original language.

“You know, my grandmother never really talked about it. But I knew that there was some stuff that really, really bothered her that way too.”

Neither his grandmother nor Valliere’s told them much about their time at boarding school. It’s common that survivors don’t talk about their traumatic experiences with their families. 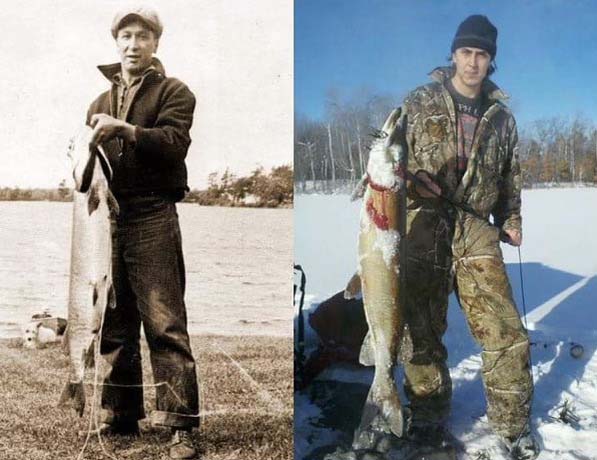 In May 2020, he and three other tribal members were spearfishing on Little Saint Germain Lake, when they were shot at by a nearby landowner. The incident echoed the decades-long violence towards Ojibwe attempting to exercise their treaty rights to fish.

“When we experience things like that, unfortunately, that's the education system failing that man that pulled the trigger on us,” Biskakone Johnson says. “If he was a true American citizen, if he knew anything about anything, he would have this knowledge that was given to him through his education system, saying that treaties were signed by both peoples, they were signed by neighbors and the United States government, and the people, the citizens of the United States, benefit from treaty rights.”

This sort of ignorance has affected his children as well. His eldest son, Koen, recorded his teacher in Wausau who dressed as a stereotype of a Native American for a history lesson this September. The clip was met with outrage.

He and other Lac du Flambeau descendants of boarding-school survivors have turned their attention to reviving cultural influence in generations of young people.

In the basement of the Boys’ Dorm, where the United States government tried to erase Ojibwe culture from the minds of children, Lauren Abel will keep working to ensure that history won’t be forgotten in Lac du Flambeau.

And in the new school’s classrooms, Wayne Valliere and Greg Biskakone Johnson will do the same.

Reporting for this story was supported by the Pulitzer Center.