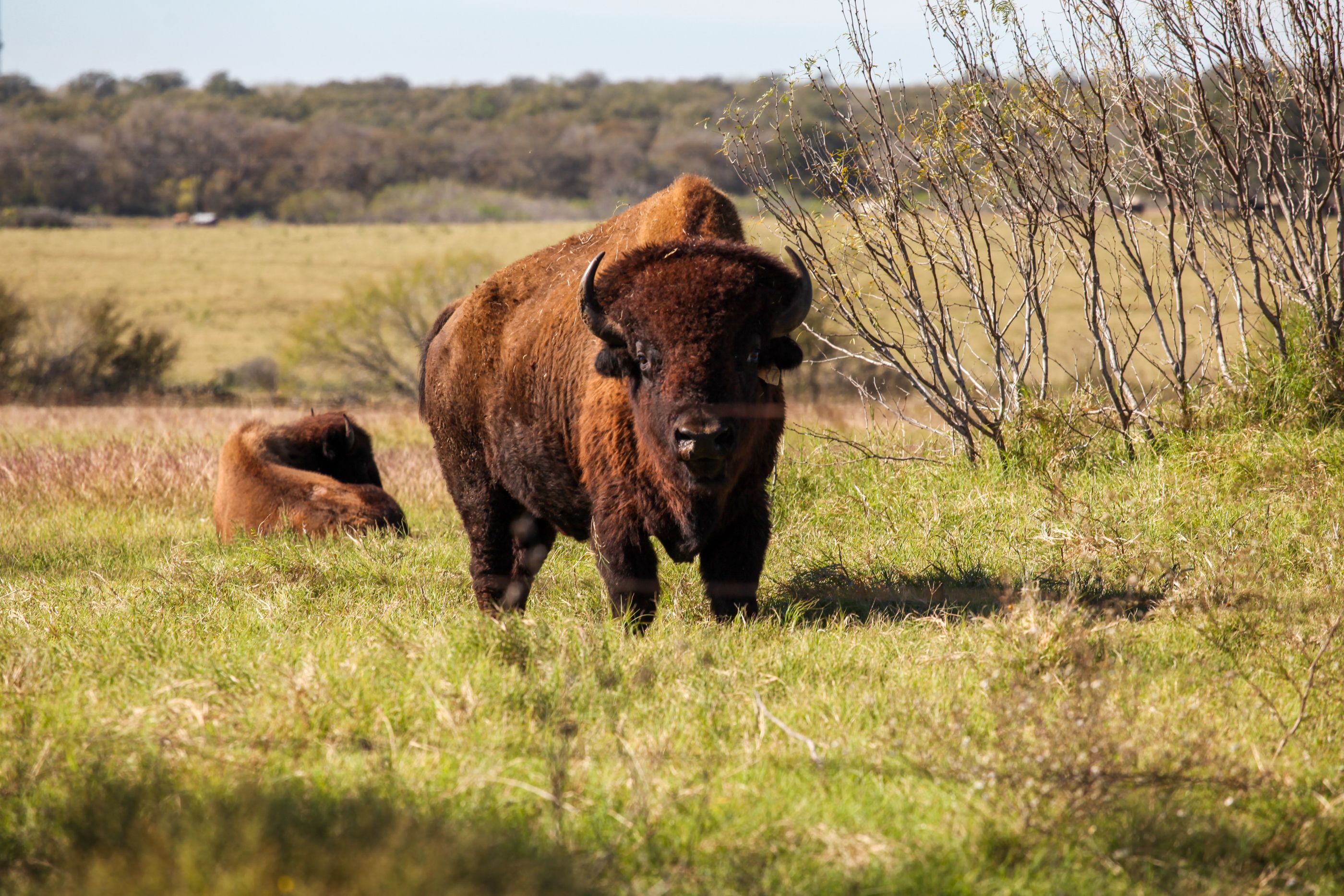 Lucille Contreras made her way back into her home after spending the morning with the recently rematriated buffalo in early February. Five buffalo were returned to Lipan Apache lands in Texas through a program by the Nature Conservancy that has given 270 bison back to Indigenous nations throughout the country.

“It feels like the prophecies of our ancestors are being fulfilled by the rematriation of our relatives and reconnecting with each other as Indigenous people here in Texas,” Contreras said. “It feels like answers to prayers.”

The five buffalo joined the herd of four that call the Texas Tribal Buffalo Project home in Waelder, about 80 miles east of San Antonio. When the buffalo were introduced to one another, they were initially separated to ensure that the two herds would come together harmoniously and there would be no conflict. The buffalo almost immediately broke through the barrier separating them and created a herd of nine.

“We currently have… one bull and eight females,” Contreras said. “Every day I spend time with these bison. I can tell you, I see a lot of low bellies on the females. It's so exciting. Such a blessing. Praying that we have some healthy babies born in the spring and early summer here.”

This spring the project may welcome as many as eight new babies into the herd.

In 2020, the Conservancy made it a priority to return a number of buffalo back to Indigenous nations. The Conservancy works with the Tanka Fund, which financially supports the transfer. Both organizations work with local nonprofits or tribal governments on the transfer: So far, 12 nations have received buffalos through this partnership.

“The buffalo helped to maintain the health of the prairies and the grasslands because they’ve been there traditionally, and the grazing behavior is important to promote natural biodiversity,” Suzanne Scott, state director for the Nature Conservancy in Texas, said. “They're critical to the health of a variety of species and plants.”

Before colonization, millions of buffalo roamed the Great Plains. They were important to many Indigenous nations for cultural and practical reasons, providing food, leather, and fur.

In Texas, hundreds of thousands of buffalo were slaughtered in the 1870s and 1880s so the transcontinental railroad could be completed, virtually exterminating them from the state. The only buffalo that remained were protected on government property or private ranches.

Before becoming the founder and CEO of the Texas Tribal Buffalo Project, Contreras worked in the information technology sector for 27 years. During the pandemic, she didn’t feel safe at work, and worried about catching COVID-19. So she left her job to pursue a new passion.

For six years, Contreras lived on Oglala Lakota lands in Porcupine, South Dakota, and there she connected with the Knife Chief Buffalo Nation Society, a nonprofit that is “committed to caring for members of the buffalo nation as relatives and learning from them.” This is where she learned, from caretaker Edward Iron Cloud III, how to care for and maintain a buffalo herd. For three years, an application for a U.S. Department of Agriculture “Beginning Farmer and Rancher” loan sat on her desk before she finally submitted it.

“Our programs are not specifically for the Lipan Apache, but also to include other Texas Indigenous groups who have similar experiences,” Contreras said. “The Lipan Apache consists of many various bands and clans, but we are still one nation growing together in our unity.”

With lots of prayers and offerings, Contreras chose 77 acres in Waelder, where the herd of buffalo now roams. The goal of the Texas Tribal Buffalo Project is to heal intergenerational trauma by helping Indigenous people of Texas reconnect with the buffalo. The project invites any Indigenous person from Texas to come and visit with the buffalo.

“We always welcome and invite folks to come out here and visit and spend time with the buffalo,” Contreras said. “That's truly the best medicine I feel. These bison are the number-one stewards of the land, and we can learn a lot from them.”

The Nature Conservancy has more than 6,000 bison that roam 113,000 acres of land in ten different states. It is the largest private buffalo herd in the country. To ensure the lands the buffalo reside on remain healthy, the buffalo herds have to be managed, and surplus buffalo are sold. The profits from the sale of 1,500 buffalo a year go back into local conservation efforts and the operating budget for local chapters of the Conservancy.