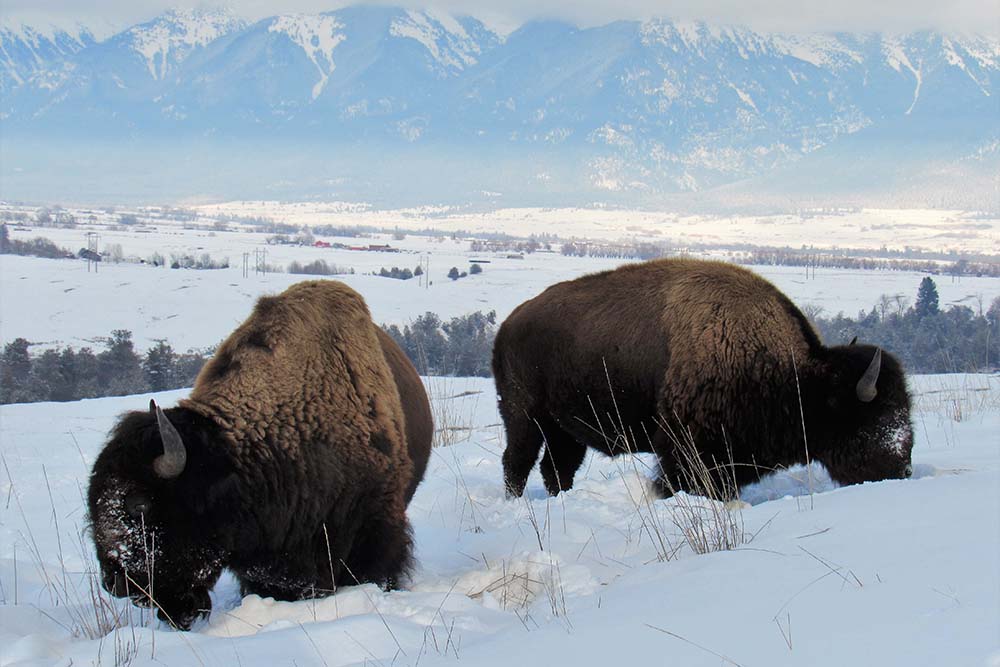 A package of bills passed by Congress on Dec. 26 included the return of the National Bison Range to the Confederated Salish and Kootenai Tribes (CSKT) from the U.S. Fish and Wildlife Service. The Tribes had long been fighting to regain ownership of the 18,800-acre wildlife refuge in western Montana, which was unlawfully taken from the heart of their reservation.

“We were relieved when it was done,” said Rich Janssen, head of the CSKT’s Natural Resources Department. “It’s something we’ve been working on for more than 100 years.”

Teddy Roosevelt’s administration set aside the National Bison Range in 1908 with the intention of saving the iconic mammal from extinction. But the property was seized from the Flathead Reservation by the federal government through a devious policy that was commonplace at the time. Through the Dawes Act of 1887, the government initiated the practice of allotment: dividing land between tribal members and selling off the surplus to homesteaders.

The modern-day National Bison Range lies within the CSKT’s rightful property about an hour north of Missoula, Mont., per their 1855 treaty with the United States. The herd is descended from a group of bison originally brought to the reservation by the Tribes’ forebears more than 150 years ago.

Herds of bison tens of thousands strong once stretched to the horizons of what would later become the state of Montana. The Salish word for the animal means “many blacks,” referring to the seemingly endless specks of bison herds that once grazed the distant plains. Environmental historians estimate that there were upwards of 30 million bison in North America by the end of the 18th century, their range spanning from northwest Canada all the way to Florida like a great sash draped across the continent.

Less than a century later, that number dropped to under 1,000 individuals as overhunting by American and Canadian settlers decimated once-mighty herds. It was around then that a Pend D’Oreilles man named Latati was on a hunt and saw the decline of the mammals revered and relied upon by his people. He decided to bring a small group of orphaned calves from hunting grounds East of the Rocky Mountains, and lead them all the way back to the Flathead Reservation. 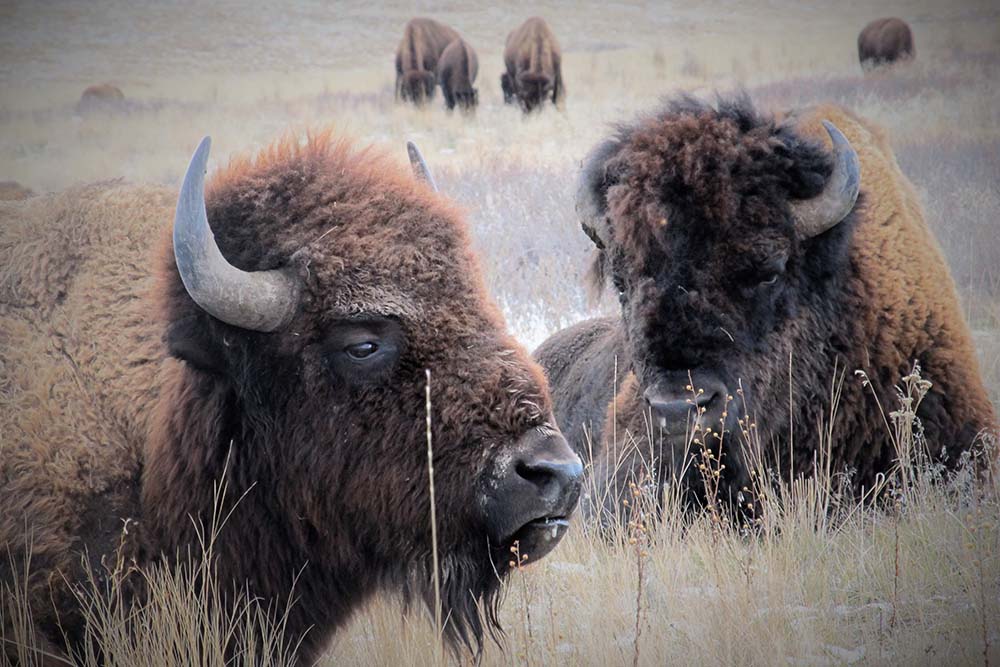 Bison roaming the National Bison Range in Montana. The range was returned to the Confederated Salish and Kootenai Tribes in December 2020. (Photo by David Stalling)

Latati’s arduous trek over the Continental Divide with calves in tow was an astounding feat. This journey was foreshadowed by his father Atatice, who suggested bringing bison to CSKT lands 10 years prior but retracted his proposal when tribal leaders voiced concerns about becoming sedentary without the need to travel east to hunting grounds.

“The return of this land is a chance for us as a tribe to showcase what was here, and tell the story of how Atatice and Latati started that herd,” Janssen said. “Educating the public is a big part of our management goals.”

By the late 1800s, the bison on the reservation were under the ownership of Michel Pablo and Charles Allard and had grown into one of the world’s largest remaining herds. After allotment, however, settlers began flooding into the region and with them came fences. With the bison’s grazing land now fragmented, Pablo and Allard had no choice but to sell their herd to an American rancher near Kalispell, Mont., and to the Canadian government. The U.S. government wasn’t interested in purchasing the herd from the Tribes, even though the very same bison would be purchased less than 10 years later from the Kalispell rancher to stock the new refuge.

While the Tribes voiced opposition to the seizure of land for the preserve, they were not recognized as American citizens at the time and their appeals went unacknowledged. For more than a century, the CSKT struggled to regain their rightful claim to the National Bison Range and, in turn, the herd that resided there. In 1971, a court ruling on a civil action filed by the Tribes found the Bison Rage to be “private property be taken for public use without just compensation," as the Fifth Amendment allegedly forbids.

It wasn’t until 50 years later that the process of returning the range was initiated, and it didn’t come without road bumps.

The first agreement for the land’s return was signed in 2004, but terminated in 2006 due to resistance from employees of the U.S. Fish and Wildlife Service (USFWS). After the Tribes challenged that termination, another agreement was reached in 2008 but again undone in 2010. The environmental assessment process for a third agreement in 2012 was delayed and never finalized. Finally, in 2016, the USFWS got behind the restoration of the National Bison Range to tribal management—though it took four more years for the true initiation of the transfer process.

The Tribes’ Department of Natural Resources will keep the bison range open to the public, with a focus on affordable admission and employment opportunities for CSKT members.

“That’s our intent, to hire qualified tribal members,” Janssen said. “We have quite a few young members that have gone forth and gotten wildlife biology degrees, and they’ll become the experts.”