Women are Disappearing and Dying in Indian Country. We must Act. 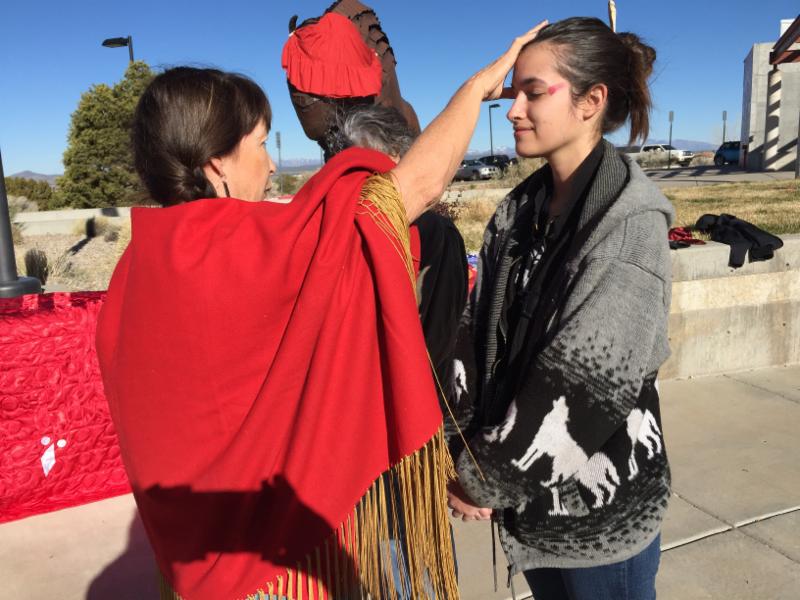 What would you do if your sister, your daughter or your mother went missing without explanation? There would be search parties. Law enforcement would issue amber alerts. Investigations would begin. Suspects would be brought in for questioning. 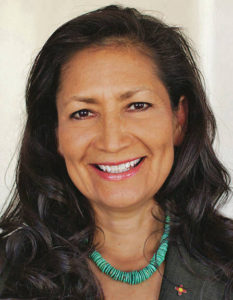 Rep. Deb HaalandIn Indian country, that’s not the case. In Indian country, it is often days before law enforcement shows up for a missing person call or homicide. In the case of Ashlynne Mike, a eleven-year-old-girl in New Mexico, an amber alert wasn’t issued for more than 10 hours, when typically for cases of missing children those alerts are posted almost immediately. Ashlyn Mike lost her life at the age of eleven. In Indian country, families sometimes wait days for the authorities to respond, and frequently lead the only search parties. What’s worse, sometimes the record of that missing indigenous person isn’t documented, leaving questions unanswered for decades, leading to gaps in information, missing person cases unsolved and perpetrators roaming the streets.

Leona Kinsey disappeared from her home in Oregon 20 years ago – her car was found empty, purse in her home, groceries still in the fridge. She is still missing, and her family still wonders what happened to her.

Indian country has been severely underfunded for decades. It leads to a lack of funding for roads, cellphone service and public safety departments.

There are several things we can do right away to begin addressing the crisis of missing and murdered indigenous women. First, we must adequately fund tribal law enforcement and victim advocates so survivors of domestic violence and trafficking do not become part of the statistics that contribute to loss of life. With the resources to hire more officers in Indian country and provide the proper training on missing person cases, law enforcement can improve response times and conduct effective investigations.

The picture can be even more dire for urban Indians. Recent reports by the Urban Indian Health Institute identified 506 cases of missing and murdered indigenous women across 71 urban cities – my state of New Mexico ranked number one for the highest number of MMIW cases with 78. These numbers are believed to be an extremely low estimate due to the lack of programmatic resources across the board to address issues of missing and murdered indigenous people in urban locations.

Due to devastating federal policies like forced relocation and removal over generations, 71 percent of the Native American population live in urban areas. Cities with high populations of Native Americans include places like Phoenix and Seattle and – my district – Albuquerque. That means communicating and sharing information, so that these cases can be tracked is critical, but right now communication between jurisdictions is limited and often times non-existent.

Three transgender Native people, Ryan Shey Hoskie, Fredrick Watson and Teri Benally, all in different stages of their lives – 23, 32, and 42 – were found beaten to death in Albuquerque between 2005 and 2009. The circumstances surrounding their deaths remain a mystery.

City, county, state and tribal agencies must work together so we can fully understand the scope of this epidemic. If unaddressed, Native people will continue slipping through the jurisdictional cracks.

We must commit as a country to the principle that every person deserves justice – every person deserves the same attention when they go missing, regardless of whether they are located in rural or urban areas, Native or an immigrant, rich or poor. I’m challenging my colleagues and law enforcement around the county to commit to that effort.

The epidemic of missing and murdered indigenous women has been overlooked for far too long, but we’re finally giving a voice to this silent crisis. When your community is at risk – when it could be your daughter, your sister or your mom – the issue demands urgency. The attention this issue has received wouldn’t have been possible without the women in Indian country saying, “enough is enough, we deserve to feel safe too”. It was a call for Congress to direct real resources to the problem.

We finally have political voices to raise this issue on the national level. That’s why I’m fighting for Savana’s Act, and to ensure protections for Native people are included in the Violence Against Women Act.

The cases of Leona Kinsey, Ashlyn Mike, Shey Hoskie, Fredrick Watson and Teri Benally could have been different. We must act in order to change this deadly cycle in Indian country.

Deb Haaland represents the New Mexico's 1st Congressional District in the 116 Congress. Elected in November 2018, she is one of the first two American Indian women to serve in Congress.

Donate
Free Newsletter
About The Author
Author: Deb HaalandEmail: This email address is being protected from spambots. You need JavaScript enabled to view it.
Breaking News