The Better Way to Right an Old Wrong 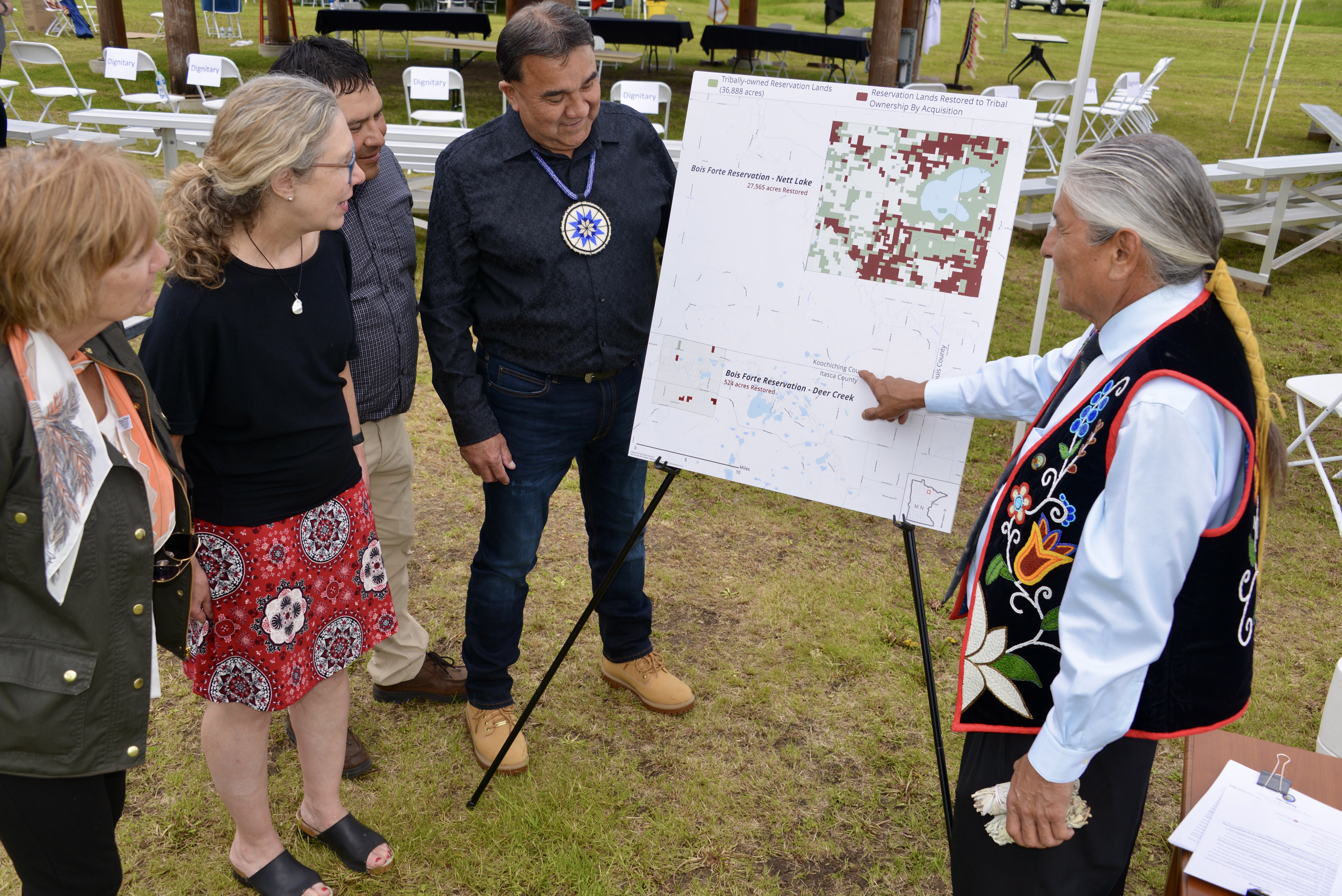 Land that was wrongly taken from tribes more than 100 years ago is often only returned if the tribes agree to adhere to someone else’s interpretation of what’s best for the land. There’s a better way to right an old wrong.

Guest Opinion. Imagine one day City Hall seized your home’s front and back yards, along with your driveway, front walk and back porch. Yes, you’d still have a house where you could eat, sleep and reside. But you’d no longer have your full home and what was rightly yours.

Now, imagine you were given the opportunity for that land to be returned to you. All you’d have to do is promise to never change a thing. You could maybe do something benign – pruning the trees or mowing the grass – but you could not build a shed, start a garden, or add a swing set for your children.

Would you take the deal?

This, in essence, is the deal Indian Country is commonly offered when land conservation organizations offer to return anywhere from 10 to 10,000 acres of land to Native American tribes. Land that was wrongly taken from tribes more than 100 years ago is often only returned if the tribes agree to adhere to someone else’s interpretation of what’s best.

There’s a better way to right an old wrong.

Recently, two organizations, the Indian Land Tenure Foundation and The Conservation Fund, helped finalize a deal by which the Bois Forte Band reacquired 28,089 acres of its reservation land in northern Minnesota that was lost to federal allotment during the late 19th century. This deal is the single-largest private land restoration project in United States and Indian Country history based on available historical data. And that forestland went to the Band without any permanent obligations for the care, management or use of that land.

Some well-intentioned people with an honest desire to see beautiful land remain beautiful challenge this approach. They argue that a lack of permanent restrictions on the land means that trees could be cut down, factories could be built, or lakes could be fished to exhaustion.

But the Bois Forte Band is, and always has been, the best steward of this land. It is their home. It is precious to them, and caring for this land is paramount to them, irrespective of permanent obligations prescribed to them in a legal document, such as a conservation easement.

How do I know this to be true? Through close collaboration with the Band’s leadership, we built an understanding that is centered around listening and fully understanding their unique history, current challenges and vision for the future.

As an example, the Bois Forte Band first sought to safeguard their land by entering into treaties with the United States in 1854 and 1866 to establish a permanent and undisturbed homeland. But a few decades later, the federal government set aside its treaty obligations so it could divide the Band’s land, selling it to timber companies and homesteaders. After The Conservation Fund acquired over 72,000 acres of forest land in 2020 – with significant acreages of allotted reservation land – a unique opportunity took shape to help the Band regain 21 percent of its lost homeland, securing forever what should have been secure 156 years ago.

The Bois Forte Band expressed a unique passion for land conservation and an unquestionable commitment to do what’s best for the forest. Moreover, the Band was prudent in identifying and pursuing opportunities whereby it could financially benefit from keeping the land in its natural state. Acres enrolled in Minnesota’s Sustainable Forests Initiative Act, for example, will generate revenue for the Band.

The transaction further supports the Band’s sovereignty through full-faith-in-credit financing provided by Indian Land Tenure Foundation’s subsidiary, the Indian Land Capital Company, which allowed the Band to acquire the land without having to use it as collateral.

While there was no conservation easement in place on any of the land tracts, the Band was strongly incentivized to maintain these lands as a working forest. This symbiotic mindset goes to the Band’s benefit as much as it secures the forest’s future. In this way, the Band recognizes the forest as an environmental asset rather than a commodity to be consumed.

This arrangement need not be unique. Indeed, an approach that honors tribal sovereignty while incentivizing best practices in land conservation represents a new and gracious path forward for this type of work.

A better way to right this old wrong is by thinking differently. If the people, organizations and financial institutions involved in land restoration work are more willing to structure their deals and finance their transactions differently, we will more readily achieve the outcomes we — tribes and conservation groups — yearn to see.

This is how tribes such as the Bois Forte Band can regain lost land in a way that empowers and inspires – and it’s how we can work together to better right an old wrong.

Cris Stainbrook, Oglala Lakota, has been working in philanthropy for 35 years and has been President of Indian Land Tenure Foundation since its inception in 2002. Before joining ILTF, Stainbrook spent 13 years at Northwest Area Foundation, where he managed grant making programs in sustainable development, natural resource management, economic development and basic human needs.