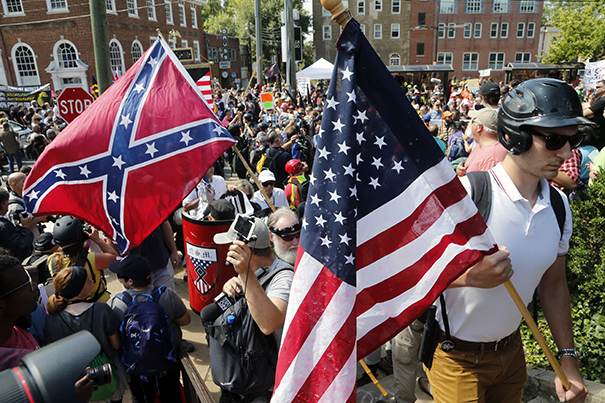 Opinion. The news of President Trump contracting Covid-19 is disturbing as is the news anyone, regardless of station in life, has been afflicted with the deadly disease. The fact that the president now has Covid-19 will not negate the fact that Election Day is Nov. 3 and voting continues in 18 states across the nation.

Elections involving incumbent presidents become a referendum on the past four years of their governance. Certainly, the 2020 election will render a referendum on Trump’s governance since he assumed the presidency on Jan. 20, 2017.

Presidential debates are forums where viewers can ascertain the positions of the two major political parties’ nominees on a variety of critical issues that confront the nation.

Viewers of last Tuesday night's presidential debate had a difficult time hearing either candidate’s positions because of the interruptions and talking over one another. Trump interrupted former vice president Joe Biden almost every time the former vice president began to answer the question presented by the moderator.

According to a poll taken between Wednesday and Friday before the president was diagnosed with Covid-19, voters disapproved of Trump’s behavior during the debate by a margin of 65 percent to 25 percent.

After watching Tuesday night’s debate, I felt as I did after getting a root canal a number of years ago. Numb. It was an unpleasant experience.

During the debate, there were many low moments, but three stick out in my mind.

First, I will start with the lowest for me. It was when Trump interrupted Biden to suggest he did not know Beau Biden, as the former vice president was talking about his dead son, who served patriotically in the military with honors. Trump said, “I don’t know Beau. I know Hunter.” Then Trump went on to mention Hunter had had a cocaine problem and allegedly received millions of foreign dollars.

To show such disrespect for a man discussing his deceased son who served the United States’ military with honors was unconscionable.

Another low point came when Trump refused to denounce white supremacy and the Proud Boys, a radical right-wing group of gun-toting wannabes. Instead, in front of a national audience, Trump spoke directly to the Proud Boys: “Stand back and stand by.”

Trump’s failure to categorically denounce white supremacy is disturbing to American Indians because we know it was the ideology of white people who thought they were superior to our ancestors and then proceeded to commit genocide. We should never forget that this ideology behind white supremacy allowed for the justification of colonialism in North America. It led to the loss of land, and the subjugation of this land’s Indigenous peoples.

It matters even today when there is even a tinge of white supremacy against any person of color. White supremacy can be likened to a cancer that needs to be removed less the whole becomes contaminated.

Today, white supremacy allows for voter suppression among Native voters and the votes of Blacks and Hispanics.

Another low ebb of the presidential debate came when Trump answered moderator Chris Wallace’s question to the president about why he decided to end racial sensitivity training and whether the president believes there is systemic racism in this country.

The question related to the Trump administration's move to halt training for federal agency employees on topics that include "white privilege" and "critical race theory" in early September.

Trump offered this response in spite of a 2016 report by the Equal Employment Opportunity Commission, which found that 36 percent of harassment complaints made by federal employees to the agency were about racism in the workplace and 44 percent alleged harassment based on sex.

Trump’s words and actions since he became president show he needs diversity training himself. Diversity training does not teach people to “hate our country.” Its goal is to teach mutual respect, something that was sorely missing during last week’s debate.

The three low points of the presidential debate clearly show the difference between the two candidates. Native voters should vote for the candidate who most aligns with harmony as we work towards a more peaceful nation.

Author: Levi RickertEmail: This email address is being protected from spambots. You need JavaScript enabled to view it.
Levi Rickert (Prairie Band Potawatomi Nation) is the founder, publisher and editor of Native News Online. Rickert was awarded Best Column 2021 Native Media Award for the print/online category by the Native American Journalists Association. He serves on the advisory board of the Multicultural Media Correspondents Association. He can be reached at [email protected]ivenewsonline.net.
Breaking News