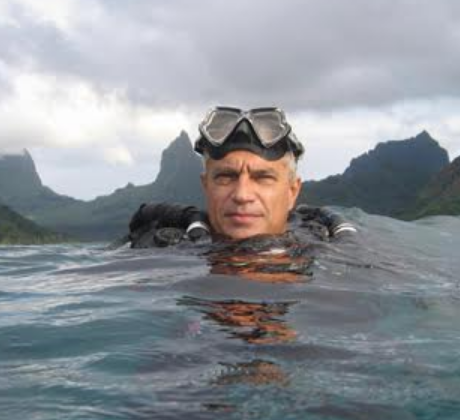 Tom Rodgers, president of the Global Indigenous Council (GIC), accused Daines of “waging a proxy war” against Secretary Haaland through the grizzly. Daines first line of attack in Haaland’s confirmation hearing was to question her support of The Tribal Heritage and Grizzly Bear Protection Act.

Some eighteen Indigenous plaintiffs led a coalition of tribes, traditional societies, spiritual leaders, and environmentalists in defeating the Trump administration in 2018. They litigated not only on science, but violations of the federal-Indian trust responsibility, treaty rights, and spiritual and religious freedoms.

“Deb Haaland’s confirmation as Secretary of the Interior is hopefully a watershed moment for Indigenous communities, endangered wildlife, and our planet. Unfortunately, she must not only confront the crises of climate change, species extinction, the diminishment of wildlands, and the disenfranchisement of Indigenous communities—she faces a tidal wave of Western sentiment hell-bent on returning to a full-out war on apex carnivores, including grizzly bears and wolves,” said Psihoyos.

Psihoyos’ first documentary, The Cove, won the Oscar for Best Documentary Film of 2009.

Daines joined Sen. Cynthia Lummis (R-WY) in introducing the Grizzly Bear State Management Act of 2021 to remove ESA protections from the grizzly and allow state-organized trophy hunts of the iconic species revered as sacred by many tribes. The bill is co-sponsored by fellow Haaland opponents, Sen. John Barrasso (R-WY) and Senators Mike Crapo and James Risch of Idaho.

In response to tribes’ victory in federal court that was upheld by the 9th Circuit Court of Appeals in July 2020, the Daines-Lummis bill includes language that would deny tribes and environmental groups due process, and declares that if passed, the bill “shall not be subject to judicial review.”

“Wildlife management must be determined by science, not by activist judges,” Daines asserted in a statement to justify the provision.

“Opponents of the ESA who perpetuate the ‘activist judges’ bogeyman have it dead wrong,” responded Nicholas Arrivo, managing attorney for the Humane Society of the United States. “Judicial review of delisting decisions protects the role of science by holding the government accountable to its legal mandate to make decisions solely on the basis of the best available scientific information. The GYE grizzly bear delisting opinions confirm what the drafters of the ESA understood: courts serve as an essential check to ensure that listing decisions are driven by science – not politics or ideology.”

“Let me understand this correctly: we’re going to be lectured on the law and its application by members of the Sedition Caucus who sought to overturn the 2020 election and see autocracy replace democracy? I suppose the next thing will be Daines claiming that Judge Christensen who ruled on the case is a member of Antifa,” Rain continued.

Louie Psihoyos, whose second film, Racing Extinction, was nominated for an Emmy and an Oscar, provided perspective to the latest attempts by Western lawmakers to roll back protections on lands and beings Indigenous people retain a deep spiritual connection to.

“The backward slide of efforts to delist the wolf and now the grizzly bear are permanent residues of extermination mentality that brought these species to the brink, and will do so again. Our long history of trampling Native American treaty rights goes hand in hand with the perennial persecution of native carnivores. I am not sure how long we can continue to treat the natural world as our competitor, rather than our ally, in the long road towards self-preservation,” Psihoyos questioned.

“There is enough future uncertainty associated with conservation efforts, such that the grizzly bear in the lower-48 States remains likely to become in danger of extinction within the foreseeable future throughout all of its range,” USFWS reported.

“After assessing the best available information, we conclude that the grizzly bear in the lower-48 States is not currently in danger of extinction throughout all of its range, but is likely to become so in the foreseeable future,” the government scientists found.

Senator Daines quickly issued a response to the USFWS review.

“The Biden administration should follow through on their commitment to follow the science and act upon their career scientists’ own findings by moving forward immediately to delist the grizzly bear in Montana and return species management back to the state,” Daines insisted.

“That’s the kind of nonsensical response you would expect from somebody who followed Trump’s science and has taken too much hydroxychloroquine,” Rain said.

“Arguably the only person with less credibility than Daines on this issue is Cynthia Lummis,” he continued. “Here they are gaslighting about ‘the Biden administration not following science’ when they have made it a point of pride to be climate change deniers and push for increased fossil fuel extraction on public lands in the states they represent. Their attacks on Deb Haaland were for that exact reason, they fear she won’t permit more public lands – that are in many instances sacred lands to Indigenous people – to be drilled, mined, and fracked into oblivion.”

Daines’ former business partner and fellow multimillionaire Montana transplant, Governor Greg Gianforte, is expected to sign into law state legislation that reinstates frontier-era hunting practices which resulted in the eradication of wolves and grizzly bears. Last employed over a century ago, bounties for killing wolves, noose snares that choke wolves and other species to death, baiting, and hunting bears with packs of hounds will all be enacted upon Gianforte’s signature.

Like Daines, Gianforte presents himself as Montanan to the bone, but, like Daines, he wasn’t born in the state. Gianforte grew up in Pennsylvania and moved to Montana in the mid-1990s. Last month he fell foul of Montana law after trapping a collared wolf familiar to tourists and researchers alike that wandered outside Yellowstone National Park. After killing wolf #1155, Gianforte said his failure to complete the required certification was an oversight, and that he had been trapping since he “was a tot.” The last gray wolf in Pennsylvania was killed in 1892, sixty-nine years before Gianforte was born there.

Though wolves remain extinct in 80% of their historic range in the lower-48, the Trump Administration removed them from ESA protections two days before the US Capitol insurrection on January 6. As a result, last month, hunters in Wisconsin violated Anishinaabeg tribes’ treaty rights while killing 216 wolves in four days, nearly twice the state quota, but Indigenous leaders have “vowed not to let the wolf be slaughtered in silence.”

“Tribes from Connecticut to California have signed the Wolf Treaty, alongside leaders like Winona LaDuke and Chief Arvol Looking Horse. It is grounded in our Traditional Ecological Knowledge, has been praised by the Great Lakes Indian Fish and Wildlife Commission, and has been described by highly respected biologists as ‘a blueprint’ for wolf management. When COVID allows, we look forward to presenting the Wolf Treaty to Secretary Haaland,” GIC president Rodgers said.

“Secretary Haaland has already made history as one of the first Indigenous Congresswomen and we look forward to the great strides she may take in rebalancing our relationship with nature. We have a very long way to go to ensure a just and humane future for our country’s important apex carnivores and the original peoples of this land,” concluded Oscar-winner Louie Psihoyos.