Say Her Name: Hanna Harris’ Murder is Why We Remember Our Missing and Murdered Indigenous People on May 5 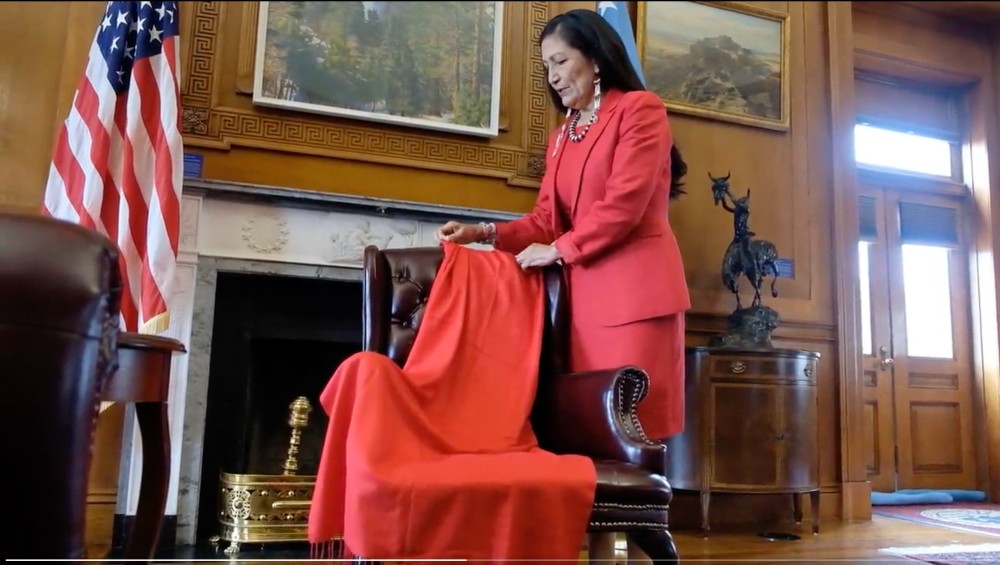 OPINION  Hanna Harris, a tribal citizen of the Northern Cheyenne Tribe, would have turned 30 on Thursday, May 5, 2022, had she lived. Instead, thousands of Native Americans and supporters observed Missing and Murdered Indigenous Persons Awareness Day across America. May 5, Harris’ birthday, was set as a day of observance to those who go missing and murdered in Indian Country.

Harris was only 21 on July 4, 2013, when she left the Northern Cheyenne Indian Reservation to go into nearby Lame Deer, Montana, to watch the Independence Day fireworks. She never returned home. When her immediate family reported her missing, local law enforcement downplayed her disappearance. Four days later a volunteer search team found her badly decomposed body in the summer heat of the Great Plains. It was so decomposed, forensic technicians could not ascertain if she had been sexually assaulted or the cause of death.

Testimony from those responsible for her death confirmed Harris was raped and bludgeoned to death.

Harris is honored by thousands of Native Americans on her birthday each year, with high probability many not knowing why May 5th is the missing and murdered Indigenous people awareness day. Still, Harris and countless other missing and murdered Indigenous persons are honored by Native Americans across the United States by wearing red, attending rallies, marathons and other community events. A common thread present in all the stories was violence perpetrated against Indigenous people.

On Wednesday, President Joe Biden, for the second year in a row, signed a proclamation recognizing Missing or Murdered Indigenous Awareness Day, 2022.

"My administration understands that Native people, particularly survivors of violence, know best what their communities need to feel safe. That is why we must work hand in hand with Tribal partners through each phase of the justice system to create solutions that are victim-centered, trauma-informed and culturally appropriate," President Biden said in the proclamation.

In Washington, on Missing and Murdered Indigenous Persons Awareness Day, wearing a red business suit, Interior Secretary Deb Haaland (Laguna Pueblo) draped a red cloth over a chair at the U.S. Department of the Interior, to signify the representation of a lost Indigenous person.

She did so before she began her announcement with Deputy U.S. Attorney General Lisa Monaco of the establishment of the long-awaited Not Invisible Act Joint Commission on Reducing Violent Crime Against Indians.

“People who have had an empty chair at their kitchen tables, loved ones who tirelessly searched for their relatives, service providers who hear the heartbreaking stories of family members of the missing, I want you to know that I see you and I stand with you,” Haaland said.

The Commission will focus on addressing violent crime within Indian lands and against American Indians and Alaska Natives.

On the Navajo Nation on Thursday, President Jonathan Nez and Vice President Myron Lizer signed a similar proclamation for the country’s largest reservation.

"Today, we extend our appreciation to our partners and volunteers who work hard to shine light on Missing and Murdered Indigenous Relatives throughout Indian Country, including the Navajo Nation. Many families know the personal heartbreak and trauma of missing loved ones and we think of them and pray for them today. We can set a new tone of hope and healing for families and communities through awareness and support," President Nez said.

During the Navajo Nation observance, First Lady Nez joined President Nez in presenting a new Navajo Nation Missing Persons poster to increase awareness of efforts to bring loved ones home. The poster has photos of almost 60 individuals who have been missing since the 1970s. The poster shows 15 females and 44 males. The poster will be updated as needed, distributed to local communities and posted within the seven Navajo Nation police districts.

In March, I was on a panel at a university in Michigan. During the Q&A session, the dean of the university said she had only heard about the missing and murdered Indigenous women issue once before in a story in the New York Times.

Unfortunately, she is not alone. The mainstream media seldom covers this important issue.

I thought of the university dean and other non-Native people as I covered the missing and murdered Indigenous rally in downtown Grand Rapids on Thursday. There I was among my own family, friends and community members who were there to pay honor to those lost. During a prayer—with a crowd of hundreds silent—I could hear one speaker and the hum of the traffic from a nearby freeway as travelers went about their daily routines oblivious to an issue that is ever present and traumatic in tribal communities.

We were there to remember Hanna Harris and thousands with similar stories of Indigenous people gone missing and murdered. We need to stop the violence against our Native sisters and brothers.