Remembering Lori Piestewa This Memorial Day: “All Give Some, Some Gave All”

Memorial Day weekend is the unofficial kickoff of summer. Families and friends will get together for backyard cookouts and other celebrations this Memorial Day. 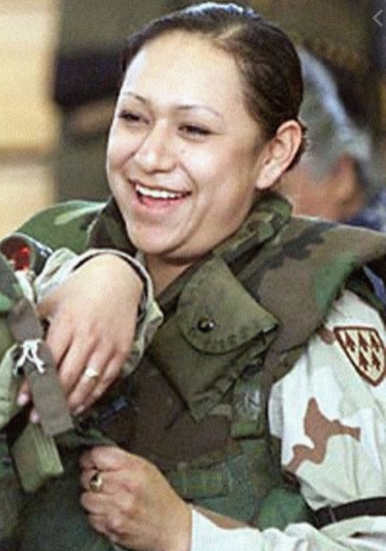 Memorial Day is much more than a time of celebration. Memorial Day is a federal holiday when we remember those fallen warriors who lost their lives for the country.

This Memorial Day I remember Spc. Lori Piestewa, a Hopi tribal citizen, who was the first female American soldier to die in the invasion of Iraq. She is also remembered as the first American Indian woman to die for the United States.

Deployed from Fort Bliss in Texas, she had only been in Iraq for five weeks. Spc. Lori was only 23 years old when she gave her life in 2003. She left behind two young children.

For several years, Terry Piestewa, Lori’s father and a Vietnam veteran, wore a cap that read: “All give some, some gave all.”

So, on this Memorial Day, please take time to remember and honor those fallen warriors who gave all. It is part of the healing process.