President Biden, We Plead for Our Brother the Wolf

Guest Opinion. There’s a lot to celebrate this Indigenous People’s Day. After centuries of concerted efforts, we’re seeing promising signs that the federal government will work on a government-to-government basis with Native Nations and respect our Nations’ sovereignty. Though the federal government has often failed in its treaty and trust responsibilities to engage in meaningful consultation with Indian Country, President Biden has signaled that he will give our Nations a seat at the table. Not only did he appoint Deb Haaland as Interior Secretary, making her the first Native American cabinet member, but President Biden also reauthorized Executive Order 13175, mandating that federal agencies engage in meaningful consultation with Native Nations. In doing so, he has promised to include us in decision-making, and support our self-governance to control our lands, preserve our culture, and educate our youth. 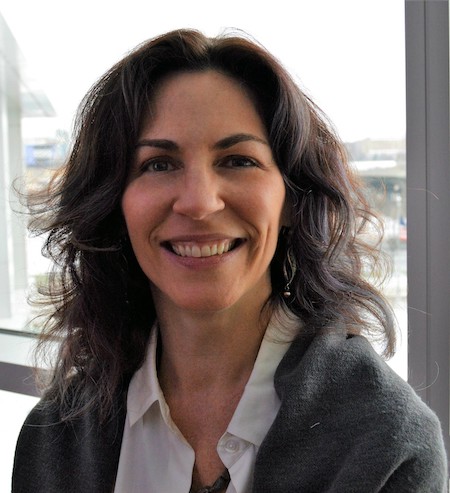 Now is the time for the Biden administration to make good on these promises by authorizing an emergency Wolf relisting.

Hundreds of sovereign Native Nations have called on the Biden administration to restore Wolf protections immediately. Failure to do so silences our collective voices in determining Wolf stewardship practices upon our lands.

Inaction is disingenuous to our needs, interests, and spirituality as Native Nations. The mutual kinship relationship between Native people and the Wolf can be traced back to the very beginning of many Creation stories, and the Wolf is an integral part of connection within traditional and cultural practices. A Sacred Relative, the Wolf is an integral part of our lifeways and traditions and we deserve a say in its preservation and management. Native Nations should be free to develop and implement culturally sensitive Wolf management programs.  Meaningful consultation would make this possible.

But President Trump removed the Wolf from the Endangered Species List without consulting Native Nations. This action put Wolves’ tenuous recovery at risk, and further eroded Tribal sovereignty. Refusing to engage in meaningful consultation, the Trump administration rejected our right to steward our lands and preserve our culture as sovereign Native Nations. He also violated countless treaties and laws mandating Tribal consultation in delisting.

Now, Wolves are being slaughtered every day. In Idaho, hunters can kill up to 90 percent of the state’s Wolves; in Montana, that number is 85 percent; in Wisconsin – just this fall – hunts have authorized the slaughter of up to 130 Wolves, and will likely kill more. Last winter, Wisconsin hunters exceeded the state quota by nearly 100 Wolves in less than three days.

To date, hundreds of Tribes have called directly on the Biden administration to take action. On September 14, a coalition representing more than 200 Tribes issued a letter to Secretary Haaland stating that “to avoid rendering President Biden’s commitment and promise to Indian Country meaningless, and to put a hold on the continued slaughter of the gray wolf, we demand that you immediately grant the emergency relisting petition to give the federal government the chance to follow precedent and engage in meaningful consultation with Native Nations.”

The Assembly of First Nations (AFN) and Union of British Columbia Indian Chiefs, which collectively represent all 634 First Nations in Canada, have also endorsed the Global Indigenous Council’s Wolf Treaty and amplified the call for relisting. The All Pueblo Council of Governors has separately called on Haaland – a member of the Laguna Pueblo – to authorize an emergency relisting.

Indian Country is clear: The Wolf hunts must stop, and meaningful Tribal consultation must occur.

Unfortunately, so far, our requests have been ignored by the Biden Administration. In response to the September 14 letter, Biden’s Department of Fish and Wildlife issued a status review for Wolves, which will take a year to complete and during which Wolves will continue to be slaughtered, making meaningful consultation impossible. A status review is simply not good enough. The administration’s failure to halt these hunts of our Sacred Relative in order to engage in meaningful consultation is a serious breach of the trust responsibility.

Failure to authorize an emergency Wolf relisting signals to Indian Country that President Biden’s promises to honor Tribal consultation, respect Tribal sovereignty, and protect Indigenous cultures are hollow.  The amazing forward momentum to reverse climate change, protect Indian Country sovereignty and self-determination, and think carefully about how our choices today will affect so many generations to come; it seems like such an easy act to grant the emergency wolf relisting and pause this destruction. We do not just plead for ourselves – we plead for all of our relations, including our Brother the Wolf.

Shannon O’Loughlin is a citizen of the Choctaw Nation of Oklahoma and the CEO and Attorney for the Association on American Indian Affairs, the oldest non-profit serving Indian Country since 1922.