On Genocide and the Doctrine of Discovery 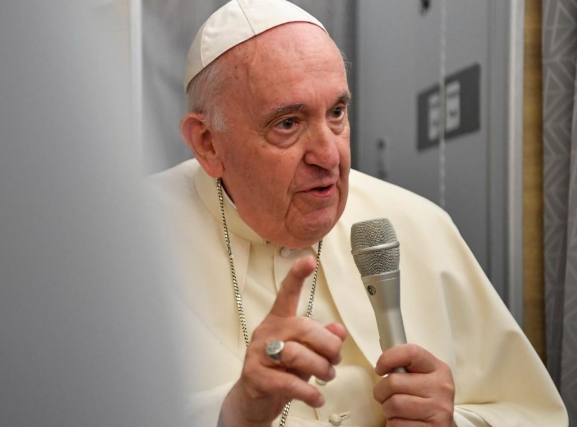 Opinion. Genocide is a word that was introduced to the world in the midst of World War II by Raphael Lemkin, an attorney born in Poland who survived the Holocaust and made his way to the United States in 1941.

A few months after Lemkin arrived in the U.S., he listened to British Prime Minister Winston Churchill give a radio address recounting the horrific deeds committed by Germans troops against innocent lives across Europe.

A couple of years later, Lemkin gave the crime a name in his book Axis Rule in Occupied Europe: Laws of Occupation, Analysis of Government, Proposals for Redress.

The book, which elaborated on concepts that Lemkin first spoke about in the early 1930s, includes a chapter called “Genocide—A New Term and New Conception for Destruction of Nations.”

A few short years later the United Nations embraced the word and held the 1948 Convention on the Prevention and Punishment of the Crime of Genocide that highlighted a resolution passed by the international organization in December 1946 that stated “genocide is a crime under international law, contrary to the spirit and aims of the United Naitons and condemned by the civilized world.”

Through the ensuing decades, the word genocide has been applied to the atrocities committed against the Indigenous peoples of the Americas, in countries like Rwanda and even this year, when President Joe Biden said “Russia’s actions in Ukraine are tantamount to genocide.”

In the Americas, it has been estimated that tens of millions of Indigenous peoples have died since the arrival of Europeans as the result of brutal violence and diseases that began centuries before Lemkin coined the genocide for crimes without a name.

It is hard to ascertain when the word genocide was first applied to the atrocities committed against the Indigenous peoples of the Americas, but most contemporary Native Americans understand the word’s application when used to described what was perpetrated against our ancestors.

The word genocide made headlines recently when Pope Francis used the term during a conversation with journalists on his flight back to the Vatican after his “penitential pilgrimage” across Canada where he met  with First Nation leaders and people. The Pope used the word “genocide” to describe the residential school system that abused and aimed to assimilate Indigenous peoples in Canada.

The use of the word genocide by Pope Francis is significant because he is a leader of the instiution that allowed for genocide to take place Canada in the first place. Arguably, the genocide in the Americas was put into motion by the Papal Bull issued by the Pope Alexander VI in 1493. Initially, it enabled the Spanish conquest of the New World begun by Columbus in 1492.

The wording of the Papal Bull allowed any land not inhabited by Christians to be “discovered” and claimed by Christian rulers and declared "the Catholic faith and the Christian religion be exalted and be everywhere increased and spread, that the health of souls be cared for and that barbarous nations be overthrown and brought to the faith itself." The Bull became known as the Doctrine of Discovery.

It has been said that Europeans came to this country with a bible in one hand and a gun in the other. If they could not “save” Native Americans, they would kill them. The premise of discovering and claiming the land was done with greed. The Doctrine of Discovery allowed for it.

As the result, millions of Native Americans were murdered. When killing all Native Americans did not appear to be achievable, the federal government implemented the Indian boarding schools policy that sought to assimilate our ancestors by killing the Indian and saving the man. Cultural genocide was attempted by destruction of our languages and customs.

When the Pope was in Canada, he made three apologies, but never denounced the Doctrine of Discovery. He said healing comes from steps and his apologies were first steps. Perhaps, his acknowledgement of the genocide committed on Indigenous children while at residential schools was another step.

The Pope’s next big step should be denouncing the Doctrine of Discovery on this long road to healing.