The Unites States is a deeply divided nation, struggling to reconcile the legacies of its history. If that was ever in doubt, surely these last few months have exposed that stark truth, and this week’s election results made clear how far these rifts are from closing. 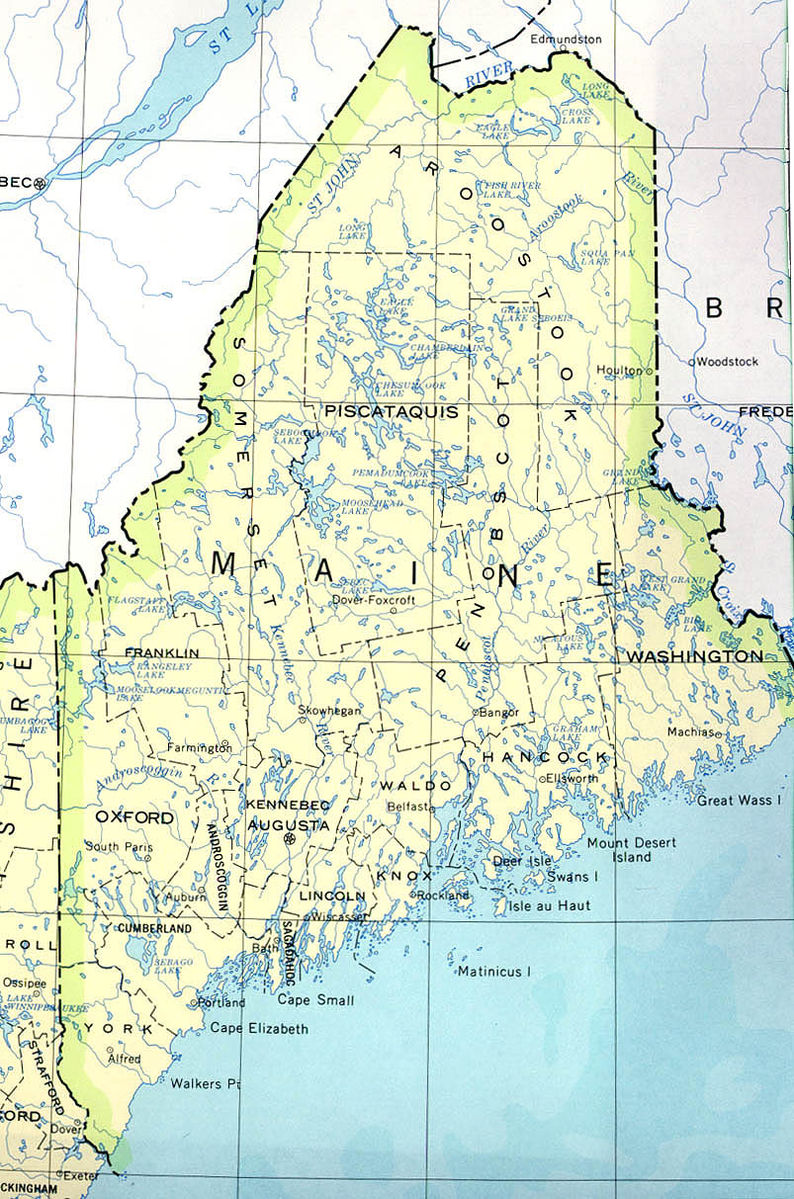 Individually and collectively, we are left to ponder a way forward that could change this depressing reality. Can we find a path that heals wounds? Can we find a way toward a common future, rather than seeing every issue as a competition over scarce resources? Are we doomed to a nation in which our success requires others to fail?

For real change, we may have to reconcile with those from whom we have grown separate and develop a shared understanding of our different life experiences. That’s the lesson we can learn from the state of Maine’s approach to meeting the child welfare needs of its Native American community.

Maine’s child welfare system was found to have entirely ignored the mandates of the Federal Indian Child Welfare Act, which was put in place to protect the interests of the Maliseet, Mi’kmaq, Passamaquoddy, and Penobscot tribes in their jurisdiction. Faced with the loss of critical federal funding, state child welfare officials moved quickly to create plans for making needed changes. As described in Next City by Valerie Vande Panne:

A group of social workers from the state’s Department of Health and Human Services (DHHS) reached out to the Muskie School of Public Service at the University of Southern Maine for help with fixing the problem. The idea became to go around the state and train social workers in Maine about ICWA requirements. But the state social workers were totally ignorant of tribes, history, and the way state policies had harmed the tribes, and they were suddenly trying to work with the very people that had been abused by their system.

And then… they stopped. They recognized that in order to move forward, more than good intentions were necessary. If the biases and divisions at the root of the problems were not addressed, even the best plans would fail.

Denise Altvater (Passamaquoddy), a leader in Maine-Wabanaki REACH (Restoration, Engagement, Advocacy, Change, Healing) who had been hired to help state social workers better understand the culture of the Native communities they served, noted, “One day, we decided we were stuck.” When racial tensions wouldn’t ease, a decision had to be made: “Do we keep doing what we’re doing, and call it the best we can do, or do we take the giant leap and go deeper?”

They went much deeper, forming what would be known as the Maine Wabanaki-Child Welfare Truth and Reconciliation Commission (TRC) to explore that which separated Native and white communities before they returned to building a new and improved system together.

For Maria Girouard (Penobscot), the executive director of Maine-Wabanaki REACH, the barrier to moving forward was not the lack of a plan, but the lack of a trusting relationship. “How the TRC did the work and fulfilled its purpose was just as important as the product it produced,” says Girouard. “More important was the truth-telling. There was a good deal of pushback all around to the idea.”

Social work educator Gail Werrbach, one of the five commissioners, recognized the need to address the historic realities that we all have inherited.

The white people are dying to reconcile. “Let’s reconcile and [now] everyone loves each other.” It’s such important work, and it’s hard work. I think the biggest challenge is that white people, we want to go faster, fix faster, feel better faster. That’s just not how historical trauma works. So, any cities or communities looking at similar kinds of commissions need to take a long-view time frame in anything they set up, and not get trapped in thinking people will be reconciled and move on. It’s been 500 years.

Penthea Burns, now a board member of Maine-Wabanaki REACH, describes the key learning that must guide efforts to address deep, systemic change. “We should always be talking about repair and reparations through the lens of understanding the harm that has been done,” says Burns. “As a white woman, how do I get my association to hear, and repair from a different level of commitment? How do we be different together? Our state officials had a lot of reticence around reparations from a bottom-line perspective, holding that as just writing a check. Reparations is so much deeper and more engaging than that.”

From this process emerged a new approach for the state to provide needed child welfare services to its Native American residents. This would be a shared construct, supported from a foundation of common understanding and shared responsibility.

TRC Commissioner Sandy White Hawk says truth and healing will happen only when the people are ready. Only then it will be possible to make deep and systemic change together. “You cannot heal during trauma. You can’t get over something that is still happening to you. It’s impossible. You don’t say to someone suffering from cancer, ‘get over it.’”

The truth and reconciliation effort in Maine demonstrates how critical it is to build shared understanding of the different experiences each individual and community brings to the process. If we have the patience to take the time this will take, we can make a difference. If we have the strength to feel the pain, to recognize the hurt of others and our responsibility for it, we have a chance to move beyond it. In this moment of great division, we will need to be strong and brave if we hope to make the future better.

This article was originally published by NPQ online, on Nov. 5, 2020. Used with permission.

Martin Levine is a Principal at Levine Partners LLP, a consulting group focusing on organizational change and improvement, realigning service systems to allow them to be more responsive and effective. Before that, he served as the CEO of JCC Chicago, where he was responsible for the development of new facilities in response to the changing demography of the Metropolitan Jewish Community.In addition to his JCC responsibilities, Mr. Levine served as a consultant on organizational change and improvement to school districts and community organizations. Mr. Levine has published several articles on change and has presented at numerous conferences on this subject.A native of New York City, Mr. Levine is a graduate of City College of New York (BS in Biology) and Columbia University (MSW). He has trained with the Future Search and the Deming Institute.