Looking Down Under for Reconciliation with Native Americans 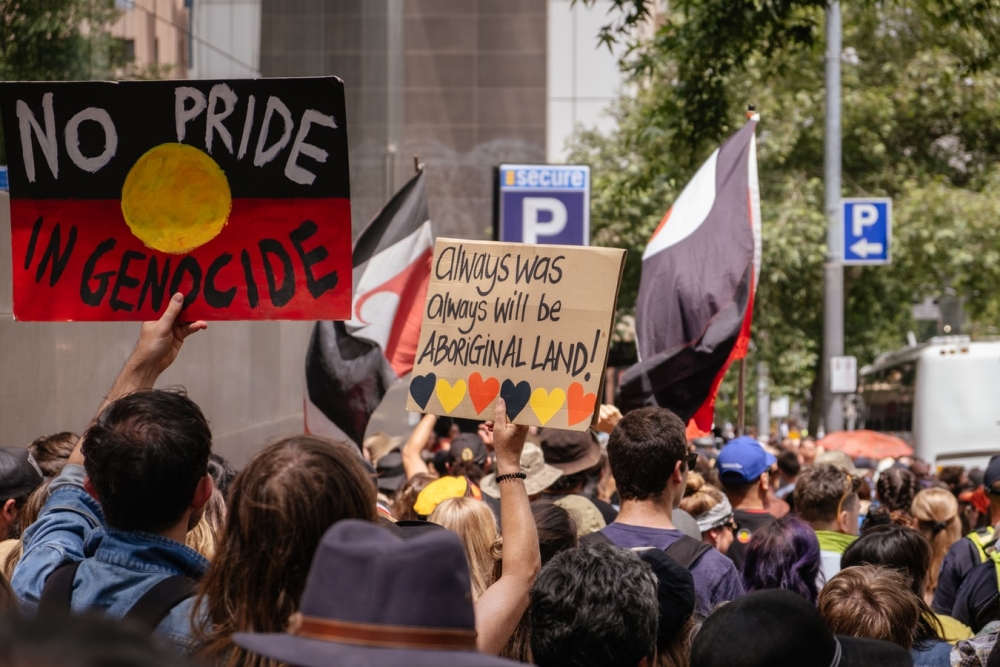 According to the Centers for Disease Control, Native Americans are 3.5 times more likely to be impacted by Covid-19 than whites. This tremendous disparity is the direct result of generations of government policies that deliberately discriminated, displaced, and damaged the Native American community. Now is the time for a long-overdue reconciliation effort between the federal government and Native Americans.

Fortunately, Australia’s experience provides some guidance. In 2008, Australian Prime Minister Kevin Rudd issued a formal apology to Indigenous Australians on behalf of the successive parliaments and governments whose policies and laws “inflicted profound grief, suffering and loss on these our fellow Australians.” In order to start a more meaningful U.S. reconciliation process, Congress should pass, and the President should sign, an unreserved public apology to Native Americans that goes beyond existing expressions.

The Australian government formed the National Indigenous Australians Agency (NIAA) to lead, coordinate and execute relevant government reconciliation policies across federal, state, territorial, and Indigenous governments and other stakeholders, a mandate broader than that of the U.S. Bureau of Indian Affairs. In an effort to centralize and better coordinate federal government efforts, we should permanently re-establish the White House Council on Native American Affairs that was terminated by President Trump. The Council could be transformed into it into a body closer in scope to the NIAA and charged with developing, coordinating, and leading an aggressive and comprehensive plan to help Native Americans achieve equity in crucial areas.

In 1992’s Mabo decision, the High Court of Australia held that certain Indigenous Australians had proprietary rights to land referred to as “native title,” and its central point of Mabo should resonate: Native Americans should have a greater voice in how their lands are used. The Trump administration has made it more difficult for Native Americans to reclaim their land rights. Further, the administration has waged an assault on Native lands by advancing the Dakota Access Pipeline, allowing drilling offshore of the Arctic National Wildlife Refuge, and reducing the size of Bears Ears Monument by 85 percent. These actions adversely impact water and air quality, and harm sacred cultural sites. Tribal governments should take priority in protecting those resources, and the federal government should prioritize restoration of tribal lands and protection of the natural and cultural resources within them.

There is a heartbreaking crisis of missing and murdered Native American women, just as there is in Australia for Aboriginal women. The federal government must urgently, and in full collaboration with tribal governments, tackle this crisis. Operation Lady Justice, the administration’s limited plan on this issue, must be expanded to include Native American activists, must work with tribal governments, and focus on Native American women in urban areas and those on reservations. Congress must reauthorize the Violence Against Women Act, authored by Joe Biden, and expand tribal jurisdiction to include sexual violence, sex trafficking, and stalking. In tackling this crisis, the federal government must provide sufficient financial support, support tribes in building their own programs, grow coordination among law enforcement agencies, and expand access to culturally sensitive resources for victims and survivors.

The U.S. government has targeted Native Americans with voter suppression laws to discourage political participation. Strict voter ID laws in several states require voters to provide federal documentation with current addresses even though reservations often do not have residential addresses. To combat this, the Voting Rights Act should be restored and expanded, and the Justice Department should be tasked with challenging every law designed to suppress the Native American vote. Further, Native American voters must have access to sufficient voter registration sites and polling locations and be allowed to use their tribal ID card to vote if their state requires a voter ID.

Joe Biden’s record on Native American issues offers hope that the United States can begin a genuine reconciliation with Native Americans. The Australian example shows that such an effort will not be short, easy or without controversy. The United States rightly fights to protect human dignity around the world and should devote the same effort and focus to Indian Country.

Michael E. Burke is the administrative partner for the Washington, D.C. office of an Am Law 200 law firm, was Chair of the ABA International Law Section in 2011-2012, and currently serves in the ABA House of Delegates. The opinions expressed herein are solely those of the author and should not be attributed to the ABA, his firm or clients.