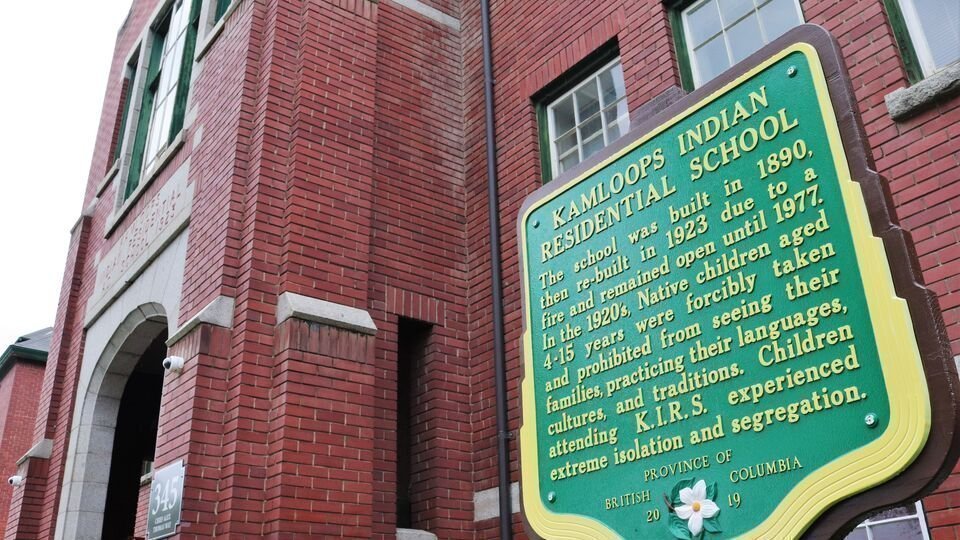 Opinion. A year ago, as we headed into Memorial Day weekend, news broke from British Columbia of the discovery of 215 remains of innocent school children at the Kamloops Industrial Residential School.

For those of us in Indian Country, the disclosure was a reminder of what most of us already knew for decades about Indian boarding schools, as they were known in the United States.

We knew that the children who attended Indian boarding schools were part of a federal policy that sought to assimilate Native American children under the mantra “Kill the Indian, save the man.”

Even though we knew of these gross atrocities committed against our ancestors and boarding school survivors, most non-Natives had very little or no knowledge of this federal policy up until late last May.

Kamloops woke up the world to the atrocities committed against Native children.

Within three weeks of the Kamloops’ announcement, U.S. Department of the Interior Secretary Deb Haaland established the Federal Indian Boarding School Initiative to investigate and shed light on this dark era of cultural genocide.

Kamloops caught the attention of the national and international media. On an ongoing basis, there is so much news to be covered that large media outlets tend to take a “shiny object” approach to news. They cover stories for a short duration of time, then move on to the next new thing. The story of the children’s deaths at Kamloops became a shiny object for much of the mainstream media.

Our editorial team at Native News Online decided that as a leading national Native American publication, we would continue to cover Indian boarding schools when the subject was no longer the shiny object to the non-Native media.

We knew we had to cover various aspects of Indian boarding schools from the Native perspective. We decided we would write the articles that needed to be told about boarding schools. The scenario played out over the past year, culminating with the release of the Federal Indian Boarding School Initiative Investigative Report on May 11, 2022.

Since the Kamloops’ story broke, Native News Online has published nearly 100 articles about Indian boarding schools. In addition, we hosted several live streams to examine the topic in depth.

In a year of coverage, two stories stick out in my mind. The first article is Surviving Kuper Island Residential School: ‘I Hear Little Children Screaming in My Head’, written by Andrew Kennard, an Drake University intern. The article is about Eddie Charlie who provided vivid recollections of his time attending the Kuper Island Residential school that was located near Chemainus, British Columbia.

Charlie told of the physical beatings and even starvation. He recounted how children disappeared. Years later, he would learn over 200 children were buried at the Kuper Island Residential School. Charlie’s experiences at Kuper Island led him to attempt suicide. His recollections led our editorial staff to issue a warning to our readers due to its content.

The second article, entitled The Remains of 10 Children at the Carlisle Indian Boarding School are Returning Home, written by our senior reporter Jenna Kunze, tells the story of the repatriation of 10 children who died at the well-known boarding school located in Pennsylvania.

The story describes the long rigorous process involved having the bodies of the students exhumed and returned to their tribal communities.

As we commemorate the first year since Kamloops’ announcement, Kunze, who has been reporting from the Rosebud Indian Reservation this past week,  recounts how covering the Indian boarding schools has impacted her.

“Listening to the stories of survivors, reading federal documents, and visiting Carlisle Industrial School in Pennsylvania and the former St. Francis Mission in South Dakota has changed the core of my entire understanding of reporting on Indian Country: that Indian Boarding School impacted its survivors on a genetic level, and they passed that trauma down to their children. But along with trauma, survivors also passed down resilience,” Kunze told me.

Kamloops certainly woke up the world to the subject of Indian boarding schools. The announcement provided a new spotlight on what many of us already knew, but often didn’t talk about. Now, the conversation has started and is growing louder and more insistent. More and more Native people are talking about the intergenerational impact of boarding schools on their families and their communities.  And, for the first time, many non-Natives are learning about this dark period in our nation’s history.

After a year of closely covering Indian boarding schools, we are not stopping. Native News Online remains committed to providing coverage of this important issue in a way that informs, inspires and uplifts.  We hope you'll join us.