Indian Country Will Not Give Kamala Harris a Free Pass 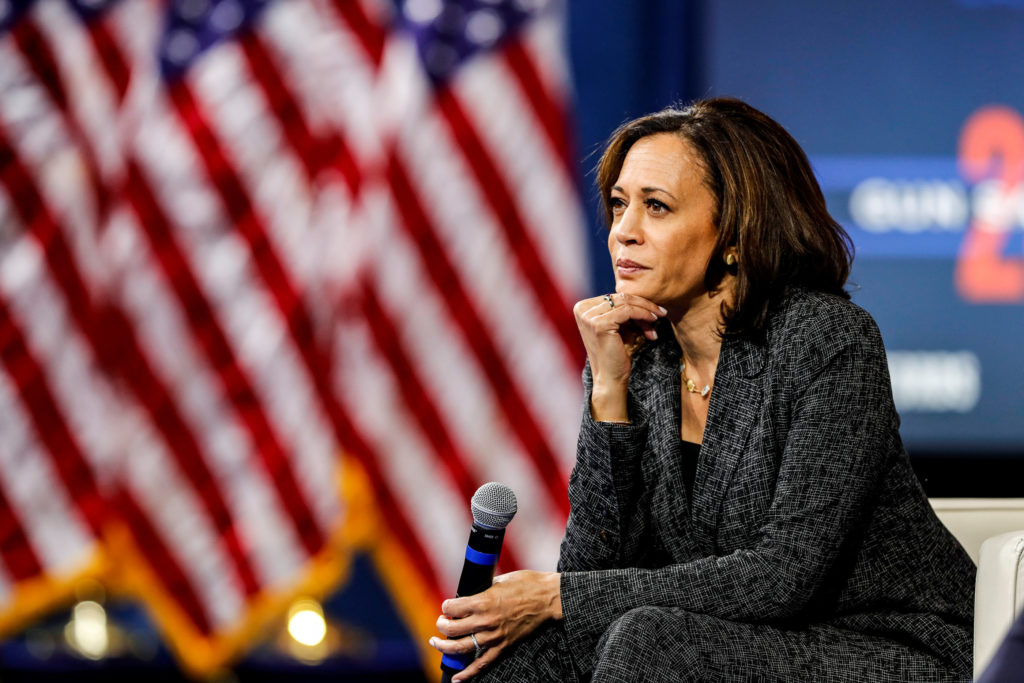 OPINION. There was real celebration after Sen. Kamala Harris (D-Calif.) was chosen by former vice president and presumptive Democratic presidential nominee Joe Biden to be his running mate.

In American politics, because of the sheer lack of women being selected for the nation’s second most powerful position, the selection was historic. Harris became only the third woman to run for vice president on a major political party’s ticket.

In the case of Kamala Harris, her selection is historic because she became only the fourth woman to be chosen to run for national office on a major political party ticket. She is the first Black woman and the first person of Indian descent to be nominated by a major party. Her father is from Jamaica and her mother is from India.

Once her selection was announced, it did not take long for the Trump campaign to attempt to degrade her candidacy. President Trump used a coronavirus press conference to call Harris “mean” and “nasty.” His campaign quickly attempted to label her as some far-left liberal.

Even in Indian Country, there was opposition to Harris because of decisions she made while she served as attorney general of California, prior to being elected to the U.S. Senate. As attorney general, Harris stood in opposition in more than a dozen tribal land-into-trust applications. Because of her opposition, she did not endear herself to some California tribal officials.

In fairness to Harris, as attorney general, she handled the legal work of then-Gov. Jerry Brown, who opposed the tribal land-into-trust applications. She says her legal obligation to fulfill the will of the governor took precedence over her own personal opinions on the land-into-trust issue.

Confronting the criticism from some tribal officials, Harris addressed the issue in a statement published in the Los Angeles Times in 2016 while she was a candidate for the U.S. Senate seat:

“California’s sovereign Indian nations make up an important part of the fabric of our state, and I’m proud of the work our California Department of Justice has done to lift up Native American communities. In the months and years ahead, I look forward to continuing that important work with tribal leaders and earning the support of tribal communities throughout California.”

Last August as a presidential candidate, Harris joined the Frank LaMere Native American Presidential Forum via livestream, where she presented a brief statement and answered some hard questions from tribal leaders.

The forum was organized by Four Directions, a Native voting rights group. OJ Seamans Sr., the organization’s executive director, told Native News Online he was happy with Sen. Harris’s appearance at the forum.

“I know that regardless of who the candidate is, you will hear different opinions — good and bad. What really struck me was her knowledge and actions she had taken on the enforcement of the Indian Child Welfare Act and I found it interesting that we facilitated the forums around our culture. That is why we had seven panelists and seven generations take part in the forum and she was able to talk about our future generations and protecting them using ICWA,” said Seamans, adding that Harris’s statement was well received.

In February, at the 25th Annual National Indian Women’s “Supporting Each Other” Honoring Lunch in Washington, Harris was presented a Lakota star quilt for her work on tribal law enforcement.

Nedra Darling, a retired public affairs director at the U.S. Department of the Interior – Indian Affairs, attended the luncheon. She says Harris gave an uplifting speech and was very gracious.

“Joe Biden has a good record working with Indian Country and I trust that he received those assurances in his selection for a running mate. With Kamala Harris, Biden’s team is much stronger to bring back sanity, respect and dignity to the Federal Government,” Darling said. “It is important for us to make sure elected leaders protect our Sovereignty and uphold the trust responsibilities they are charged with in the offices they will serve.”

Aaron Payment, Chairperson of the Sault Ste. Marie Tribe and First Vice President of the National Congress of American Indians (NCAI), stresses that NCAI is a nonpartisan organization and recalls talking to Harris at a presidential debate last summer in Detroit. He says Harris convinced him she believes treaties are the law of the land.

“However, I don’t think we should give her a free pass,” Payment said. “She has to convince us she supports the Indian agenda.”

Leading up to last week’s announcement, I spoke to several California tribal leaders because I have heard tribal concerns for years about Harris and her tenure as attorney general. The consensus: they would be happy to see Harris on the Democratic party’s ticket. They stressed, however, that it is important she understands tribal issues and concerns. Some said they felt she has evolved to support the tribal agenda.

Longevity has a way of forcing politicians to evolve, just as we evolve, with our worldviews and opinions.

While a vice president serves under the president, tribal leaders have every right and every reason to keep holding both top elected officials to their sovereignty and treaty obligations. And to keep reminding them of our rights as American Indians and Alaska Natives.

No one, not even the vice president, should get a free pass. Our tribal futures depend on it.