July is recognized as National Minority Mental Health Awareness Month. Due to recent news from Canada that over 1,400 graves have been discovered on four different Indian residential schools, there has been a lot of sadness and anger that has emerged among Native communities across Canada and the United States. 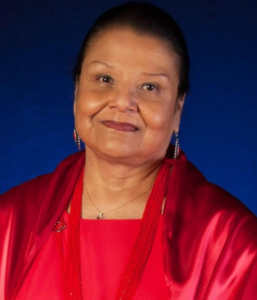 The purpose of the U.S. Indian Boarding School System, which began in 1879 was to civilize and assimilate Indian children. As stated by Richard H. Pratt, veteran of the Indian Wars, “kill the Indian and save the man.”

By 1925, 60,889 children were in some type of boarding school. The treatment of the children varied from school to school and generation to generation depending on the school’s administration, individual attitudes toward their role in the school, general public knowledge of each school, and situational interactions with the staff. By 1926, nearly 83 percent of Indian school-aged children were attending boarding schools operated by the Bureau of Indian Affairs (BIA) and 12 Christian denominations, which were paid per child, resulting in overcrowding in some institutions.

In reality, the children learned low skilled jobs to serve the ‘American Society’ as laborers and domestics. In addition, thousands of Indian children were forcibly removed from their homes, some in handcuffs, and taken to these institutions. A military model was enforced to indoctrinate the children by cutting of their hair, mandating uniforms, and enforcing rigid schedules.

Some children experienced neglect, infectious diseases, and verbal, physical, and sexual abuse. Also, they were pitted against each other by terms such as “good Indian” verses “bad Indian.” The most severe punishment was for speaking their tribal languages.

The children’s response to resist the maltreatment included attempts to run away, develop secret communications through body language, at times they would cause a distraction or accept blame for a younger child’s misbehavior. Many of the Indian children were traumatized by institutionalization in boarding schools and others never returned home due to loss of life. CNN reported on the return after 140 years this past week of the remains of nine Sioux children to the Rosebud Sioux Tribe.

The report from late May 2021 of the 215 Native children who died at the Kamloops Indian Residential School brought to the forefront the historical impact of the U.S. Indian boarding schools. Dr. Maria Yellow Horse Brave Heart (Hunkpapa/Oglala Lakota), professor and mental health expert, in 1998 defined this loss and grief as Historical Trauma “a cumulative psychological and emotional wounding across generations, including one’s own life span, and comes from massive group traumatic events and experiences.”

For some families, the resulting negative-based parenting skills learned from boarding schools created a continuation of negative disciplinary actions across generations causing critical, rejecting, and blaming behaviors. Consequently, there was a lack of closeness and sensitivity with and for their children.  This reverberation of historical trauma is defined by Brave Heart as “the echoing through generations by symptoms of survivor guilt, anger, depression, self-destructive behaviors and a number of other disorders.”

Boarding school had a tremendous effect on parenting. The statements below are examples of the impact historical trauma on parents who were former attendees of boarding schools regarding how they parented their children from a study I conducted in 2017.

Reverberation of intergenerational trauma is evident in the statements shared below by children of parents who attended boarding school:

Healing from traumas may occur if one is able to share their experience with someone who believes and supports them without judgement. Being able to express the traumatic experience(s) in a confidential setting allows the individual to realize they can tell their story and remain safe. Others experience healing by a return to traditional cultural ways, learning tribal language, teachings, and engaging in parenting sessions. Also, artistic endeavors allow for decision-making and for one’s energy to focus away from anger, pain, and loss to creating beauty, utility, and sharing expression of experience. Culture, seeking counseling, and art can increase life satisfaction for the health and well-being of survivors and subsequent generations.

Donate
Free Newsletter
About The Author
Author: Dr. Suzanne CrossEmail: This email address is being protected from spambots. You need JavaScript enabled to view it.