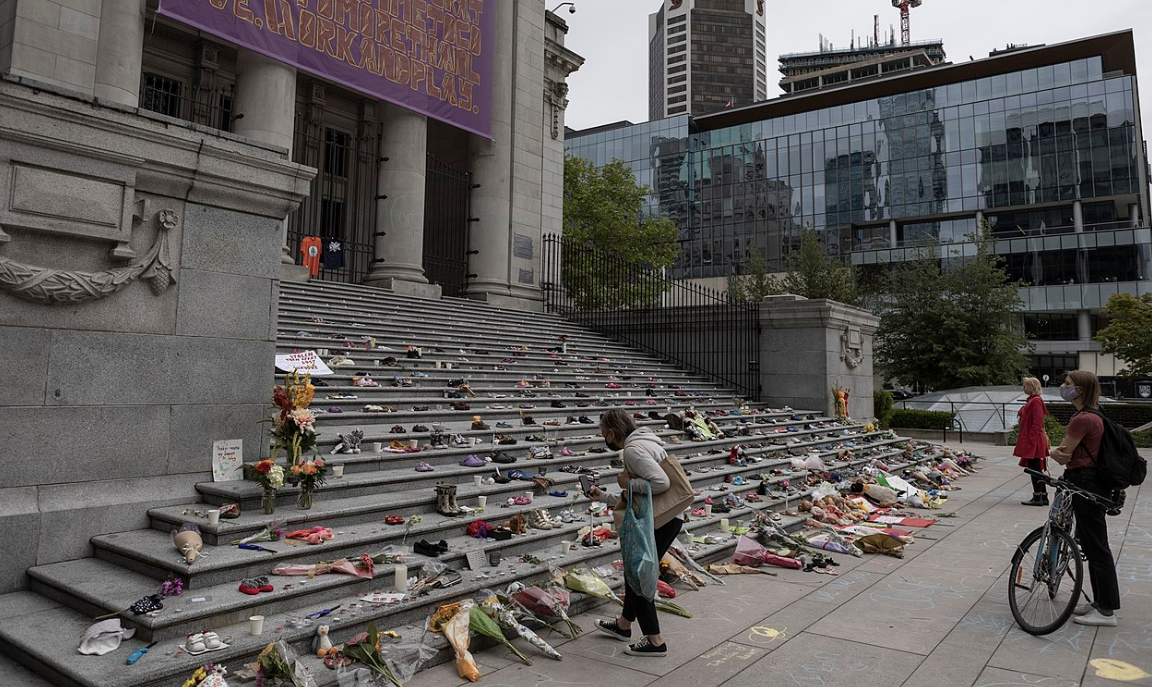 KAMLOOPS, B.C. — As people in the United States spent time this past weekend to remember those who gave their lives for their country while serving in the U.S. military, First Nations people and Native Americans across Indian Country paid tribute to the loss of 215 children,  whose remains were recently discovered at the site of a former residential school near the town of Kamloops, British Colombia.

A Tk'emlúps te Secwépemc Nation (Kamloops Indian Band) news release last Thursday revealed the horrifying news that the remains of 215 children, some as young as three-year-old, were uncovered at the Kamloops Indian Residential School.

“We had a knowing in our community that we were able to verify. At this time, we have more questions than answers,” Tk'emlúps te Secwépemc Chief Rosanne Casimer said in the news release.

The remains were discovered through ground-penetrating radar administered by a specialist hired by the First Nation. The Tk'emlúps te Secwépemc language and culture department oversaw the work so that the project was conducted in a culturally appropriate and respectful fashion.

"To our knowledge, these missing children are undocumented deaths," Casimir said in the statement. "Some were as young as three years old. We sought out a way to confirm that knowing out of deepest respect and love for those lost children and their families, understanding that Tk'emlúps te Secwépemc Nation is the final resting place of these children.”

On Sunday, Canadian Prime Minister Justin Trudeau ordered flags to be flown at half-mast at federal buildings across Canada.

“To honor the 215 children whose lives were taken at the former Kamloops residential school and all Indigenous children who never made it home, the survivors, and their families, I have asked that the Peace Tower and all federal buildings be flown at half-mast,” Trudeau tweeted.

The Tk'emlúps te Secwépemc Nation said it will work with the coroner and reach out to the home communities of the children who attended the residential school. It is hopeful that the Nation will have preliminary findings by mid-June.

Author: Levi RickertEmail: This email address is being protected from spambots. You need JavaScript enabled to view it.
Levi Rickert (Prairie Band Potawatomi Nation) is the founder, publisher and editor of Native News Online. Rickert was awarded Best Column 2021 Native Media Award for the print/online category by the Native American Journalists Association. He serves on the advisory board of the Multicultural Media Correspondents Association. He can be reached at [email protected]ine.net.