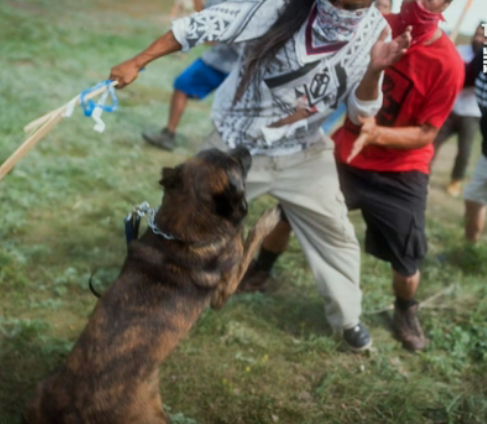 OPINION. In late June, I read an op-ed from the Grand Forks Herald that made me literally stop reading and double check the year it was written. The column read like something out of the Deep South during the 1950s, but since the column specifically mentioned the Indian Child Welfare Act (ICWA), which was enacted in 1978, I knew it was more recent.

Upon checking the publication date, I saw, in fact, the column––titled “Helping Native Americans is complex”––was published by the North Dakota newspaper last month on June 30.

The column was authored by Lloyd Omdahl, a Democrat, who served as lieutenant governor of the state of North Dakota from March 1987 to December 1992 and taught political science at the University of North Dakota.

The column was republished in several other North Dakota newspapers.

“To begin with, maybe Native Americans don’t want help with education, health care, jobs and other blessings being experienced by the white society,” Omdahl wrote in the first paragraph of his column. He continued: “They would rather live in a poverty they control rather than yield to white solutions by outsiders.”

Omdahl grew more and more paternalistic of his viewpoint about the sociological well-being of American Indians as the column went on.

“The reservation populations have a disproportionate share of lower income, less educated people who suffer from a horizon that is limited to the present… We shouldn’t forget that the white society has done little to convince Native Americans that they have any kind of future,” he wrote.

He takes the stance there should be a comprehensive analysis of our needs, and then planning should begin on a Marshall Plan to get Native people to embrace a “white” future.

Being the savior of Indians, Omdahl offers numerous recommendations that include giving states more authority into tribal affairs and inducing tribes to begin thinking about their futures by the creation of a Tomorrow Fund.

He even calls for the repeal of the ICWA because “it is a crude form of patronage. Besides, the welfare of children is more important than a tribal goal of saving tribal heritage. Norwegians and Germans have been doing pretty well at saving their heritage without endangering their children.”

They sent a joint letter, in which they wrote: “Decades of research has shown that all children do best when they can be with extended family or within their community, and that’s what ICWA is designed to accomplish. That’s why leading child welfare organizations have called ICWA ‘the gold standard of child welfare for all children and families.’”

Not done, Omdahl offers up more recommendations, such as audits for all tribal financial activities; transform the tribal councils into a more representative system; eliminate double dipping by council members for serving on multiple boards and commissions; make transparent the names and salaries of tribal and casino officials and employees with reports made available to all reservation residents.

Omdahl’s column suggests that all elected tribal officials and casino employees are corrupt and must be managed by the state of North Dakota. It suggests that all American Indians living on reservations are uneducated and lack a vision for the future.

To think that Omdahl, with his paternalistic and racist beliefs about American Indians, taught political science in a lecture hall full of students makes me wonder how many North Dakota officials were influenced by him.

During the Standing Rock resistance against the Dakota Access pipeline, I remember several Standing Rock water protectors say North Dakota was the South of the Plains.

The most frightening aspect of Omdahl’s column is that it makes me wonder how many other non-Natives share his beliefs.

The good news is the vast majority of tribal leaders I know defy Omdahl’s 1950s thinking. They are concerned about the future—the future of the next seven generations.