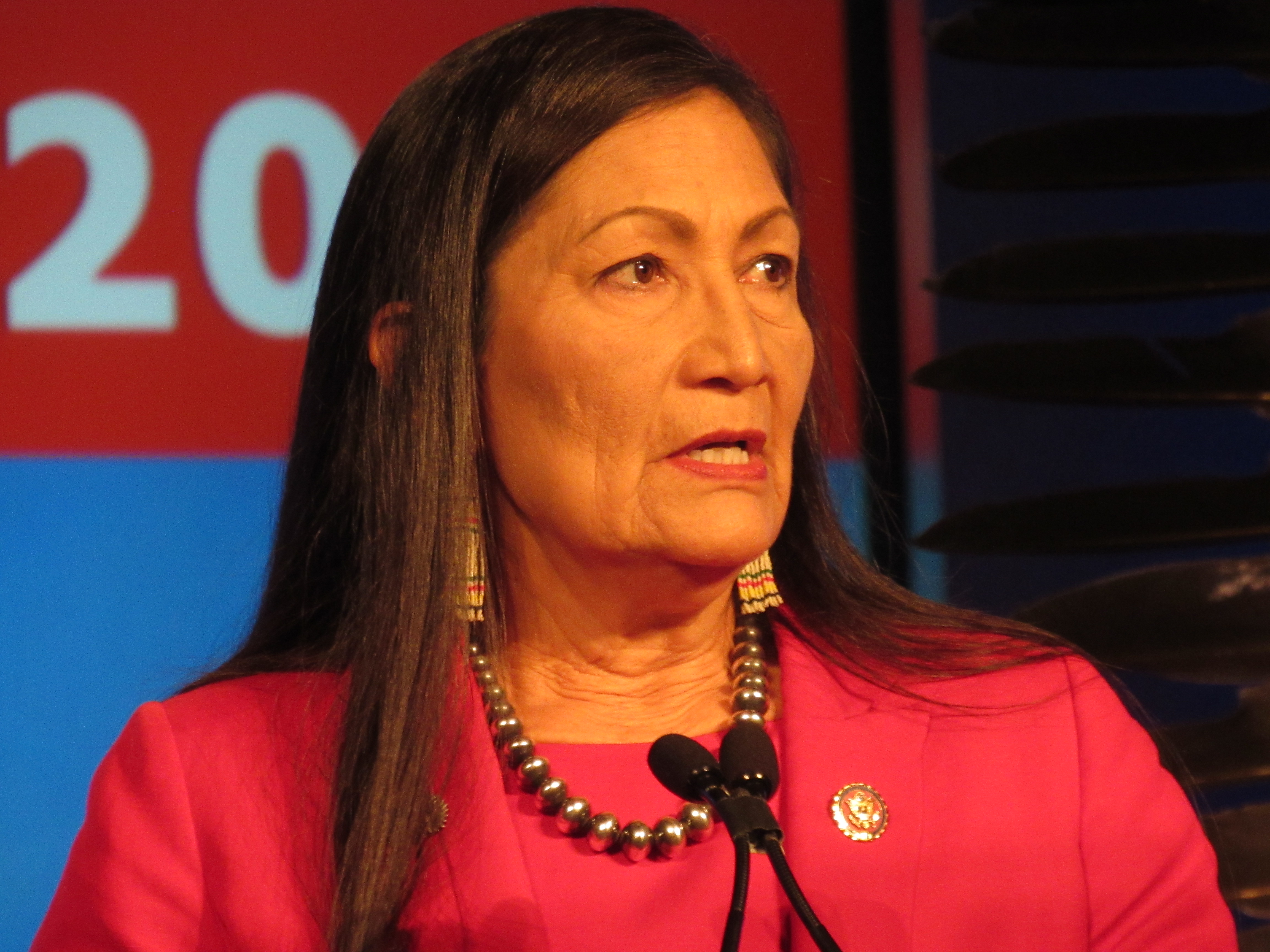 Opinion. It took until the 116th Congress for the glass ceiling to be broken to have an American Indian woman serve as a member of the House of Representatives.

Since entering, both women have made Indian Country proud because not only do they serve their respective congressional districts well, but also they represent American Indians and Alaska Natives well in Congress as strong advocates for concerns, issues and policies that are important to Indian Country.

Then came the election of Joe Biden as the next president of the United States. Since then Haaland’s name has been circulated in the national media to be the next secretary of the U.S. Department of the Interior.

Having Haaland’s name under consideration for a presidential cabinet position is consistent with the 12-page Biden-Harris Plan for Tribal Nations released during the campaign, which pledged “Biden will ensure tribes have a seat at the table at the highest levels of the federal government.”

What better way to ensure tribes have a seat than to have a well-informed Native American like Haaland filling a cabinet seat?

This past week it was disclosed that she is indeed being vetted by the Biden-Harris transition team.

If Haaland is nominated by President-elect Biden and then confirmed by the U.S. Senate, she would become the first ever American Indian to be a presidential cabinet member. Another glass ceiling shattered.

The Trump administration has strained relationships between Interior’s Indian Affairs and tribal leaders around the country.

Nineteen months into the Trump administration, Indian Affairs reversed an Obama-era decision to put land into trust for the Mashpee Wampanoag Tribe. The whole matter did not sit well with Indian Country leaders who viewed the reversal as a threat to tribal sovereignty.

After Congress appropriated CARES Act funding for tribal nations, almost 20 tribes ended up suing the federal government because the distribution of funds was delayed and, quite frankly, botched by the Treasury and Interior Departments. The whole fiasco provided one more example of how the federal government does not know how to properly fulfill its trust responsibilities to Indian Country.

The Interior Department also helps set the agenda for climate change, particularly on public lands, which the department oversees. The Trump administration has done a horrible job when it comes to climate change. In some cases, even denying climate change exists.

Haaland has stated she would welcome being named Interior secretary.

“It would be an honor to move the Biden-Harris climate agenda forward, help repair the government-to-government relationship with tribes that the Trump Administration has ruined, and serve as the first Native American cabinet secretary in our nation’s history,” she said in a statement.

Haaland has support of some 120 tribal leaders who sent a letter to the Biden-Harris transition team. Some 50 House of Representative colleagues signed a letter crafted by Representative Raúl Grijalva (D-AZ), the chair of the Natural Resources Committee, in support of Biden naming Haaland to head the Interior Dept.

So, yes, Haaland would be a great asset to the Interior Department, and to the Biden-Harris administration in general. It is time for a tribal citizen with capabilities that Haaland clearly possesses to sit in a cabinet seat.

If Haaland becomes Interior secretary, she would indeed shatter yet another glass ceiling.