Covid-19 Has Laid Bare the Inequities in Indian Country. It's Time to Invest in Infrastructure. 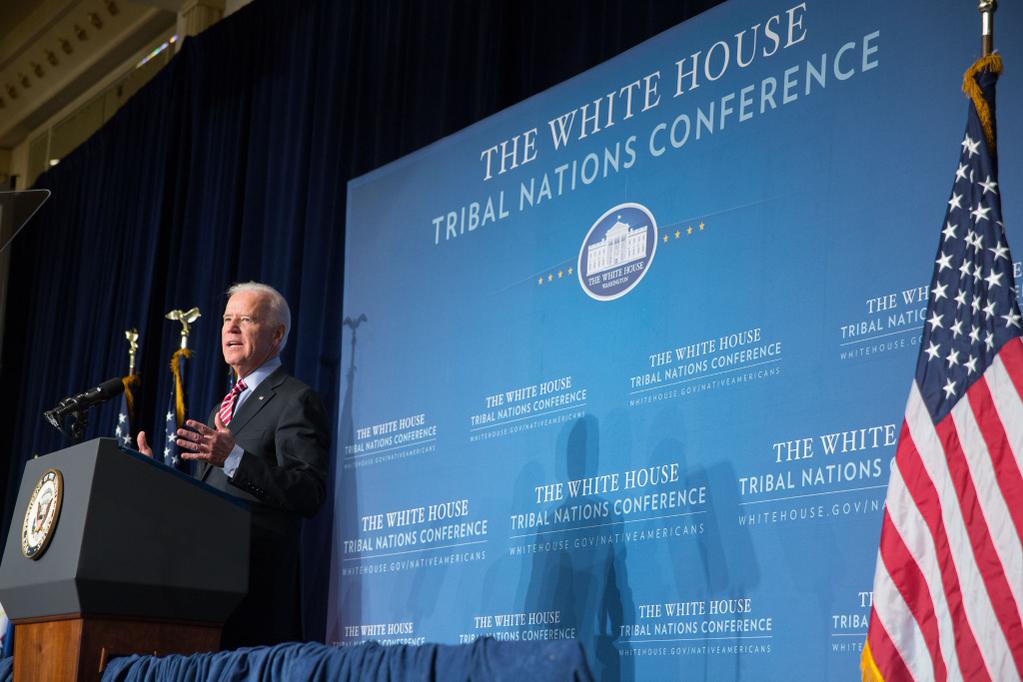 SAULT STE. MARIE, Mich. — In 2009, then Vice President Biden was charged with the duty to formulate the 2009 American Recovery and Reinvestment Act (ARRA) to save the auto industry and to stimulate the economy with shovel ready projects. So, it is especially gratifying for President Biden to pick up where we left off as a Nation to fix the aging American infrastructure with roads, bridges, water systems, schools, newer and greener energy platforms, public transit and high-speed rail, and much needed technology and broadband upgrades.

As Chairperson of the largest tribe east of the Mississippi, the Sault Ste. Marie Tribe of Chippewa Indians and 1st Vice President of the National Congress of American Indians I can confirm that Tribal infrastructure needs to mirror that of our surrounding jurisdictions. ARRA funds helped one of my Tribe’s five reservation sites connect to the city water-sewer system. This was a win-win-win as our tribal use expedites the debt pay down on the City system. I hope to see mutual gain projects in the implementation of the 2021 Biden Infrastructure Plan. Given a number of my Tribal Citizens live in affected areas of Flint, I support a large amount of infrastructure funds be committed to replace the old and dangerous water lines in Flint, the many cities in Michigan and across the country.

As we glimpse the beacon of light at the long tunnel the last 12 months represents, we wait in hopeful anticipation to return to community gatherings, powwows, barbeques, dining out and just making safe human contact. The pandemic has laid bare the deficiencies of our lack of technological connectivity and need for a national Investment here. Our new normal requires an improved ability to connect and communicate through the use technology. To sustain this new movement, we need to invest heavily in physical and virtual infrastructure. President Biden’s announcement for a $2 Trillion-dollar investment holds great promise for not only upgrading our virtual environment but sustaining it over several years for upgrades. Indian Country is no exception to connectivity needs on the reservation and vast acres that cross our treaty and indigenous territories. With mostly checker board and rural Indian reservations, a comprehensive broadband connectivity plan must include tribes as sovereigns and as partners.

In Michigan, Governor Gretchen Whitmer has made clear her commitment to “fix the damn roads." Michigan is the birth place of the auto-industry and while some in 2008 felt we should be allowed to fail, it is time to plan for our future in terms of an evolution to a more sustainable and respectful use of our Mother Earth and waters. The President’s infrastructure bill will dedicate billions of dollars for roads, bridges, and new infrastructure that embraces innovation to cleaner automobiles. With Secretary of Energy Jennifer Granholm, the Michigan's former governor, our state is well poised to lead the way once again in the auto-industry while transitioning to a multi- faceted energy supply chain like electric charging stations positioned at point to point distances. Seed funding for private industry to make the leap forward will be critical. Transitioning subsidies from big oil to clean energy will usher in a new era of energy independence. I am confident that tribes would be willing to lead the way to host charging station sites and stimulate value added tourism across our Great Lake state.

Tribes ceded over 500 million acres of land to make this country great and obligated the federal government to provide “health, education and social welfare” into perpetuity. The Sault Tribe and four others ceded 14 million acres in 1836 that qualified Michigan for statehood. The Biden-Harris Build Back Better plan for our future includes a commitment to equity. It is my hope that the enacted infrastructure relief will be bi-partisan and provide an equitable distribution to tribes in honor of the treaty and trust obligation. The proportionate share in the infrastructure bill for tribes based on our population should be at least $40 billion. As tribes are integrated into our larger communities and are usually the largest employers in our respective counties, this allocation is a win-win for our surrounding communities.