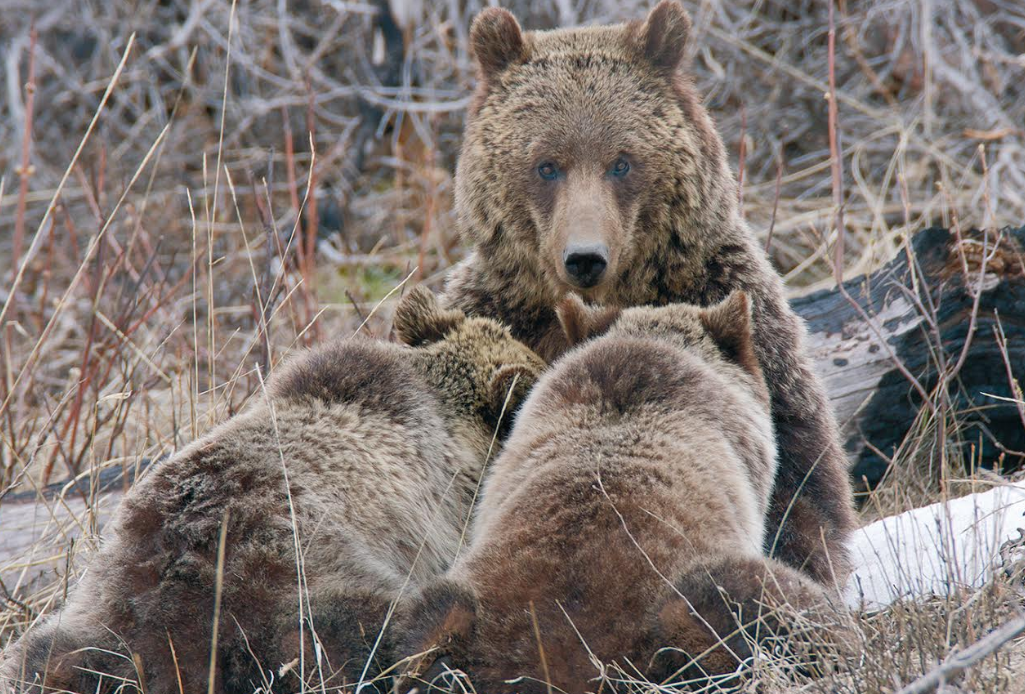 Guest Opinion. One might not think of northwest Montana as the heart of the hostile climate policy inherited from the Trump administration. Keystone-XL and Standing Rock are well-known in the climate struggle’s pantheon, thanks to Indigenous people forming the frontlines in those struggles. But an unseen world, similarly vital, exists to the west, in the shadows of an ancient inland rainforest in the Yaak Valley of northwest Montana’s Kootenai National Forest (KNF). Once again, the Indigenous community is stepping-up to defend that, which if lost, will impact us all.

Even as President Biden and the U.S. Department of Interior commit to re-evaluating major climate-busting projects and their effects on endangered species, the U.S. Department of Agriculture (USDA) is quietly proceeding with projects on public lands which contravene that directive. Of note is the proposed Black Ram timber sale in the KNF. The project has been shaped by a Trump directive to increase public lands logging volume by 40 percent and avoid Environmental Impact Statements (EIS).

At the heart of the dispute at Black Ram is an ancient forest of 300-year-old spruce and giant 600-year-old larch, the country’s only deciduous conifer. The forest, on the U.S.-Canada border, is a climatological marvel, with large sections showing no evidence of ever having burned: able, somehow, to repel cyclical waves of wildfire that have shaped the rest of the forest. Black Ram is part of 315,000 contiguous acres being managed without an EIS, despite there being as few as 20 endangered grizzly bears remaining in the valley.

It’s progress to see a directive to keep oil and gas in the ground on public lands, but how does that square with bulldozing the greatest single reservoir of CO2 absorption in the public’s portfolio?  As Bill McKibben noted astutely in a recent New Yorker article, logging ancient forests like Black Ram undercuts our climate authority abroad, and for what? Each year, the U.S. Forest Service (USFS) runs a $2 billion deficit. It must be remembered that logging on public lands accounts for less than 3 percent of our domestic timber supply.

Unsurprisingly, the decimation of this old growth forest atop the sacred headwaters of the Yaak River is advocated for by Senator Steve Daines (R-MT). Daines, who did all he could to stop Secretary of Interior Haaland’s confirmation, included the Black Ram clearcut in his Emergency Wildfire and Public Safety Act. A faux Montanan (born in Los Angeles) who gaslit Secretary Haaland’s confirmation hearing by feigning interest in adhering to science, Daines has ignored the fact that the area of the KNF he wants logged hasn’t been susceptible to fire.

What Daines will achieve if Black Ram proceeds is further insult to injury to the Indigenous community. Black Ram proposes building several unauthorized spur trails to the high-volume thru-hiker Pacific Northwest Trail that’s already ten years out-of-compliance. The trail directs unprepared hikers into the small alpine meadows that are designated habitat for grizzly recovery, and are utilized heavily by female grizzlies with cubs.

Over 200 tribal nations signed a treaty to protect the grizzly and sacred lands such as the Yaak Valley. What Indigenous people revere as sacred beings, those such as the grizzly, the wolf, and the cougar, Daines sees as fodder for trophy hunters and trappers.

Violating President Biden’s Jan. 26 executive action on tribal consultation, USFS has yet to consult, as required by law, with Montana Indigenous communities on this project—another Trump-era legacy. The Global Indigenous Council (GIC) and Rocky Mountain Tribal Leaders Council (RMTLC) have filed written complaints with the USDA on its abrogation of the federal-Indian trust responsibility. “Secretary Vilsack is aware that tribal consultation isn’t optional. This area was called home by tribes thousands of years before it was called a National Forest. At issue here is not only treaty rights, tribal sovereignty, and the potential destruction of innumerable Indigenous sacred and historic sites—but also our very souls. If we want to continue living on a habitable planet, Indigenous Traditional Ecological Knowledge needs to take precedence over this Medieval Anglo mentality of killing, deforestation, and the unceasing rape of the earth,” Rain Bear Stands Last, executive director of the Global Indigenous Council commented.

In its March 3 letter to USDA Secretary Tom Vilsack requesting consultation with its member tribes, the RMTLC wrote, “The old forests at Rampike may have been standing for 800 years or longer. There is a strong probability that logging and roadbuilding would destroy innumerable sacred and historic Indigenous sites in the region. These sites have yet to be cataloged as there has been no adherence by the USFS to Section 106 reviews under NHPA.” The RMTLC serves every tribe in Montana, plus the Shoshone-Bannock Tribes of Idaho and the Piikani Nation of the Blackfoot Confederacy. In 2018, the Piikani Nation attempted to initiate “nation-to-nation” consultation on the Yaak with the Trump Administration but was rebuffed.

Adding to this is the specter of climate change being one of the major security challenges for the Department of Homeland Security (DHS). Similarly disturbing to not only DHS but also the Department of Justice, should be the increased drug-and human-smuggling through Black Ram’s new network of clearcuts and logging roads that stands to exacerbate the Murdered and Missing Indigenous Women (MMIW) crisis in the US and Canada, a scourge President Biden has vowed to address.

“President Biden recently made waves by characterizing the lifting of COVID restrictions by some GOP governors as ‘Neanderthal thinking.’ Clearcutting this ancient forest isn’t Neanderthal thinking. The Neanderthals knew how to live with the earth. They didn’t endure through 250,000 years of advancing and receding glaciers and numerous ecological zones by chance. Modern humans have only been around for about 100,000 years. We won’t be around for much longer if the climate deniers, trophy killers, and flat-earthers of the Trump-wing of the GOP prevail at any level – be it federal, state, or local,” warned Rain.

We might ask, Why is so much trouble emanating from a forest hidden deep in northwest Montana? Some would reply, “Because it’s hidden.”

Rick Bass is the author of Fortunate Son (University of New Mexico Press). He teaches at the University of Southern Maine's Stonecoast MFA program. He was Montana State Writer-in-Residence for three years.

Donate
Free Newsletter
About The Author
Author: Rick BassEmail: This email address is being protected from spambots. You need JavaScript enabled to view it.
Breaking News