An Open Letter to President-Elect Joe Biden: Healing America and Restoration of its Soul

It is with great joy, pride, and hope that I congratulate the Biden-Harris team on its historic win. While you have not taken office yet, you have restored confidence that we, as a collective kaleidoscope of freedom, equality, and justice minded individuals, will return to a better path; a path that moves this democratic experiment closer to the principles and ideals that are at the root of the founding of our nation and that have historically made America a leader and the envy of the world. 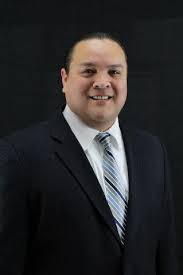 Kitcki A. Carroll. Courtesy photo.Americans are eager for you to exhibit a strong, respectful, visionary, representative, empathetic, humble, truthful, and loving leadership style that is necessary to unify this great country. Under your leadership, we hope for unity around our shared dreams, aspirations, and common purpose; leadership that will restore greater stability, both domestically and internationally. While there is much that we share in common as American people, our differences are also many. However, you have the opportunity to restore and improve upon the framework that each one of us has an equal chance to  thrive, to be successful, and to be heard. You have the opportunity to restore the ability for us all to believe in a better tomorrow for the sake of our children, grandchildren, and generations to come. You have the opportunity to restore an understanding that we share a common bond of humanity as inhabitants of Mother Earth and children of the Creator.

Our country has experienced many turbulent and crossroads moments throughout its young history, but these are particularly tumultuous times. Our relatives — mothers and fathers, sisters and brothers, aunts and uncles — suffer because of the harmful divide currently ravishing our great nation. During your campaign, and once again during your victory speech, you stated “This is the time to heal America… that we must restore the soul of America.” I couldn't agree more, but as a nation, and through your leadership at this critical moment, we must dig deeper than we have ever been willing to do before. You have the opportunity to lead the nation in finally acknowledging and addressing the underlying injustices of our origins.

Our narrative of American exceptionalism has conveniently washed away the stains of the atrocities and shameful acts committed against the Indigenous peoples of America. To justify these acts, America cloaked itself in unjust laws, convenient false interpretations of religious edict, and fraudulent doctrines. However, measured by the greater laws of our Creator, these acts were an absolute violation against the laws of humanity. These original sins perpetrated against Indigenous people were unconscionable and laid the seeds of injustice in America. These sins established the foundation for other acts of racism, intolerance, and bigotry that followed and the institutional racism that we collectively seek to dismantle. These unresolved injustices are collectively at the core of the unrest and civil discord that we continue to experience today.

Despite all its greatness and exceptionalism, America has not been, is not, and never will be perfect; no sovereign, no individual, is or ever will be perfect. However, just like in our own personal lives, the measure of one’s character and integrity is not perfection, but whether we hold ourselves accountable, and further evolve from our shortcomings. This is the true meaning of exceptionalism. In order to move forward and restore the soul of America, in order to heal, we must not only deal with the symptoms presented before us today, but we must own and address these founding acts that are at the root of our continued long standing ailments as a nation.

During your recent victory speeches, both you and Vice President-elect Harris acknowledged Native Americans as part of the American family. While this may seem obvious and insignificant, for a people that most often walk a lived experience of marginalization, disrespect, and invisibility in America, within our own homelands nonetheless, this nod of recognition was special and commendable. However, you  have the opportunity to go even further and establish a new foundation for a unified understanding of our shared American story.

President-elect Biden, recognizing our current state of affairs, the words that you offer on Inauguration Day will have immense and lasting power, as well as hold the potential to serve as a marker for a new day in America. So I humbly request that you consider the following for your inaugural address…

First, you have the opportunity to make history by doing what no President has done before by (1) acknowledging the Indigenous identity of America’s lands, and (2) addressing the truths about our origins as a nation, including atonement for its original sin against its first peoples. The goal is not to shame, but to open the door and lay the foundational groundwork necessary for this great nation to address its systemic racism. Establishing this fundamental understanding will also serve to further evolve and strengthen the sacred Nation to Nation diplomatic relationship that exists between Tribal Nations and the United States.

Second, to announce the establishment of a Truth & Healing Presidential Commission whose composition reflects the diverse beautiful collage of American people and whose charge is to (1) provide a comprehensive report about racism and discrimination in this country, including its origins through today, and (2) offer solutions-based recommendations to address the systemic causes of racism that have plagued this country since its beginning and how we can better address and respond to its manifestations today.

President-elect Biden, I believe that you have the moral courage, vision, and strength to lead us to a place of truth, righteousness, and justice in order to heal and restore the soul of America. I believe in you… America believes in you. But if America continues to be untruthful and ignorant about its failures, and chooses to only share about its glory, it will never fully address the systemic racism that is impeding it from achieving its greatest potential… it will never achieve its principle of Justice for All… and it will never heal. The choice is now yours.

Kitcki A. Carroll (Cheyenne and Arapaho Tribes of Okla.) is the executive director for United South and Eastern Tribes, Inc. (USET). Established in 1969, USET is a non-profit, inter-tribal organization that collectively represents its thirty-three member tribes at the regional and national level.