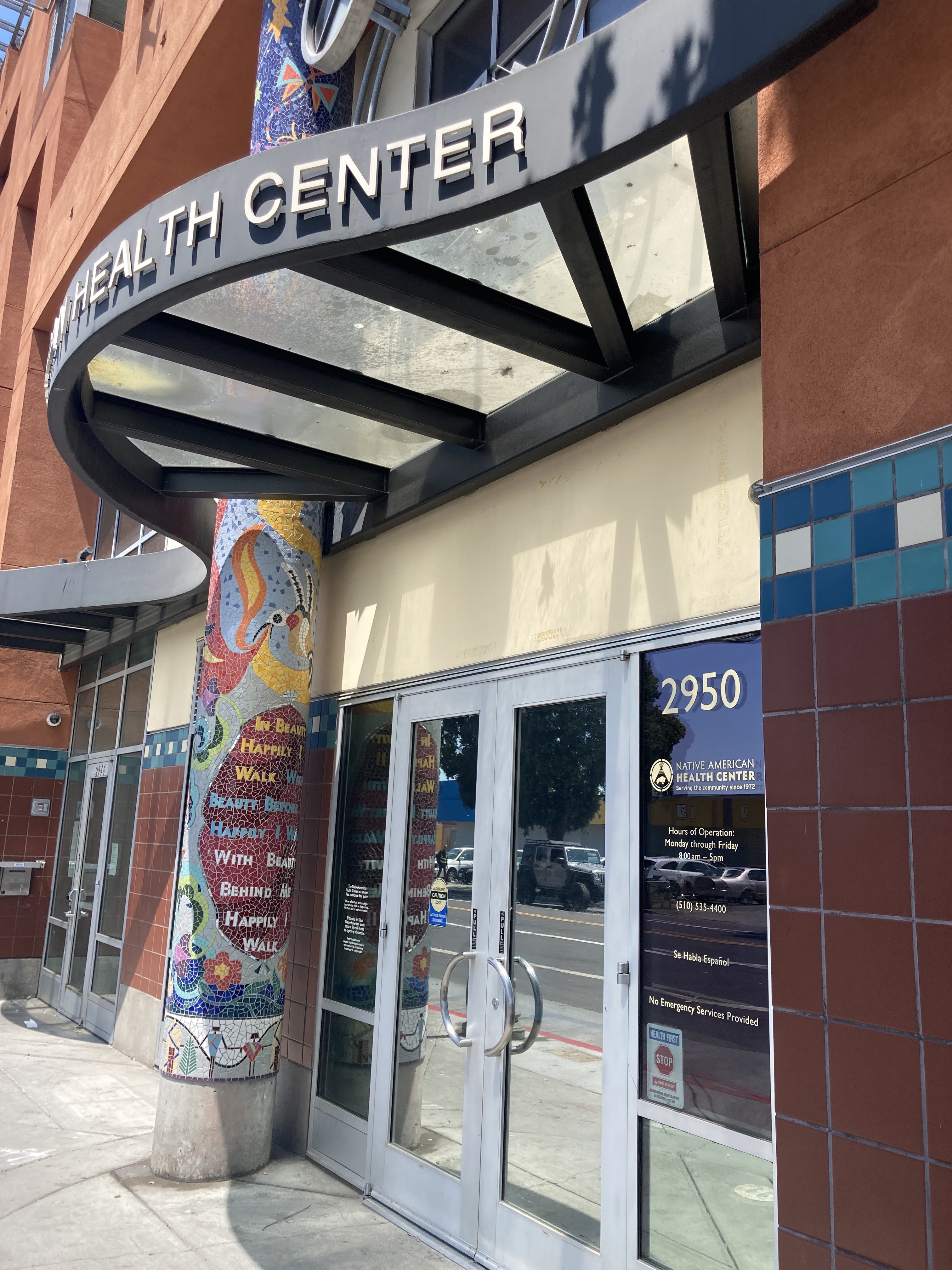 This is the second in a three-part series about Native-specific healthcare organizations and their fight to combat the COVID-19 pandemic by offering traditional healing alongside Western medicine.

To Chirag Patel at the Native American Health Center (NAHC) in Oakland, California, connecting with the community is everything during the COVID-19 pandemic.

“If we didn’t know where they were, we knew where they hung out or we knew other people who could connect us to them,” Patel said. “You can really see the importance of community health clinics because we had these relationships where people trusted us.”

NAHC has been integrating traditional healing into its COVID-19 response as a clinic located on the land of the Muwekma Ohlone Tribe, the people aboriginal to the San Francisco Bay region.

Oakland and San Francisco were original sites of the Bureau of Indian Affairs’ 1950s Urban Indian Relocation Program. Today, the Bay Area has one of the largest intertribal Native populations in the country. According to 2020 Census data, more than 87,000 people identifying as Alaska Native and American Indian reside in the Bay Area’s nine counties.

The county in which NAHC’s Oakland clinic is located has reported that the total COVID-19 case rate for Native American residents is 7,008 per 100,000. This is compared to only 3,394 cases per 100,000 for white county residents.

In April 2020, Patel said a traditional healer began taking client calls from NAHC’s Oakland clinic to offer guidance. By late May 2020, Zoom meetings were available for the clinic’s groups, which include talking circles, drumming groups, and beading lessons.

Though Patel said NAHC was initially concerned about “Zoom-bombers” interrupting sacred spaces, virtual meetings ended up having some benefits.

Patel said he saw an increase in attendance for telehealth and online traditional-healing programming, which Patel attributed to the absence of barriers to care such as transportation and childcare needs.

Online services also mean organizational influence is not confined to their local geographic area. According to Patel, NAHC’s first traditional healing talking circle over RingCentral (a platform similar to Zoom) maxed out capacity as Native people from all over the country tried to join.

“It was pretty incredible to see that reach,” he said. “Even when we return to a ‘normal’ state, I think we’ll always do some sort of virtual event.”

A Return to In-Person Healing

As the vaccination rates among Indigenous people increased, NAHC has been able to host more in-person, traditional healing-related events. According to Centers for Disease Control and Prevention (CDC) data, American Indians and Alaska Natives have the highest vaccination rate in the country.

Additionally, the clinic’s Indigenous Red Market returned after a 14-month hiatus in May 2021. The event celebrates local entrepreneurs through highlighting Native art, music and food. To follow COVID-19 protocol, all attendees’ temperatures were checked and occupancy was limited.

“What we need is that community, because our culture is communal,” Oakland resident and NAHC community advisory board member Ron Leggett said about the market’s importance. Cultural connection is especially important in Native communities impacted by relocation, such as Oakland, he says.

“A lot of people came here and they were lonely,” Leggett said. “My mom came here 10 days after she graduated high school with nothing more than a bus ticket and a voucher to stay at the YWCA.”

Leggett grew up finding a sense of belonging at the Intertribal Friendship House, a Native community center founded in 1955.

“It really was a great place to see people who look like me,” he said. “I was like ‘wow, this is my culture? This is really amazing.’”

“We’re not here as independent souls,” Donna La Chapelle, an Ojibwe-Dakota elder involved with the South Minneapolis Native American Community Clinic (NACC). “We’re here because our ancestors prayed for us and paved the way for us.”