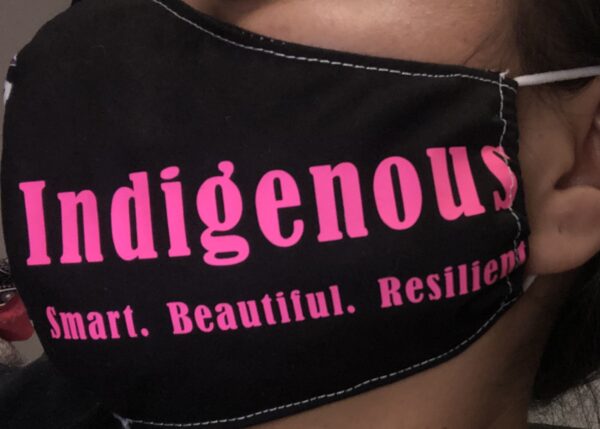 CHICAGO — Multi-talented high school sophomore Nizhoni Ward has a passion for using her skills to effect change and to help others better themselves.

Between advocating for Native causes and Indigenous women, speaking openly about her battles with depression and sewing traditional clothing for girls attending reservation schools, Ward (Navajo/Choctaw) fills her time with myriad creative pursuits that aim to make a difference. 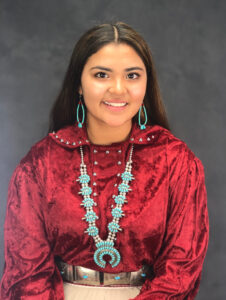 That’s why it was a natural move for Ward, 15, to use her free time during the COVID-19 pandemic to put her skills to use in a way that helped others.

Ward started sewing cloth face masks in early April and has given away more than 500 of them to people in need. As the current Junior Miss Indian Chicago, she has donated her masks to the American Indian Center of Chicago (AIC), Navajo Nation and her neighbors in Chicago’s south suburb of Homewood.

“Even if you don’t want to wear a mask, I still urge people to stay safe and stay cautious rather than risk a life,” Ward said. “I’m privileged to have this skill and want to share it with everyone.”

Her interest in sewing grew at an early age when she watched her mother, LeAnn Osby, and grandmother sew clothes and traditional dresses. Ward began practicing on her Barbie dolls’ clothes at age four and progressed to sewing her own powwow and pageant regalia.

The eldest of four young siblings, she devotes herself to upholding her Native culture and making differences for future generations. She is often outspoken about urban Native issues and is determined to represent Native women in the beauty world. Ward recognizes the value of a good education and plans on pursuing a career to reform the criminal justice system.

“[You] can still make a change no matter how old you are. It only takes one to start a chain reaction,” Ward said. 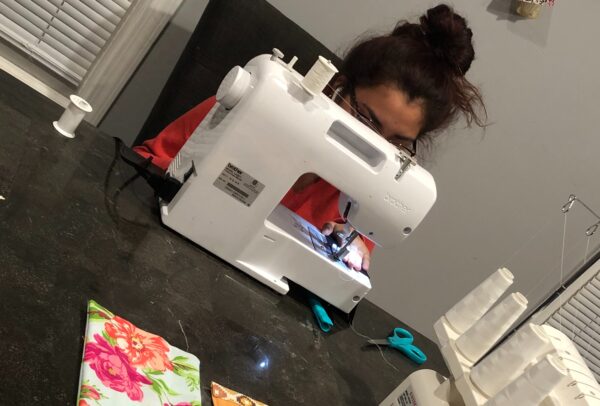 Ward learned how to sew by watching her mother and grandmother. She began practicing on her Barbie dolls’ clothes at age four and progressed to sewing her own powwow and pageant regalia. (Photo: LeAnn Osby)

She is no stranger to philanthropic garment making. After pivotal life changes, including her father’s passing, Ward spent time in Arizona with her grandmother. There, she attended her mother’s boarding school, made friends with the residential students and reconnected with her cultural roots. Many of her friends complimented her handmade ribbon skirts — long skirts with colorful ribbons at the bottom — and she soon recognized a need.

In 2018, she returned to Illinois and began the “Nizhoni Hozho Project” to create 1,000 ribbon skirts and traditional Navajo skirts for all residential girls who attend reservation schools. She facilitated sewing workshops at AIC, hosted online fundraisers, and the project grew beyond its one-year goal.

When the COVID-19 pandemic hit, Ward redirected her efforts — and the stock of materials she had amassed for the Nizhoni Hozho Project — toward making masks instead of skirts. In just two months time, she has sewn more than 500 masks on the Brother sewing machine she sets up on a table in the living room. 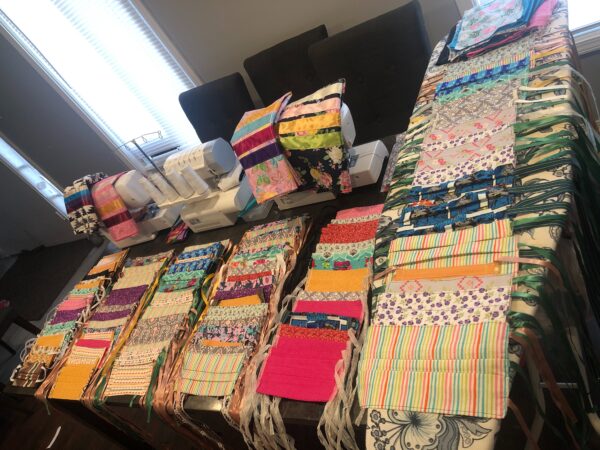 Some of the 500-plus masks Ward has sewn since April. (Photo: LeAnn Osby).

She plans to return to the skirt project as soon as possible and continues to collect donations to reinvest in her supply stock.

This honor’s student ambitions are a force to be reckoned with and her acts of kindness leave long-lasting impressions.

Through the love and support of her family, Ward is opening up about her struggles with depression and wants to bring awareness to mental illness. Recently, she released her second single “Where I Belong,” which focuses on her inner resiliency. She encourages others to keep hope alive and pursue creative ways to express themselves. 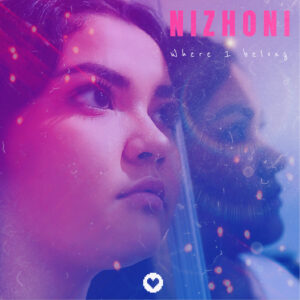 Ward recently released her second single, "Where I Belong", a song about her resiliency.

“Your life is important, and the Creator modeled you to be different, so never take it as a bad thing,” she said.