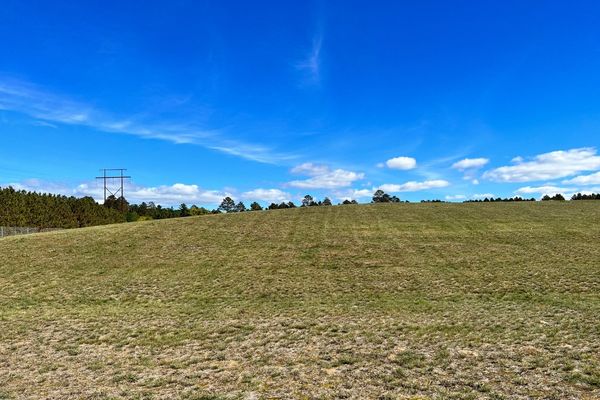 CASS LAKE, Minn.— For nearly 40 years, a 275-acre parcel of land in Cass Lake on the Leech Lake Indian Reservation in northern Minnesota has been contaminated, and those responsible have largely stalled its cleanup.

The St. Regis Paper Company site is a former wood-preservation facility that operated from the mid-1950s to 1985 in Cass Lake, a town of 675 people on the shore of Cass Lake.

Cass Lake is also the headquarters of the Minnesota Chippewa Tribe, the Leech Lake Band of Ojibwe, and the administration of the Chippewa National Forest. Its population has declined by almost two-thirds since 1950. The 15,600-acre lake is the tenth-largest in Minnesota and many fish, wildlife, and plants — including wild rice — depend on the health of its ecosystem.

The facility was built by the Wheeler Lumber Bridge and Supply Company, which was acquired by the St. Regis Paper Company in 1968. It was closed in 1985 after Champion International purchased St. Regis. The site is currently owned by International Paper, one of the largest paper and pulp companies in the world.

The facility treated wood with pesticides, including creosote and pentachlorophenol (PCP), an industrial wood preservative used to protect utility poles and crossarms, the horizontal bars that hold up power lines, from insects and fungi. PCP is currently being phased out by the federal Environmental Protection Agency, which says it poses cancer and other health risks to workers and is “very highly toxic” to honeybees and aquatic plants and animals. In addition, wastewater was dumped into nearby ponds and occasionally used for irrigation.

Elaine Fleming, former mayor of Cass Lake and an enrolled member of the Leech Lake Band of Ojibwe, recalls that a pond in Cass Lake covered an entire city block in the 1950s. People called it “Rainbow Pond” because of the oil-slick colors on its surface created by chemicals from the wood processing facility.

Fleming was born in 1952 and lived near where the St. Regis Paper Company burned and processed wood. Back then, the community gathered their water for cooking, bathing, and drinking from a community pump nearby.

“My family, like many other families, fished, grew our vegetables, played, breathed, ate, and drank water because we assumed it was OK,” she said.

Over the years, various chemicals used at the facility leaked into the soil and eventually into two aquifers, which flow into nearby Pike Bay in Cass Lake by way of Fox Creek. Locals have nicknamed Fox Creek “Shit Creek” because of the sludge that used to drain into the bay.

The Leech Lake Band of Ojibwe’s Department of Resource Management estimates that groundwater under more than 325 acres of land is contaminated. The tribe advises pregnant women and small children not to eat all but the smallest fish from Cass Lake and recommends that no one eat whitefish. (Fish with greater fat content, such as whitefish, accumulate higher concentrations of pesticides and other toxic chemicals than fish with lower fat content, such as walleye.)

The EPA declared the St. Regis Paper Company site a Superfund site in 1984. Superfund sites are polluted locations that require a long-term response to clean up hazardous material contaminations.

When the EPA designates a Superfund site, it conducts a search to find all of the parties responsible for its contamination, who are deemed “potentially responsible parties.” The agency then negotiates with those parties to conduct cleanup activities under its oversight. While the EPA doesn’t have jurisdiction over tribal lands, cleanup in Indian Country must comply with environmental laws and requirements in the same manner and to the same extent as any other federally regulated site.

As of Oct. 4, there were 1,334 Superfund sites on the EPA’s National Priorities List, but there is no comprehensive list of how many are on tribal lands. Indian Country Today published an article in 2014, updated in 2018, that stated that there are 532 Superfund sites at least partially on tribal lands, but did not give any attribution for those numbers. According to the Government Accountability Office, the EPA does not have reliable data identifying National Priorities List sites on tribal property or those affecting tribes.

Fleming built her campaign for mayor in 2003 on addressing the St. Regis Paper site, but she learned very quickly that people in the town didn’t want any publicity about the area being contaminated because of the potential impact on tourism, a major part of the local economy. She was Cass Lake’s first American Indian mayor and served two terms, winning her first term by seven votes and her second as a write-in candidate.

“I was told by other Cass Lake City Council members that I had no right to talk about the Superfund site because I’m not a scientist,” Fleming, currently a professor at Leech Lake Tribal College, said. “But these are multibillion-dollar companies that have the resources to clean up their pollution on our lands, and our health and welfare have been of no concern to them.”

Fleming considers the Superfund site — and the inaction around it — an act of racism.

“To this day, I can look across the road and see that the Superfund site is still there,” she said. “These corporations tell us they have no funds to conduct studies or clean up.”

A representative from International Paper did not respond to questions about the site.

The federal and state governments are both currently working on the cleanup. Significant work has already been completed, the EPA said in an email to Native News Online. According to the agency, the state of Minnesota oversaw the excavation and containment of 42,000 cubic yards of heavily contaminated soil and sludge from the former St. Regis Paper Company site and the Cass Lake city dump from 1984 to 1995.

Champion International Corporation excavated visibly contaminated soils and sludges and placed them into a containment vault on the site on the Leech Lake reservation. Locals call it the “vault.” It’s a large mound of heavily polluted soil contained in a thin plastic liner, surrounded by a barbed wire fence and monitored by private security. The property is now owned by International Paper, which acquired Champion International in 2000.

Hundreds of red pine trees were planted outside the “vault” in the 1980s to shield what is buried there. The contamination caused by the facility is largely unknown beyond people who lived in the area between the 1950s and 1980s.

“In 1995, EPA became the lead agency for the site and subsequently oversaw the removal of nearly 4,000 tons of contaminated soil, and a site-wide comprehensive human health and risk assessment that involved thousands of samples of soil, sediment, groundwater, surface water, house dust, and tissue from fish, other aquatic organisms, and plants,” EPA spokesperson Rachel Bassler told Native News Online. “Additional groundwater investigations since 2010 have improved EPA’s understanding of groundwater contamination and migration, and the extraction system has been modified to improve capture of the contaminated groundwater.”

“EPA continues to work with all parties to address the outstanding final cleanup actions, as well as oversee and optimize the performance of the existing groundwater remedy,” the agency said in an email.

The Superfund site accounts for nearly 25 percent of the town of Cass Lake’s land area, and the Leech Lake Band of Ojibwe has been unable to use it for commercial, residential, or cultural purposes. It hopes that redeveloping the site will revitalize the local economy.

In May 2021, the EPA issued an administrative order to International Paper and Burlington Northern Santa Fe, which both own property on the site, to clean up the contamination in Cass Lake. That cleanup is estimated to cost more than $21 million.