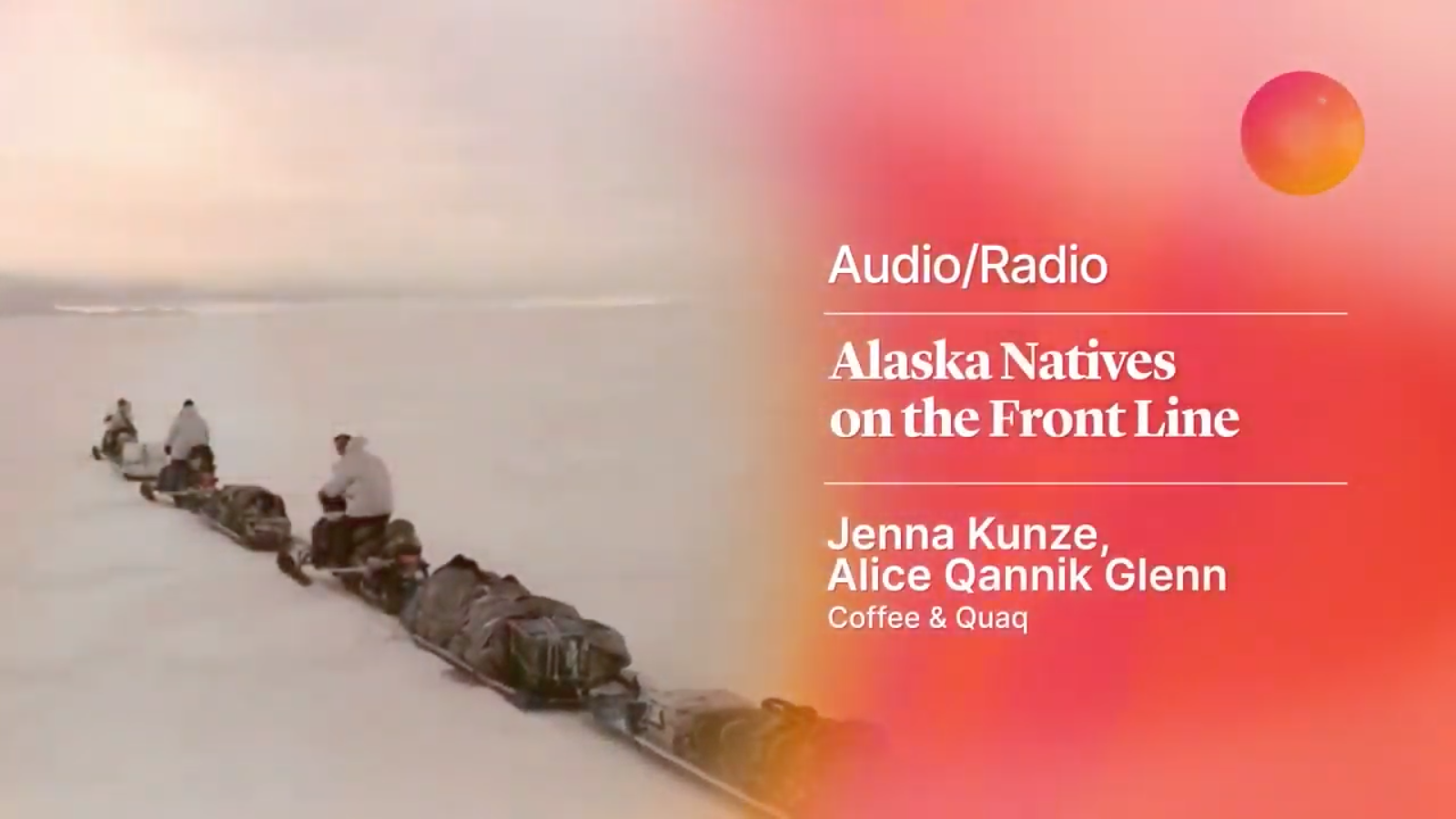 Kunze and Quannik Glenn were selected as winners in the Audio/Radio category for “Alaska Natives on the Front Line” a 2020 podcast series that provided an insider’s look at the impact of climate change on the Indigenous community of Utqiagvik, Alaska. Their entry was one of 12 winners selected from more than 600 entries from 38 countries.

Hosted by NBC News journalists Al Roker and Savannah Sellers during a livestream from Rockefeller Center in New York, the awards “not only represent outstanding reporting, they connect you with the people living the climate story and provide science-driven, solutions focused coverage to meet the crisis facing humanity,” Sellers said.

Covering Climate Now was founded in 2019 by the Columbia Journalism Review and The Nation magazine to “break the climate silence that pervaded so much of the media,” Roker said. Since then, Covering Climate Now has grown to more than 400 news outlets reaching 2 billion people. The awards honor journalistic excellence and encourage newsrooms everywhere to “up their game on the defining story of our time,” Roker said. 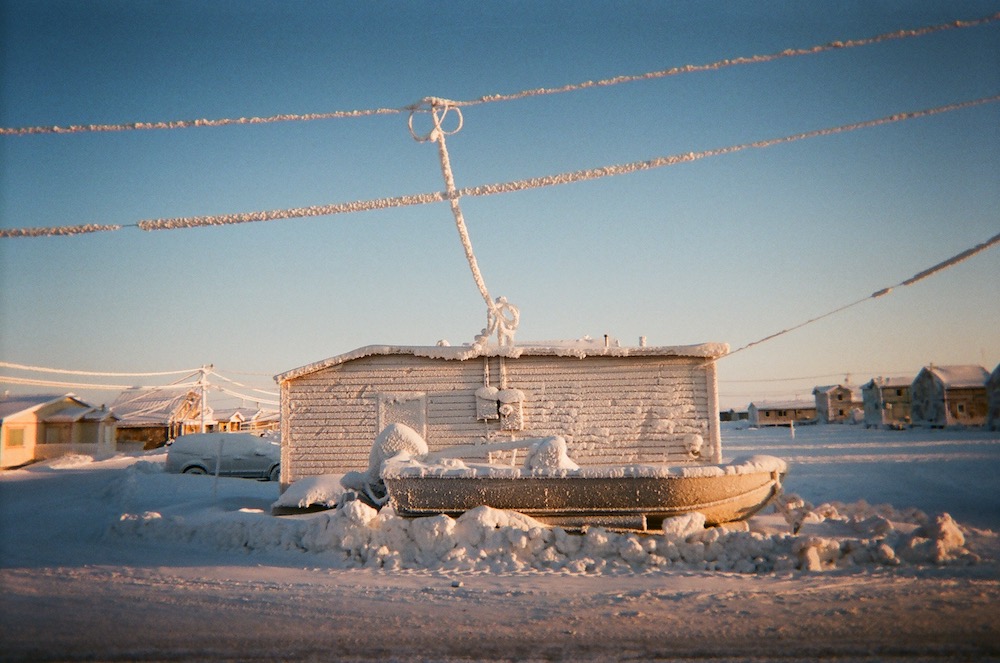 A local home in Utqiagvik. (Photo/Jenna Kunze) With the “Alaska Natives on the Front Lines” podcast, Kunze and Qannik Glenn drew listeners into a culture unfamiliar to many, revealing the precariousness of tundra existence as the planet warms and the resilience and resourcefulness needed to adapt and survive. The series was supported by grant funding from the Pulitzer Center’s Connected Coastlines reporting initiative.

The award-winning episodes were produced by Qannik Glenn as part of the Coffee & Quaq podcast that she started to bring Native representation to the media.  She produced four Alaska Natives on the Front Lines episodes from the interviews she and Kunze conducted that looked at different sectors of the community and how they’ve been resilient to climate change. Kunze also reported a companion print and digital story for High Country News called "As the Arctic Warms, the Inupiat adapt."

In announcing the podcast as the audio/radio category winner, the judges cited the “locals interviewing locals” approach that Kunze and Qannik Glenn leaned on during the series.

“It’s part of America that you don’t often hear about and it wasn’t done by outsiders going in and telling you about Alaska, it was about people who live in the community and know the community very well,” said Suzanne Levy, a senior editor at Southern California Public Radio station KPCC who served as a judge.

“It was really important to me that I approach this project in a really intentional and thoughtful way because it’s not just a dot on the map, it’s my hometown,” Qannik Glenn said.

In researching the story, the pair came across reporting that looked at the way climate change is talked about in major media outlets, Kunze said. “It’s often a … parachute reporter that comes in for a short amount of time and doesn’t know the community and reports on it in a language that they use. It’s often the language of loss:  cultural extinction, language extinction, all of these really brutal words with negative connotations.

“Alice and I wanted to avoid that and really wanted to just hand the mic to people who are most impacted and hear what they had to say,” Kunze said. 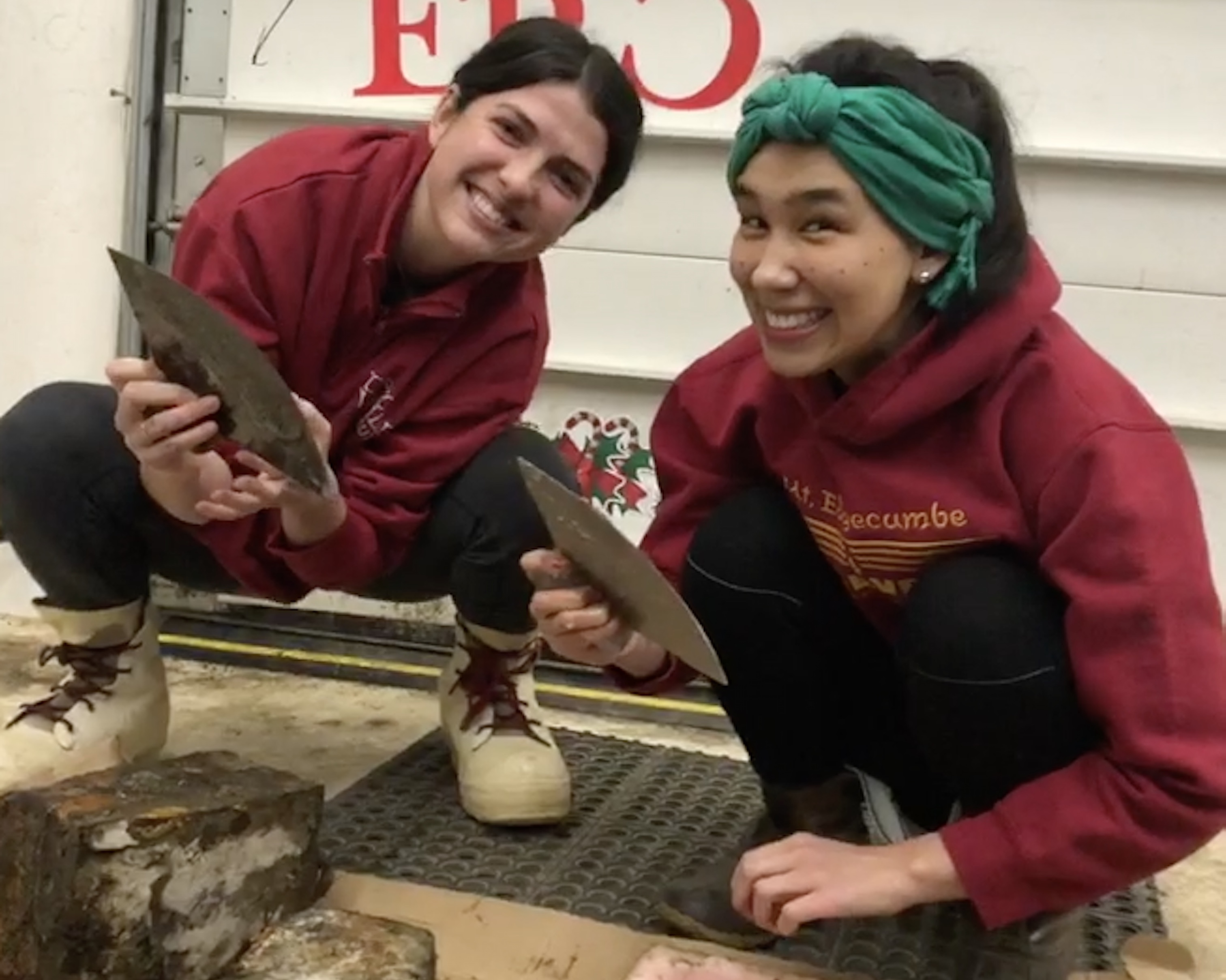 Journalists Jenna Kunze (left) and Alice Qannik Glenn (right) cut up frozen whale blubber, or maktak, in Spring 2019. (Photo/Courtesy Jenna Kunze)The judges also noted the solutions orientation of the reporters and the Alaskans who participated in the storytelling.

“One of the very heartening aspects of that story that comes through is that these people do not see themselves as victims, although you could argue that they are, but they are focused on solving the problem,” Mark Hertsgaard, executive director of Covering Climate Now, said during the awards live stream.

“I hope that reporters and people continue to highlight innovative solutions,” Kunze said during the event. “I think that the big thing is solutions journalism and opening the door … not just saying, ‘Wow, look at this community that is going to fall into the ocean’, but saying, ‘Look at how they’re funding a seawall to prevent that from happening.’”

“Living in the Arctic is not easy, but with that hardship comes ingenuity,” Qannik Glenn said. In reporting the story, she said, “Everyone had the same sentiment of ‘We’re here, we’ve always been here, and we’re always going to be here.’”