Minnesota Lt. Gov. Peggy Flanagan Pressured to Stop Line 3 Oil Pipeline by Her Tribe and Others 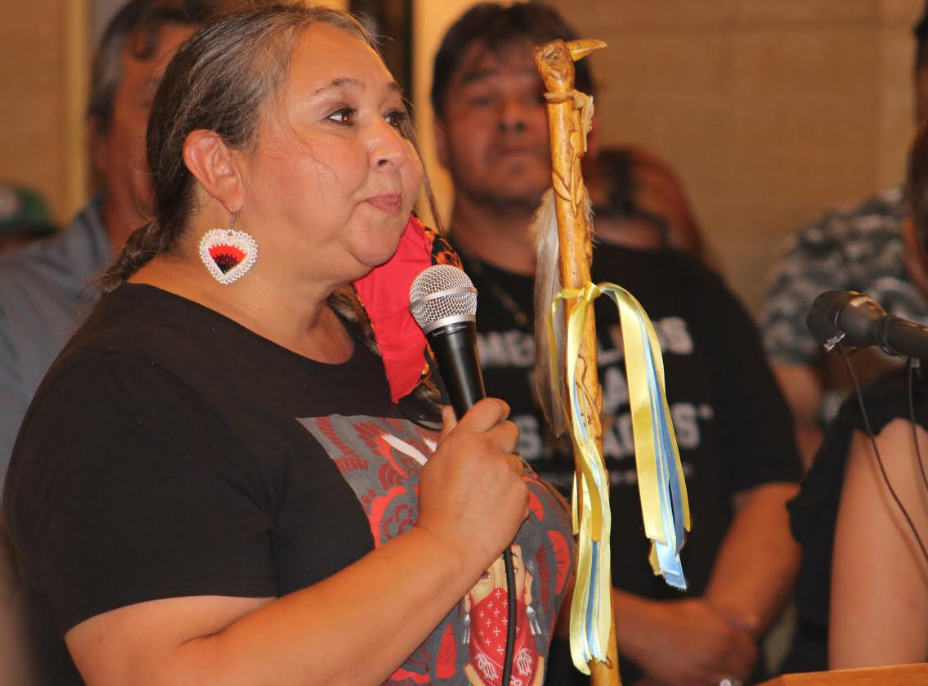 “I’m disappointed that we came all this way and she didn’t even bother to show up,” said Karen Wadena, an enrolled citizen of the White Earth Band of Ojibwe from Naytahwaush, Minn., of Flanagan.

Flanagan maintains she does not have the ability as the second highest ranking elected official of the state of Minnesota to stop the controversial pipeline.

“While I cannot stop Line 3, I will continue to do what is within my power to make sure our people are seen, heard, valued and protected,” Peggy Flanagan said on a Facebook post after the demonstration. “I stand with my people in opposition to Line 3.” Flanagan is an enrolled member of the White Earth Band of Ojibwe.

A request from Native News Online for comment was unanswered from Governor Tim Walz and Lt. Gov. Peggy Flanagan’s press secretary as of press time.

“This is the most important fight in the country right now,” said Sierra Club Executive Director Michael Brune, who drove with his family to attend the demonstration in Saint Paul, Minn., from California. “This is a fight about tribal sovereignty, corporate control, air, water, climate, our democracy, and our people.”

In recent weeks protest activity has increased near the pipeline’s route and more than 500 people have been arrested or issued citations since construction began in Minnesota. Today, the White Earth Band of Ojibwe, the Red Lake Band of Chippewa, the Sierra Club, and Honor the Earth asked the Minnesota Supreme Court to overturn a lower court’s decision that approved permits granted by independent regulators. The permits allowed construction to begin last December.

President Biden could still decide to withdraw the federal permits that gives the pipeline the permission it needs for construction. Ojibwe tribes in Minnesota are concerned about the more than 200 water bodies the pipeline will cross. Leaders contend that a spill or lead could contaminate the water, affecting wild rice, which is protected by treaties.

“Treaties are the supreme law of the land,” said RISE Coalition Co-Founder Dawn Goodwin at the Minnesota State Capital.

In 2019, the White Earth Band of Ojibwe passed a Rights of Manoomin, rights of Wild Rice, Resolution, and became tribal law. The law states that its citizens must protect wild rice and argue that this right is protected under the American Indian Religious Freedom Act.

"All ceremonies and dancing, religious and cultural, including wild ricing were outlawed by the US Federal Government’s “Civilization Regulations” from the 1880s to the mid-1930s," said Cheyenne and Hodulgee Muscogee Suzan Shown Harjo to Native News Online.

“I believe they are right!” said Harjo of the White Earth Band of Ojibwe’s passing of the Rights of Manoomin. Harjo is a veteran of the Native religious freedom movement and was awarded a Medal of Freedom for her decades of service to Native people in 2014.