Enbridge Announces Line 3 is Complete, Oil Will Flow on Friday 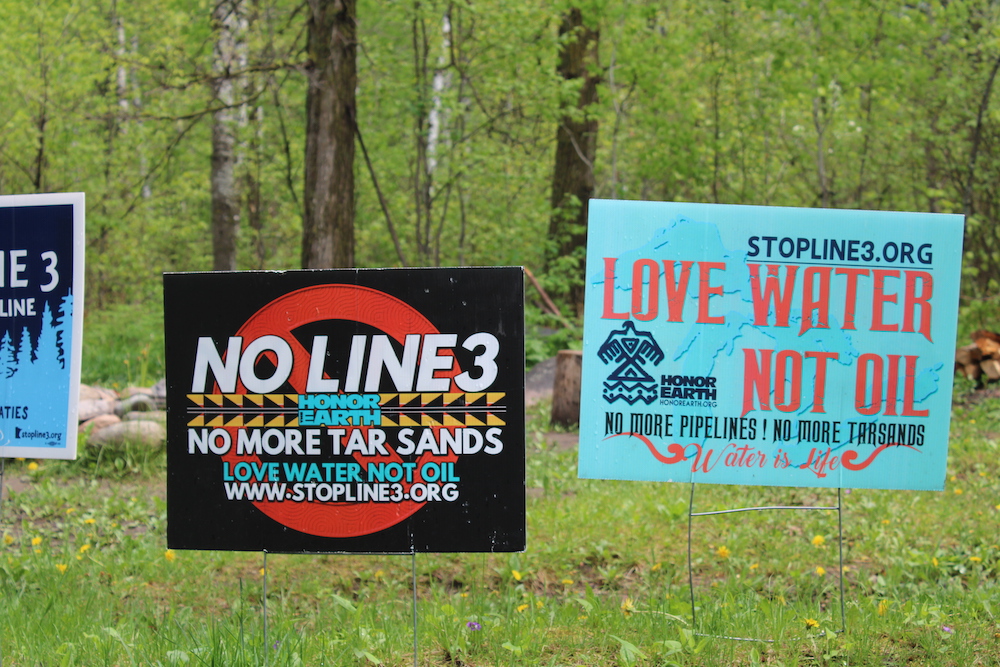 MINNEAPOLIS.—Enbridge Inc. announced on Wednesday that construction on its Line 3 pipeline in Minnesota is “substantially complete” and oil is expected to start flowing by Friday. The pipeline’s Canadian, North Dakota and Wisconsin segments were finished earlier this year, and the Canadian and Wisconsin portions are already in service.

“We are pleased that Line 3 is complete and will soon deliver the low cost and reliable energy that people depend on every day," Enbridge President and Chief Executive Officer Al Monaco said in a statement on Wednesday.

Winona LaDuke, executive director of Honor the Earth, said that although the project is completed, the resistance to it isn’t.

“Line 3 is a crime against the environment and Indigenous rights, waters and lands, and it marks the end of the tar sands era, but not the end of the resistance to it,” LaDuke said in a statement on Wednesday. “Enbridge has raced to build this line before the Federal court has passed judgment on our appeals about the line, but the people have: We believe the most expensive tar sands oil pipeline ever built in the U.S. will be the last.”

Just a few weeks ago, on Sept. 16, the Minnesota Department of Natural Resources ordered Enbridge to pay $3.3 million for violating the state’s environmental laws. During construction, it pierced a groundwater aquifer that released more than 24 million gallons of groundwater near Clearbook in northwestern Minnesota.

“Enbridge’s actions are clear violations of state law and also of public trust. This never should have happened, and we are holding the company fully accountable,” DNR Commissioner Sarah Strommen said in a news release.

According to Enbridge, the Line 3 replacement was the most studied pipeline project in Minnesota history, with input gathered from 71 public comment regulatory meetings and over 3,500 community engagement meetings. The company claims that the project had approvals from federal, state, and local agencies, and American Indian Tribes.

The pipeline’s development also gave rise to ongoing protests by Indigenous people and environmentalists who oppose the project’s environmental impact and violations of tribal sovereignty.

Since construction began last December, more than 800 people have been arrested or cited for actions related to protesting construction of the pipeline. MPR News recently reported that courtrooms in northern Minnesota are overwhelmed with a shortage of legal help.

“Over 800 people from all walks of life were arrested here for protecting our land, treaty obligations to tribal nations were once again violated, statutory requirements were cast aside in favor of corporate greed,” Giniw Collective Founder Tara Houska said in a statement. “We were shot at with rubber bullets paid for by Enbridge, police officers in financial relationship with a foreign company used pain compliance on us, we face years in prison for defending the drinking water of tens of millions downstream from Alberta tar sands oil set to flow through the Mississippi River headwaters, 22 rivers, 800 wetlands.”

As part of the permitting process for the Line 3, Enbridge was required by the Minnesota Public Utilities Commission to create a Public Safety Escrow Trust to reimburse costs to law enforcement for monitoring construction of the pipeline. To date, Enbridge has given Minnesota $2 million to fund policing near construction of the Line 3 tar sands oil pipeline. That amount is expected to go higher.

Line 3 is a 1,097 mile pipeline that starts in Alberta, Canada, with a small section in North Dakota before crossing Minnesota to Enbridge’s terminal in Superior, Wisconsin. 337 miles of the pipeline’s route crosses northern Minnesota, a region some Ojibwe tribes have treaty rights to. The pipeline’s cost is more than $9 billion, with $5.3 billion Canadian dollars for the Canadian section and $4 billion in the U.S.

When completed, Line 3 will be the largest tar sands oil pipeline in the world with an anticipated capacity of 760,000 barrels per day. The pipeline’s total output has been calculated to be equivalent to the emissions created by 50 coal power plants.

Leaders in Minnesota have opposed the pipeline’s construction and argue that the pipeline would worsen climate change and risk the pristine waterways and wetlands where wild rice is harvested.

This evening more than a dozen people set up a new location for Camp Firelight near Bagley, Minn. to oppose Enbridge and to pray for the water. “We’ll be here as long as we need to be,” RISE Coalition Founder Dawn Goodwin told Native News Online.

A “rights of nature” lawsuit is pending in the White Earth tribal court, but the State of Minnesota has gone to federal court to block the lawsuit from proceeding in tribal court. The lawsuit named Manoomin — the Ojibwe word for wild rice — as one of the plaintiffs.