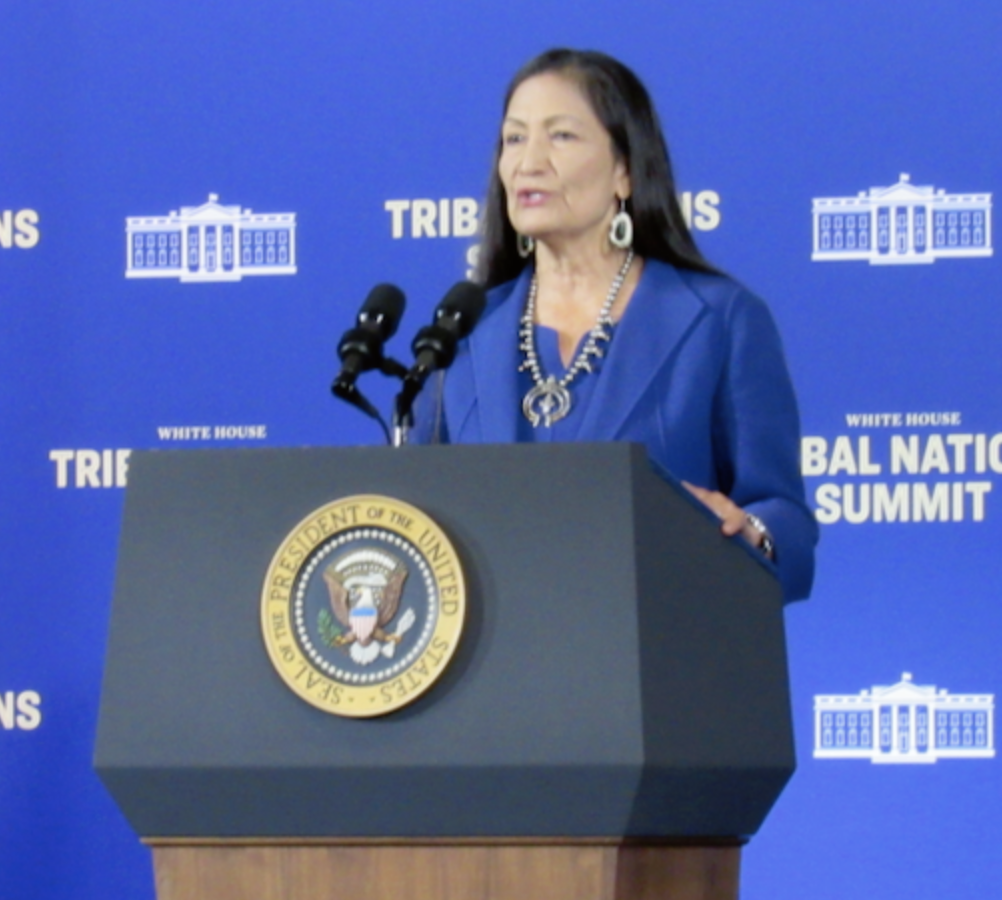 WASHINGTON— Yesterday, the Department of Interior (DOI) announced the launching of a new program for federally recognized tribes seeking to relocate as a result of climate change.

Secretary of the Interior Deb Haaland initially announced $135 million in funding at the 2022 White House Tribal Leaders Summit. The funds will assist 11 Tribes in advancing relocation efforts and adaption planning.

“As part of the federal government’s treaty and trust responsibility to protect Tribal sovereignty and revitalize tribal communities, we must safeguard Indian Country from the intensifying and unique impacts of climate change,” said Secretary of the Interior Deb Haaland in a statement on Nov. 30. “Helping these communities move to safety on their homelands is one of the most important climate-related investments we could make in Indian Country.”

The Voluntary Community-Driven Relocation program is led by the DOI and will assist Tribal communities severely impacted by climate-related environmental threats. The funds have been allocated through the Bipartisan Infrastructure Law and Inflation Reduction Act, with additional support to be provided by the Federal Emergency Management Administration (FEMA) and the Denali Commission.

The DOI will provide $25 million each to the Quinault Indian Nation (Wash.), Newton Village (Alaska), and the Native Village of Napakiak (Alaska). The Interior announced that each community is at high risk of erosion, and Napakiak is predicted to lose most of its critical infrastructure by 2030. FEMA is awarding approximately $17.7 million to assist the three communities in their efforts to acquire, demolish and build new infrastructure out of harm’s way.

A 2020 BIA study estimated that up to $5 billion will be needed over the next 50 years to address Tribal relocation infrastructure needs in response to climate change impacts. The Bipartisan Infrastructure Law provides $466 million to the BIA over five years, including $216 million for climate resilience programs, provided as $43.2 million annually for five years. Of that funding, $130 million is for community relocation and $86 million is for Tribal climate resilience and adaptation projects.