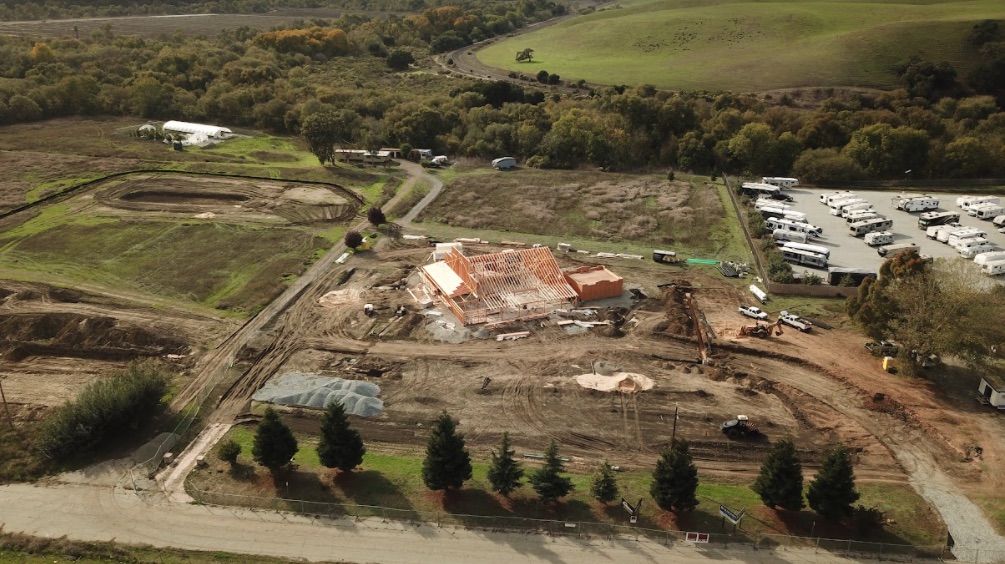 SACRAMENTO—Since 2015, the Amah Mutsun Tribal Band of Costanoan/Ohlone have been vehemently opposing a proposed quarry in central California that will eventually destroy four sacred mountains and cause serious ecological damage to Juristac, an area that is the heart of the tribe’s ancestral lands.

The proposed sand and gravel quarry would be located on and around the former Sargent Ranch in Santa Clara and San Benito counties near Gilroy, about 40 miles southeast of San Jose. The Debt Acquisition Company of America, a wealthy developer group from San Diego bought the land at auction in 2015 and plans to develop 317 acres of this sacred area.

For the Amah Mutsun, Juristac is the home of a powerful spiritual being known as Kuksui. Juristac translates as “Place of the Big Head.” Big Head dances and other healing and renewal ceremonies took place here for centuries. The entire area contains ceremonial sites, cultural sites, burial sites, villages, bedrock mortars (the holes that are made from centuries of pounding acorns, seeds, and other gathered foods into the rock), and other items of significance to the Amah Mutsun people. “The destruction and domination of Amah Mutsun culture, spirituality, environment, and people never ended,” tribal chairman Valentin Lopez states. “It evolved into these destructive and dominating projects we see today.”

Debt Acquisition Company of America has applied for a permit to construct a “seasonal fruit stand” at the Betabel site–despite the fact there are no fruit farms in the area. Under San Benito County regulations, a seasonal fruit stand does not require a California Environmental Quality Act (CEQA) review, consultations with Native American tribes, nor the presence of a Native American monitor on the site during ground-disturbance activities.

“It is clear from aerial photos and documents we have obtained that this is a 10,000-square-foot “seasonal fruit stand” in an area where no fruit is grown. Earth-moving has already begun, and will disturb and destroy sacred sites,” said Lopez.

Lawyers for the Amah Mutsun have sent letters to the California governor’s Office of Planning and Research opposing the Betabel and Juristac projects on the grounds that the developers did not consult the tribe prior to starting, did not obtain the proper permits, and did not do a CEQA environmental review or any archaeological or cultural monitoring.

“We believe San Benito County is in violation of county regulations which state that these things must be done before any development,” Lopez said. “We need our rights protected as an American Indian tribe with a legitimate claim to our land. Our Amah Mutsun tribal history, culture, spirituality, and people deserve to be treated with the same respect as other religious and cultural groups.”

For more information about Juristac and the efforts to stop the mine, visit http://www.protectjuristac.org