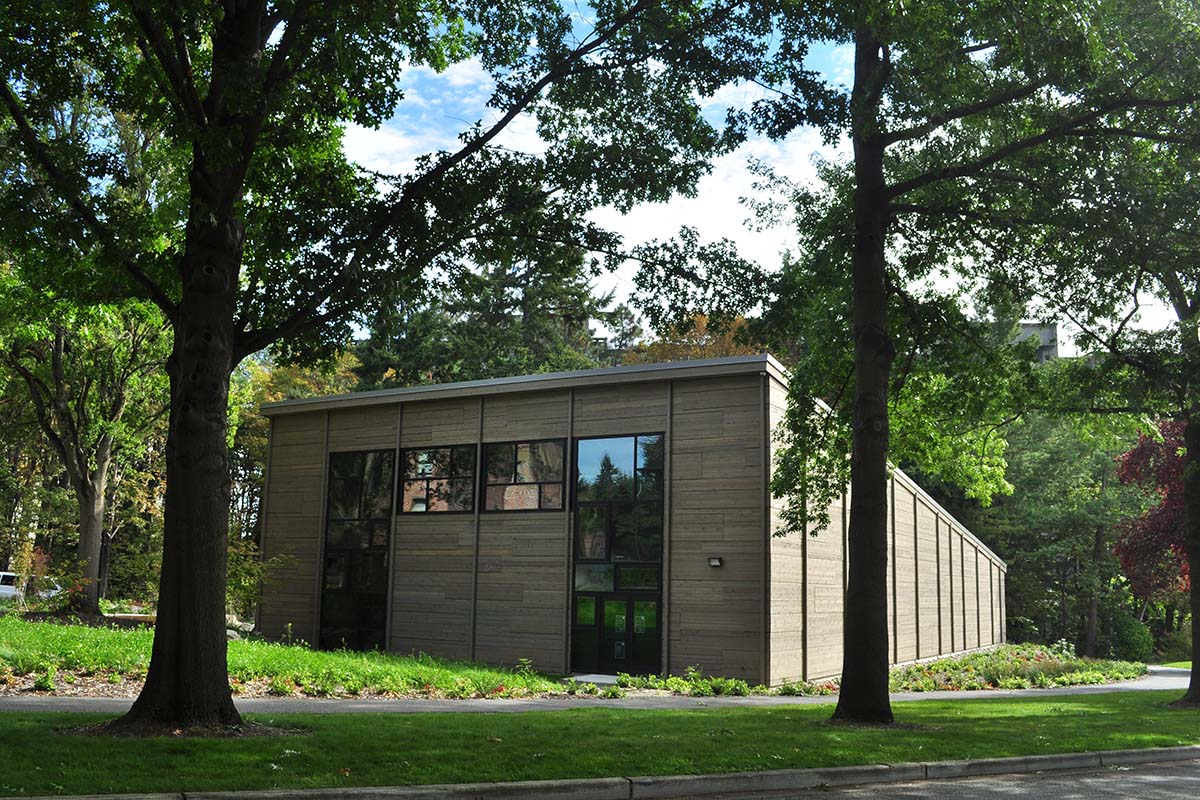 The Center for American Indian and Indigenous Studies at the University of Washington had big plans when they envisioned launching the Native UW Scholars program last year.

New Native American students would get to meet on campus before classes began, visit various places around the university’s campus and travel around Seattle and the Puget Sound region before meeting weekly during the academic year.

Then the Covid-19 pandemic began, and the program was forced to move online. Despite going completely virtual, organizers and mentors say the program’s rollout has been a success.

The Native UW Scholars program, or NUW Scholars, ​launched in September and brings together first-year and transfer Native American and Alaska Native students, one of the smallest ethnic groups on the University of Washington campus.

In an email interview, Dian Million, chairman of the American Indian Studies department at the University of Washington, said the overarching goal of the program is to “build community across the year and help students braid their academic and social lives on the UW campus and on local Coast Salish lands.”

The program was originally slated to bring Native students together for a one-week residential experience on campus before classes began. Students were going to take three campus tours, including the athletic facilities and bookstores. During the school year, students would have met weekly for a seminar in addition to meeting for some other special events like movie nights, a tour of Seattle, a baseball game, a live music event and a visit to Daybreak Star Indian Cultural Center.

Tino Hampson-Medina, a peer mentor and senior at the University of Washington, said that the program wanted to “break the barrier of the university and kind of be more of a wider Seattle, Pacific Northwest tribal land experience. All of that has had to change because of Covid-19, but we’re still looking to continue sometime in the near future, circumstances being what they are.”

According to the University of Washington Office of Minority Affairs & Diversity​, Native students make up the school's smallest ethnic group, only slightly smaller than Native Hawaiians and Pacific Islanders. As of fall 2019, 356 students identified as American Indian or Alaska Native, representing only 1.2 percent of the total student population.

“Bridge programs” like NUW Scholars serve an important role in the success of students that are members of underrepresented communities. Casey Wynecoop, assistant director of the wǝɫǝbʔaltxw – Intellectual House, said that UW had these types of programs in the past, but they were discontinued mainly due to low attendance by Native students. This latest program has a new source of funding. 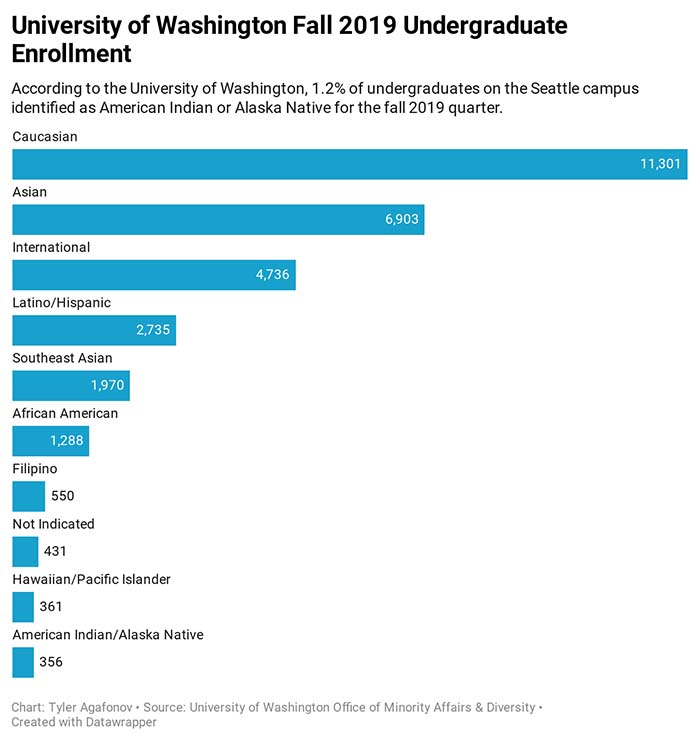 “There aren’t any active programs for American Indian students, so this is filling that gap that people found successful in the past,” he said.

Many of the NUW meetings and events were scheduled to be held in the ​wǝɫǝbʔaltxw – Intellectual House​, which opened in 2015 to support Native students. “wǝɫǝbʔaltxw” is a Lushootseed word that translates to “Intellectual House.”

As the world changed amid the Covid-19 pandemic, the NUW Scholars program did too. Instead of meeting on campus each week and exploring Seattle, students meet via Zoom and built community connections, even while social distancing.

During their weekly meetings, “a lot of it is checking in, just making sure they’re doing well in school and if they have any issues. But we’re also bringing in speakers and bringing in successful Native students and Native people working in the community,” said Todd Clark, program manager of the Center for American Indian and Indigenous Studies at the University of Washington.

Some seminar meetings include workshops on financial literacy, using the university library system and selecting a major, while others feature Native artists, musicians and storytellers.

NUW Scholars was one of six programs at the Center for American Indian and Indigenous Studies funded by ​a $1.8 million grant​ awarded in 2019 by the Andrew W. Mellon Foundation, a 51-year-old institution that supports arts and humanities programs across the United States. Other programs include Native Pathways @ UW, which supports graduate student instructors; Research Families, a program for undergraduates pursuing research; the American Indian and Indigenous Studies Scholars program, which supports the graduate student community; and the Native Knowledge-in-Residence, a program that helps bring Native scholars to the university.

The Center was established​ in 2018 to support research of American Indian and Indigenous studies across departments at the University of Washington’s three campuses in Seattle, Bothell and Tacoma. It is affiliated with the Department of American Indian Studies, which began ​its history​ at the University of Washington in 1970, following protests from Native American students that demanded more diversity at the state’s flagship university.

Despite their disappointment at the lack of in-person opportunities for the students, program administrators are hopeful that this year will provide lessons for the future.

“Because it’s our first year, we haven’t had the big struggle of having a pre-set program, a format we’ve had for years and somehow transitioned online,” Hampson-Medina said.